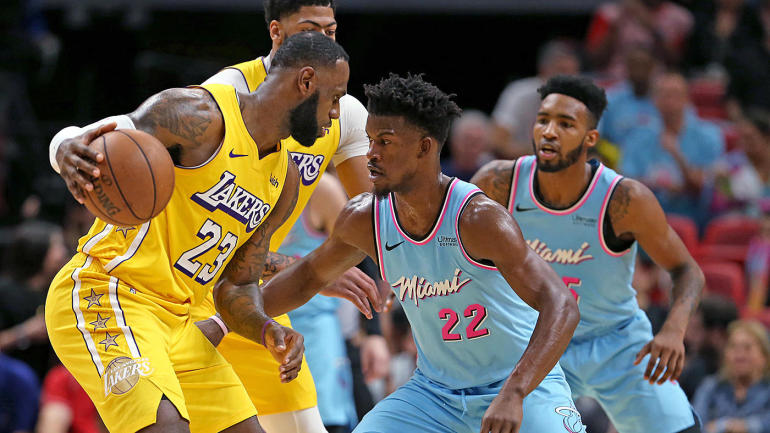 I’m gonna start this the way I started my tweet celebrations last night, and please read it in a Mike Breen voice … “BANG!”

After only two weeks, we had our first monster winning night, going five-for-five in our NBA plays yesterday! Yours truly might have played a little $25 parlay and won a nice $600, so it’s easy to say I’m having a fantastic start to my weekend. Really hope all of you made some money as well.

Now, it’s time to stop blatantly celebrating the past, and start looking towards the future. We have a full slate of college games, and plenty of NBA games to choose from today, and whether you’re ready or not, here comes your Saturday Six-Pack of picks:

BIAS WARNING: I went to Saint Joe’s and they are one of my teams. I will never bet against the Hawks, but would only include them in the post if I actually like them.

This is the worst Hawks season this century. While I do like the team to win today, and will explain why shortly, there is a very realistic shot this team finishes with only one win this season. For the record, I wanted the school to keep Phil Martelli, and you can verify this with my roommate and best friend, Tom. I 100% would have given him a lifetime contract. Not Tom, but Phil.

Was he perfect? No, of course not, specifically his team could never shoot free throws. But he would win the A10 every four years or so, and that’s very good for what Saint Joe’s should be. SJU brought in a new athletic director, and I feel they wanted to make a splash. What’s the best way to do that? Fire the guy who’s been there for 20 years. Well, congrats. Look what happened.

Sorry for that rant – but we went five-for-five yesterday! So I deserve 50 or so words of just pure Saint Joe’s frustration. Back to today’s game. It really comes down to two things. First off, the line movement. The line is sitting at +3.5 for the Hawks. Why is a team that is 1-14 only a 1.5 point underdog? I’m reading this as the sportsbooks are telling us something.

My second reason might also be the cause of the first reason. Ryan Daly is back. I know that name may not mean much to you if you haven’t spent much time on Hawk Hill, but this kid is a great college player. What I’m about to say really is a compliment, I promise. Remember in “Space Jam,” when Michael Jordan’s golf ball is going 80 different directions because Buggs Bunny had the magnet? Imagine that on a basketball court, only it’s now a bowling ball that is too strong for anyone to actually handle. That is the best way I can describe Daly, and it’s fun to watch. He has been out since December, and I expect SJU to show up in this game as their leader returns.

Fly with the Hawks with the +3.5 (as the official pick), or if you are feeling it get on the moneyline! THWND!

Texas Tech is another program that has had an interruption in their season due to COVID-19. The Red Raiders have had three straight games canceled due to the virus, and the last game they did play was a February 9 loss to West Virginia. That being said, this is not as long a layoff as other teams we have seen (Michigan, Villanova) so I’m not expecting too much rust from this team.

Now, let’s look at the Jayhawks. If you just look at wins and losses, it seems on the surface this Kansas team has found their footing, winning five of their last six. But let’s dive into the quality of those wins. They have beat K-State twice (5-14 overall) and Iowa State twice (2-13) during that stretch. So four of the five wins are against garbage teams. The fact is, Kansas just isn’t what we expect from Kansas this year. I’m not sure why they are favored in this game. It is probably related to when the Jayhawks beat Texas Tech in December, but these teams have both been through a lot since then.

Bottom line, I think the wrong team is favored in this one, and that is something to take advantage of.

A prime-time, Saturday night, NBA Finals rematch seems like it should have a lot more hype than this right? Well, there’s a few things that are leading to this being a bit lackluster. First off, injuries. Anthony Davis, Dennis Schroder, and Goran Dragic have been ruled out, and as of writing LeBron, Kyle Kuzma, and Markieff Morris are game-time decisions. That’s a lot of star power that might not play in this game.

Secondly, the Heat this season are making it look like last year’s playoff run might have been a flash in the pan. They are currently 12-17, and if the season ended today, they would find themselves out of the playoffs. I don’t think that will be the case come season’s end, as they have been missing Jimmy Butler for a lot of this season and I expect improvement, but they certainly don’t look like a title contender.

So with all that, where does that leave us? Here is my theory: The NBA will do everything it can to have its stars play in prime time games. While I listed a lot of guys, my main point here is about LeBron. I think he will play in this game because it’s in prime time, and will probably take a game or two off next week if he needs to rest up. While that does make me lean Lakers, the play I really like is the over. I think both teams come into this one with something to prove and will light up the scoreboard, at least relative to the total. That number is currently at 210 on DraftKings Sportsbook, and has been dropping throughout the day. While I don’t love that trend, I stand by my thoughts that both teams show up to score. Let’s see LeBron do what he does, and the hope Miami can … Heat up!

Take over 210 points total for this primetime match-up.

When I was a kid at Saint Thomas in Glen Mills, every kid got excited for when we had a substitute teacher in for the day. This wasn’t because we disliked our regular teachers, but there was a substitute teacher named Mr. Cord (fun fact: father of Sixers PA announcer Matt Cord) who was just the definition of an awesome man. He would do about 15 minutes of class work per hour, and then just let freedom reign in the class and talk about the most random stuff. One of those random things that occurred almost every time he came in was that he reminded us that he knew Rodney Dangerfield from his younger days. I kid you not, we had a class of twenty 12-year-olds baiting this substitute teacher to start talking about Rodney Dangerfield instead of actually teaching. He knew it, we knew it, and I think both sides loved it. I believe Mr. Cord passed away a few years ago, which was very sad to hear. R.I.P. to the G.O.A.T. of substitute teachers.

So what in the hell does this have to do with this NBA game? Portland is the Rodney Dangerfield of the NBA. Paraphrasing the late great, “They ain’t get no respect.” Portland is currently 4th in the Western Conference, the first team behind the big three of Utah and both L.A. teams. For some reason, they are only giving four points at the moment to the lowly Wizards, who are one of the worst teams in the NBA.

Damian Lillard really gets no respect, and part of it is the fact he plays in Portland. If Dame was in a major market, he would be all over your screens each night he stepped on the court, but the NBA does not do a great job highlighting his greatness.

I know McCollum and Nurkic are out for the Blazers, but I don’t think they need them to win this game by close to ten points.

Lay the -4 and give Dame’s Blazers their proper appreciation.

Georgia Tech has been a very interesting team to follow this year. Out of their 10 wins, three of them have come against ranked opponents, one of which is Florida State who might now need to be considered the best team in the ACC. Those all came after early season losses against Georgia State and Mercer, who both have above .500 records, but really aren’t very high quality teams.

But when I dug into their season, something really jumped out at me. This team has not yet won a conference game on the road. Their only road win this season is at Nebraska early on, and since then they are 0-5 when leaving Atlanta.

Miami on the other hand has been one of the lesser teams in the conference, but they do have a few nice wins against Duke and Louisville. This Miami team actually had a stretch where they lost three straight games by a combined five points, which is incredibly tough to do.

Georgia Tech is playing No. 18 Virginia Tech on Tuesday, and I’m wondering if they are looking ahead a bit to that ranked matchup. Combining that with their poor road record, and Miami’s ability to play very close in conference games, I like the home underdog here with the 3.5 points.

Take the Hurricanes +3.5 and let’s hope the Yellow Jackets don’t sting us.

Need to give a forewarning here, I have been wrong on Tennessee a few times this season. It seems when I pick against them, they are Jason Giambi, and when I pick them they turn into Jeremy. That being said, I am going to try it again … maybe I’m due.

The Volunteers have one of the highest ceilings in the SEC. If this team can play consistently for the rest of the season and not just forget how to play basketball for 10-minute stretches, they could be somewhat scary come March.

This is one of the worst seasons for Kentucky basketball that I can remember. Yes, they have won two in a row now, but those wins were against Auburn and Vanderbilt, who are two of the worst teams in the conference.

My real reasoning for the Vols here is that it is Senior Day, which this year really just means the last home game, and this team has two senior leaders in Yves Pons and John Fulkerson. I expect Tennessee to play more consistently today to close out these two college careers the right way at home, and if that happens, this Kentucky team has zero chance.

Send the Seniors out right and lay 7.5 with the Vols.

Yesterday was fantastic, and I know we will have more of those days with picks here at Philly Influencer and Fox Sports The Gambler. Can we guarantee a 100% night every time? We both already know the answer to that – that answer is no to be clear for legal purposes. That being said, sometimes you can find a heater and just ride it for a stretch, and let’s hope that’s happening now!

With that, let’s go get some wins! Good luck everyone!