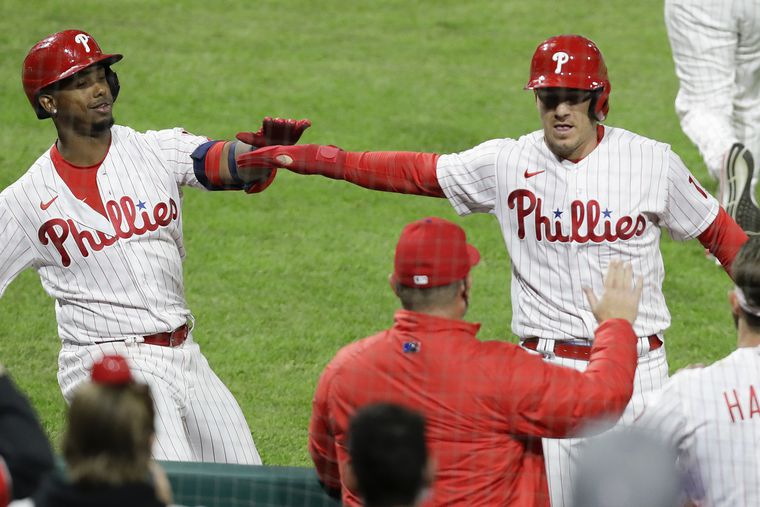 Starting this post with a recommendation: If you follow our picks here on the site, make sure to follow our Twitter account (@PHL_Influencer), and if you like my picks specifically, follow me (@TKO_Picks). That is not just an ask for followers, complete honesty I don’t really care if I have 10 or 10,000 people following my account, but rather a heads up that we can’t always get a full post out each weekend or day. That situation will happen from time to time, but I make sure to tweet out my picks, so make sure you follow those accounts.

A 5-1 Saturday is a great thing, and we want to make sure our loyal betting followers get the content they need and deserve in various situations! When we go through this tweet-only method, I’ll make sure to call it out that they will count in our blog record, hence they did count in today’s update.

Now enough about all that, and let’s get to the good stuff! Here are your Tuesday Tips:

Exactly the opposite from the other team we just talked about who used to reside in Philadelphia, the team that still plays here is off to a smoking hot start at 4-0. Just like the A’s will win, of course, the Phillies will lose eventually. Let’s keep making the 162-0 jokes as long as possible, though.

The key to the Phillies so far has been great pitching out of both the *double checks notes* bullpen and starting rotation. Besides a five-run outbreak in the 8th inning last night – helped by vintage costly Mets mistakes – the offense really hasn’t been a huge contributor save for a few clutch hits – and errors – late in games. That’s a trend that I am somewhat expecting to break tonight.

This offense is the strength of the team, and it is due to show up. Sadly, and I hope I’m wrong, I’m not the biggest Chase Anderson believe coming into this match-up.

Therefore, I’m liking the over in this game which currently sits at 9.

Let’s hope the Phillies win the game, but the play in this game is over 9 runs.

It’s obviously very early in the baseball season, but one of my initial first week hot takes is to ask the question, “Do the A’s stink?” This was a playoff team last year, but they have just been getting beat up in their first five games of the season. When I saw former Phillies nightmare Cole Irvin starting the third (!) game of the season, I thought something might smell funny in Oakland.

Just to emphasize how bad this team has been, these are the amount of runs the A’s have lost by in each game this season, in order starting from opening day: 7, 4, 8, 7, 7. THEIR CLOSEST LOSS IS BY FOUR RUNS, AND SECOND-CLOSEST IS SEVEN IN THEIR FIRST FIVE GAMES!

Will they find a way to win some games eventually? Of course. But when I see them playing the defending champions with their Hall of Fame lefty on the mound, who’s also ready for a bounce-back start from a below average Opening Day, I don’t think that it’s tonight.

Take the Dodgers -1.5 Run Line and pour one out for the Athletics’ season in week one.

Just when it seemed like the Warriors were back to being somewhat relevant in the Western Conference, they have fallen off a cliff and lost seven of their last eight straight up and ATS. They currently lead the Pelicans by a half a game for the No. 10 seed in the conference, which is the last playoff spot in this year’s new format.

Milwaukee has not been great either as of late, losing five of their last seven ATS, but they also were missing Giannis for parts of that stretch. In the past I’ve highlighted that the Bucks are great at beating up on middle of the pack and weaker NBA teams (when Milwaukee is at full strength), and while it feels odd to say it, that’s what the Warriors have become. Giannis is supposed to play tonight, and assuming he does, I’m expecting the Bucks to take care of business on the road against this level of team which they have done time and time again.

Stay tuned for more picks this week and good luck!