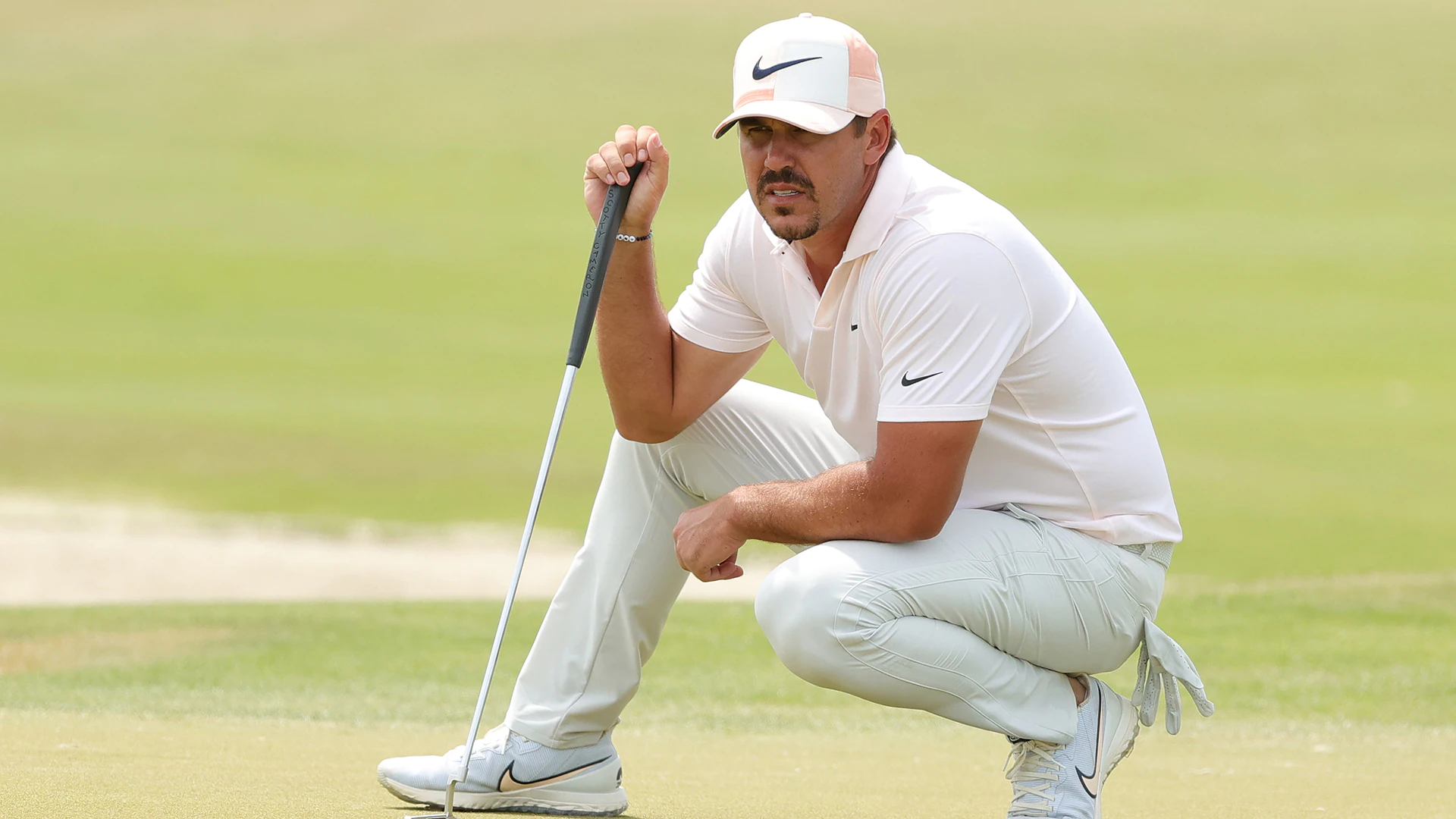 Nobody has been more polarizing on the PGA Tour than Brooks Koepka.

Koepka has been all over social media, involved in feuds with the likes of fellow golfer, Bryson DeChambeau, and Barstool’s Dave Portnoy. Certainly, one is more serious than the other, but both are compelling in their own ways. Either way, Koepka is becoming the driving force that is putting the PGA back on the map. He is truly embracing what golf has been lacking in recent years: golfers who are fearless and continue to follow the beat of their own drum.

While these storylines are intriguing and bringing attention to golf, Koepka’s actions have spoken louder than his words. He’s continued to improve in almost every strokes gained category from his last 20 starts to his last five. His most recent form has been outstanding, especially with the iron approach shots and the driver. There is not really much he can do wrong right now, except the fact he just lost to a unicorn in Phil Mickelson that played the best four rounds we have seen in recent time.

It took practically a miracle in order for Koepka to not win the PGA Championship. I was even in a betting position where I decided not to take the early cash-out because I felt that I needed a miracle to lose that play … and that was what happened. If he went on winning that PGA Championship, I would have no doubt he would be the favorite in the U.S. Open. He is currently the sixth favorite for the U.S. Open at +1400 on DraftKings Sportsbook. While this would not seem like a great number to bet, it is for Koepka. His combination of great iron play and driver is the perfect fit for Torrey Pines. His history might say otherwise; he has not played a major at this event. But Koepka is the Ultimate Major Hunter! You can never keep him out of the conversation when it comes to majors, no matter what his form is. Now that his form has been on the rise, even more reason to consider him for the U.S. Open.

Let’s not get too ahead of ourselves right now, We do have tournament this week! It might not be a big event with a stacked field, but it is a new event (a one-time event!). The Palmetto Championship, held in beautiful South Carolina at the fairly new Congaree Golf Club, is this week! Not too many professionals have played this course. While I feel bullish about Koepka at the U.S. Open, what do we do with him now in what is considered a “warm-up” event before the HUGE MAJOR?

When you think of the big names participating in these events right before a major, you would assume they would be working out the kinks and not consider winning or even contending in this kind of event. In my opinion, I would normally agree with this statement. In Koepka’s case, I feel completely different. The golfer has shown in the past he tends to perform very well right before winning a major or coming close to winning a major! Do I believe he will win this tournament? The simple answer is no. The more complicated answer would be is that he will be in the hunt and put together a very nice week to lead into the U.S. Open.

What I suggest we do with the “Brooks Dilemma” is target him in certain situations in this event. I believe that he will out-perform Dustin Johnson in this event. He is currently the dog in the betting market against the South Carolina Native and his price on DraftKings Sportsbook is -106. I am more than happy to lay a small amount of juice on a golfer that has been contending and making cuts, which is something Johnson has not been doing. His best finish in his last six starts has been 13. Brooks has had two 2nds and a 1st in his last six starts. These two golfers have been at opposite ends of the spectrum and the smart bet here is going with Koepka.

Either way, I am very excited to see where this dilemma takes us throughout the rest of the year. Not only will we get the great storylines, we’ll also get great Koepka play that comes along with it.

If you’re not into the PGA right now, there is no better time to get involved in one of the most intriguing and rising sports in the United States. With all the ways you can bet golf and enjoy watching golf, the PGA is the sport of NOW and Koepka is one of the many driving forces leading that charge.