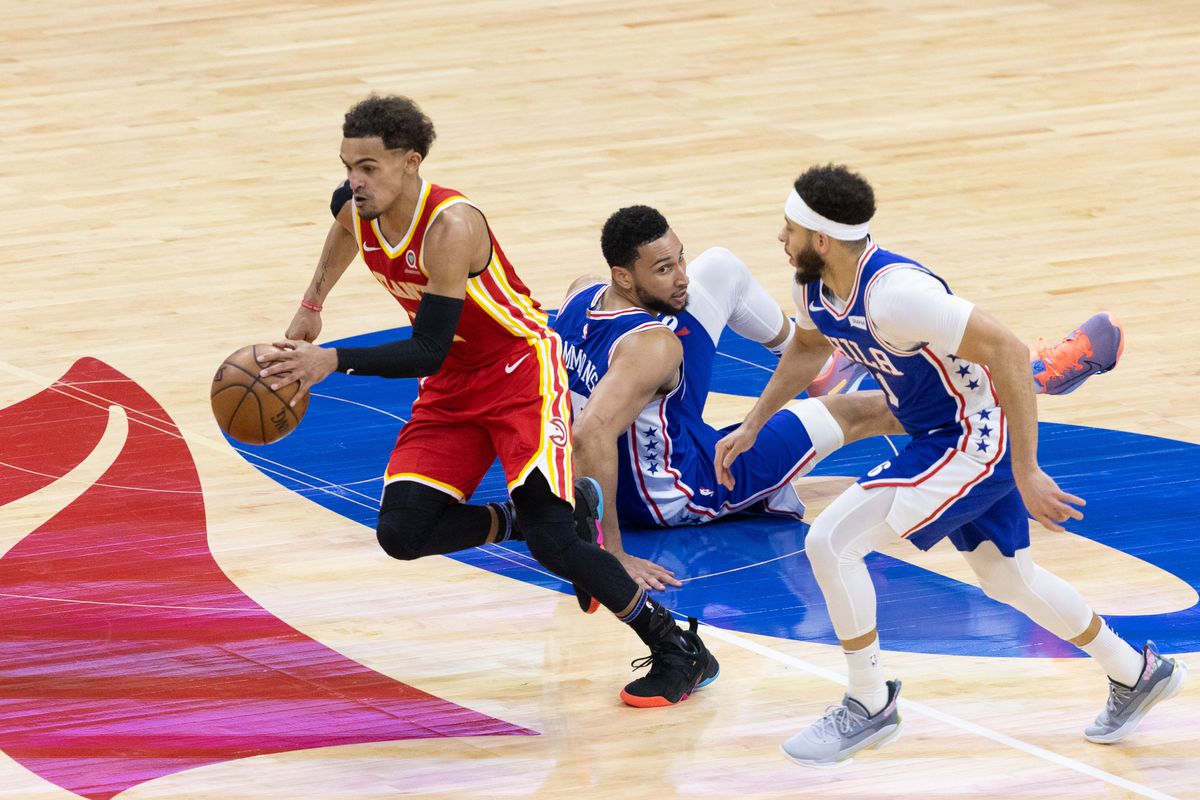 Optimism. Cautious optimism. That’s the only way I can describe my personal feeling about the Sixers at this point in time. We all know the story – they have collapsed in back-to-back games and given us pits in our stomachs all week long. Ben Simmons and Tobias Harris were ghosts in Game 5, and many have already started talking about what we’ll get for them in the off-season. Obviously if we fall this series, dominos will fall and moves will be made.

I woke up this morning and could only say three words for the first hour I was awake. “Sixers in seven.” I know that, overall, this Sixers team is better than the Hawks; they have simply folded in two key quarters which has them on the brink of elimination.

After suffering through the last 48 hours, I’ve now found the light and have one of the most dangerous things in the world in me… hope.

It’s the most important thing in the world, and also the one that can cause the most pain. Yet, as I write this with about five hours to go until game time, I’m Trusting the Process for potentially the last time and am in full belief this team will show up tonight and bring us home for Game 7 on Sunday.

Here is your Friday Five:

Getting this one out of the way. You already know…

It has been a rough stretch for the Cardinals offense. This past week, they have been shut out twice and only scored above two runs once (ouch!). After losing Thursday night to Atlanta, 4-0, they face Max Fried Friday night for the Braves. Fried hasn’t quite been the same pitcher he was last season. The former Cy Young Candidate currently has a 4.62 ERA and hasn’t been as crisp as he was last season. To be fair, he had an injury early this year, and since has been better with a few blow up starts before that point, but I’m still not intimidated much by him at this point.

The Cardinals’ lineup has to much pop to stay down for this long, so I’m somewhat just trying to call the breakout, and seeing their Team Total here at 4.5 (+116) feels like the perfect storm for the breakout in my opinion.

Go with Cardinals TT Over 4.5 runs.

Like all of us, I have a tendency to fall in love with certainly players when they are just having a season. For me, Carlos Rodón is one of those guys. The former third overall pick has seemingly put it all together this season, with a 1.89 ERA, 0.84 WHIP, and 97 K’s in *checks notes*, 66.2 innings of work. He has had electric stuff and is a Cy Young candidate in the AL. The Sox are also one of the best teams in the AL, and yet they are missing two of their prime young outfielders in Eloy Jiminez and Luis Robert.

Yes, the Astros are a solid team as well, but when I have Rodón on the mound at near even money, I’m going to take that nearly every time until I’m proven wrong.

I’m giving you fair warning about this up front, this is the pick that scares me the most here. This season, the Rockies have been absolutely incredible at home (at least compared to their road record). They are 24-14 at Coors field, and 5-27 in opposing parks, coming to 29-41 overall. Recently, they have swept the Padres at home, and then last night beat up Cy Young Candidate Brandon Woodruff of Milwaukee.

Baseball this year has had a lot of streaks that allow people to make money, but this is one I’m going to try and snuff out the break in the chain. Corbin Burnes is going for the Brew Crew, and they are heavy favorites in this contest. Rockies are due to fall to earth, so I’m ready to lay the 1.5 on the run line.

Onto a basketball game that I won’t lose sleep over. The Clippers were the other Game 5 upset victors on Wednesday night. Missing Kawhi Leonard, a re-appearance of Paul George (formerly and now maybe again known as “Playoff P”) along with great play from the supporting cast carried the Clippers to victory over the Jazz.

We are expecting it to be a similar situation tonight, as Kawhi is listed as doubtful that he will be able to suit up. If he was playing, I would be 100% on the Clips to finish this series tonight, but with him out I just don’t know if I can believe this Utah Jazz team is going to lose four straight to the second team in the City of Angels. Assuming at least Mitchell (and maybe Conley) are able to go in this game, I think Utah is able to extend this series to a Game 7. Current spread is tight at 2.5, and I’m ready to lay those points.

As important as my picks are to me (and trust me, I do work for each pick in each post), I have to be honest. I would be more than happy to sign up for a 1-4 night right now, as long as that one win is the one we all need to keep hope alive.