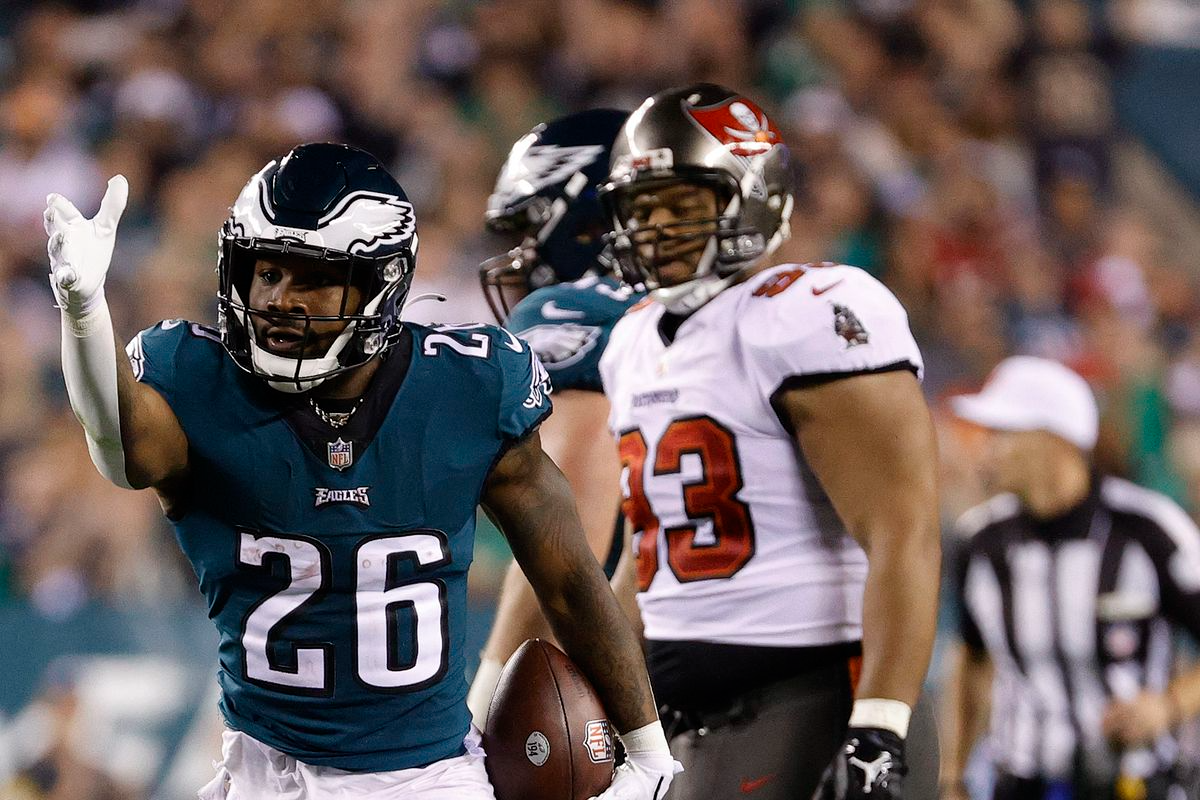 It’s playoff time! We are down to our last month of football season, and the intensity is about to step up a notch. Will the Birds pull off another upset of Tom Brady? Will the Cowboys’ playoff struggles continue with an opening weekend loss at home? Will this be the last time we see Ben Roethlisberger on the field? All of these questions and more will be answered this weekend.

I’m pumped up for this weekend, and hopefully you are, too. The only thing that can make it better, you ask? Well, of course, it’s hopefully adding some bucks to our bank accounts with some winning picks. Since there’s a limited slate as to what we usually do here, and each game is on in isolation, I’m going to give a play for each game. In addition to that, I’m going to give a 1-10 confidence rating (1 being the worst, 10 being the best), so you can judge accordingly. All picks will count towards our record.

The first game that kicks us off is the one arguably getting the least amount of attention in Vegas and Cincy. Has any team had a more interesting season than the Raiders? The great start, many stories surrounding the team off the field, and then winning their final four games, which was a literal last-second field goal in the last game of the season where we were seconds away from a tie that would send both teams from the game into the postseason. In my view, Vegas doesn’t get enough credit for the season they’ve had on the field. I’ve said it before: Derek Carr is a top 10 quarterback in the league, and he carried this team to where they are despite an average defense and not many offensive weapons.

On the other side, the Bengals are essentially coming off a bye week where they rested many of their players (including Joe Burrow and Joe Mixon) the full game, and others only played a quarter or two (like Ja’Marr Chase.) The last time we saw this Cincy team at full strength, they were beating Kansas City in a game that ended up costing the Chiefs the No. 1 seed in the AFC. This Bengals team has the talent to compete with anyone in the league. But we have also seen them blow contests they should’ve won with losses to Jets and Browns, which is the essence of growing pains. Therefore, it’s tough to know exactly which team we’re going to get.

The spread in this match-up currently sits at five in favor of Cincy. While I do believe in what the Raiders can do, I think the essential bye week for Cincy will be too much for Vegas to handle turning it around on what is essentially a short week.

The first of two divisional match-ups we have this weekend. Bill Belichick took a one-year hiatus from the playoffs to recover from losing Tom Brady, and now finds himself in the second season with Mac Jones. The Patriots’ defense is the strength of the team, but what Josh McDaniels and the offense has done with Jones behind center should not be overlooked. He is the only rookie quarterback [excluding Trey Lance, who has primarily been a backup] that led his team to the playoffs this season, and will likely be the second-place finisher in the Offensive Rookie of the Year competition.

It’s Belichick in the playoffs, and that shouldn’t be taken lightly, but let me tell you why I’m laying the four points with the Bills. Yes, the Bills have been a disappointment this season compared to expectations. Buffalo came into the season with Super Bowl aspirations, and expectations to dominate the AFC East. They didn’t dominate the division [winning it by one game], and their season has been up-and-down to say the least.

But the Bills are the No. 3 seed in the AFC behind Tennessee and Kansas City. Were things really that bad? Josh Allen didn’t have the same MVP-level season he did last year, but he showed he’s still an elite quarterback in this league. Buffalo’s defense is the best in football in many different statistics (especially in the pass game), and they are playing at home in round one. Yes, I remember when the Patriots passed only three times and won a game in Buffalo a few weeks ago, but that’s not happening this weekend. Yes, it could snow, but the key factor is the wind in regards to the passing game, and it’s projected to be much calmer on that front.

Jones had a great year, but there is a reason you don’t see many rookie quarterbacks in the playoffs, let alone advance to the second round of the playoffs. Buffalo should win this one relatively easily.

I’m going in chronological order, but obviously this is the game that we care about the most. The Eagles come into this match-up as one of the hottest teams in the second half of the season, winning their final three real games (we’re not counting Dallas’ Super Bowl in Week 18.) Jalen Hurts has looked solid overall in his first full season, leading the NFL in QB rushing and also throwing for over 3,000 yards. The defense has also done a complete 180 from the first half of the season, and become such a strength for this team that Jonathan Gannon is somehow getting head coaching interviews. The biggest concern for the Eagles, in my opinion, is that they haven’t done this against great competition. They don’t have a win against any team that made the playoffs (0-5) and the best quarterback they’ve played since October might be Taylor Heinicke (again, Week 18 doesn’t count.) That’s a real fear for me.

The Buccaneers are a different team since the one that came to Philly in October for two main reasons. Antonio Brown and Chris Godwin are not playing, so the Birds don’t need to worry about them on Sunday. The Bucs also are a little thin on the defensive side in certain areas, but are likely getting players back this weekend on both sides of the ball like Leonard Fournette and Lavonte David. The obvious reason the Bucs are favored in this game (beyond being at home, having a better record this year, and overall more talent, honestly) is who they have under center. This is generally where Brady shines, and he is going to be the toughest quarterback the Birds have faced since, well, Brady in October.

The Eagles are getting 8.5 points. I sadly think they are going to lose this game, and it’s going to be right around that number. I don’t love any play in this game to be honest, but my favorite is under the total at 46, hoping that the Eagles’ defense can contain Tampa Bay with limited weapons.

Take under 46. Confidence Scale: 3. Check out the latest odds here.

This match-up is extremely interesting to me. On the one side, San Francisco has won four of their last five and seven of their last nine to fight back into the playoff picture after they seemed cooked earlier in the year. Meanwhile, Dallas has been solid all year, taking command of the NFC East early on, and have also won five of their last six. The difference between those two is that the 49ers were beating high quality teams down the stretch, while the Cowboys haven’t had a quality win since October 17 against the Patriots.

The 49ers have wins over the Rams and Bengals in the past month, and I have more faith in them with the playoff experience on that roster from Super Bowl LIV in 2020. The 49ers average the highest yards per play in the NFL, and I think their run style will cause some problems for the Dallas defense. Assuming San Fran can establish that run and keep Dak Prescott off the field, it will be difficult for Dallas to establish any consistency on offense.

Lastly, I simply can’t bet on the Cowboys in the playoffs. I refuse. Take that for what you will.

I think it’s safe to say the Chiefs are back, right? Early on this year, they were not the Goliath KC that we’ve come to know since Patrick Mahomes took over. But winning nine of their last 10 straight up, and, in the middle of that stretch, winning six straight against the spread, somewhat alleviates those concerns. The Chiefs have more weapons on the offensive side of the ball than anyone in football, and their defense is also a top 10 unit in the league… maybe even top five. They are the favorites to represent the AFC in the Super Bowl for a reason.

Pittsburgh is in such an interesting spot here. Realistic Steelers fans had to admit that they thought last week was it for Big Ben’s career, but a shocking Jaguars over Colts upset and a last-second field goal by the Raiders to avoid a tie got the Steelers into the playoffs after they toppled the Ravens in overtime earlier that day. The Steelers now find themselves playing arguably the best team in the NFL on the road, getting 12.5 points. They also lost to this team just three weeks ago, 36-10.

There are a lot of things on paper that tell you that Kansas City should destroy Pittsburgh in this game, and I can’t really argue. But, even with that, let me tell you why I’m taking the points with Pittsburgh. I’m going for the story, I’m falling into it. It’s the last time Roethlisberger and Tomlin will be on the same sideline wearing black and gold. This is a combination that has been a league-wide power for the last 15 years. Were they always dominant? No. But are they always in the race and considered a threat? Absolutely. The duo hasn’t won a playoff game since 2017, and while I don’t think that will change on Sunday, I think they fight. The Steelers’ defense with T.J. Watt is no joke, and I expect them to at least contain Andy Reid’s offense better than they did three weeks ago.

Give me the ‘dog, I’ll take Pittsburgh +12.5. Confidence Scale: 3. Check out the latest odds here.

Need to call out my own bias here up front. I have several Rams futures tickets that I still believe have hope.

The Cardinals were the last undefeated team in the league at 7-0, and since that point, they are a below .500 team, going 4-6 in their final 10 games. Even more recently during that stretch, they’ve lost four of five games outright, including losses to the Lions and the Rams during that stretch. They also lost to the Seahawks (who, if you haven’t paid attention, aren’t very good this year) with a chance to win the division last weekend and make this a home game. They will also still be missing top offensive weapon DeAndre Hopkins this weekend, who coincidentally has been absent during most of the teams recent struggles due to injury.

Arizona is 1-4 ATS in their last five games, and the Rams, while they have had some struggles of late, are still 4-2 ATS in their last six. I think Matthew Stafford has a big turnaround game, and the Rams cruise here to victory, leaving the Cardinals with a lot of questions about who they really are this off-season.

Give me Rams -4. Confidence Scale: 8. Check out the latest odds here.

Let’s get some wins and let’s go Birds!