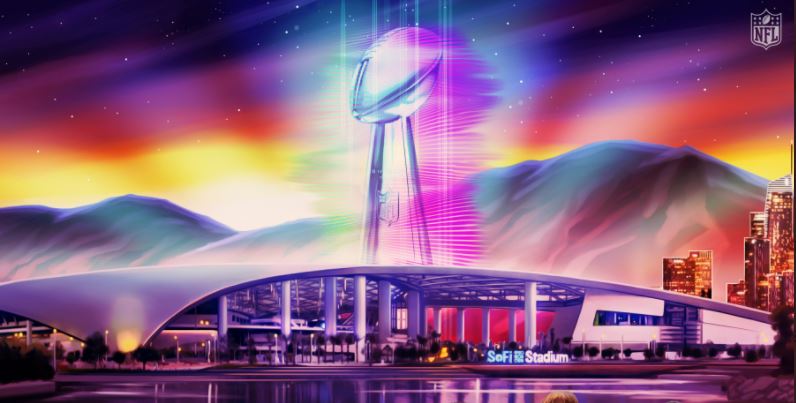 We’re back with a new Brew. The road to the Super Bowl is under way. The Eagles forgot they had a game against Tampa Bay yesterday and got destroyed, but they weren’t the only NFL team to get mauled this weekend. The Dallas Cowboys also lost on Sunday, but America won. The NHL All-Star game is headed to Las Vegas. Car jackings are on the rise in Philadelphia. We have a lot to cover, so let’s do this. It’s Brew time!

That was painful to watch

The Philadelphia Eagles played their worst game of the season at the wrong time, suffering playoff elimination on Sunday. @lhenry019 has more: https://t.co/04OOzzf9bT

hey @FBI i think you should take a look at this pic.twitter.com/844VO4m9PZ

This killed any hopes the Birds had

Mike Edwards gets the INT in the end zone. #GoBucs

This is why we can’t have nice things

Too bad the Eagles didn’t throw to him more

At least the Eagles will have DeVonta Smith for a long time.

Walking boot or not, Hurts owns it

If Howie screws this up…

There was immense growth from Jalen Hurts this season, but if Philly wants to pursue a veteran QB via a trade, few teams are as well equipped to do so.

A fascinating offseason ahead.

Eagles and fans got killed everywhere

All I have to say about this is … 🤥@TomBradyhttps://t.co/UsZIBJpYcu

Not all was lost for Eagles fans yesterday

The Dallas Cowboys have been eliminated from the NFL playoffs. pic.twitter.com/FUFylFU0I7

The Cowboys screwed the Cowboys

The NFL putting Niners and the Cowboys game on Nickelodeon is wild.
#DALvsSF pic.twitter.com/OQtfGxUCAZ

Look at these disgusting fans in Dallas…

#Cowboys fans throwing things at their own players. Got this sent to me by one. Be better fans wow! pic.twitter.com/mlVttbFlpg

Somebody call the Guinness Book of World Records.

The Buffalo #Bills & nearly 70,000 fans staged what might have been the grandest exorcism in human history, annihilating the New England #Patriots in the playoffs, 47-17.#BillsMafia @GWR @TheBuffaloNews https://t.co/lbpDayKAbx

Not the first time this has happened in Buffalo against New England. pic.twitter.com/E7hldGlPci

Pigs must be flying…the Bengals won a playoff game

Steelers quarterback Ben Roethlisberger heads off the field for the final time after losing to the Chiefs Sunday. pic.twitter.com/peO6RJHEuB

More than one rival team believes Sacramento could be convinced to take on Tobias Harris’ contract to facilitate a Ben Simmons deal, per @TheSteinLine

This could go on for a while

News at ESPN: The details of MLB’s proposal today to the locked-out players — and why pitchers and catchers reporting by mid-February gets less likely by the day.

Free for everyone to read, the story with @JesseRogersESPN: https://t.co/hmjhMR2rWu

This is a serious problem

There is no single issue that is more important to me, or the members of the PPD, than fighting violent crime. One of the more disturbing trends that we have seen is the startling increase in the number of carjackings. Here is what we’re doing about it: https://t.co/mKJZZL363U pic.twitter.com/yVHsFNLdkM

A woman and two juveniles have been arrested for an attempted carjacking at the Bloomingdale’s store located at the Willow Grove Park Mall. https://t.co/4A3J7xW3eD

Good! Now do the Trump crime family and those that aided him

BREAKING: The founder of the far-right Oath Keepers militia group and 10 others have been charged with seditious conspiracy in the Jan. 6 Capitol attack. https://t.co/lNnDm5APbs

Kevin McCarthy is a Cuck

Let’s be clear: Kevin McCarthy’s refusal to testify to the 1/6 committee may be helping cover up possible Trump crimes.

McCarthy can likely detail whether Trump saw the riot as a means to obstruct the electoral count — an official proceeding.

NEWS: The RNC has told the Commission on Presidential Debates that it’s preparing to require presidential candidates to refuse to take part in those debates, potentially leading to a significant change in how debates have been conducted for 35 years https://t.co/v08IlEsG3L

Rand Paul has been lying for a long time

2) Sickening is that @RandPaul once told a room full of students that “misinformation works”. And sometimes “I spread it”.

This is a major win for democracy. https://t.co/5x8xGkDjq1

Joe Rogan…Doctor for the Stupid

EXCLUSIVE: Doctors have sent Spotify a petition demanding that stop permitting Covid-19 misinformation on their platform — including the lies spread on the Joe Rogan Experience https://t.co/v8sDOmriWu

This sounds about right

Why are there so many idiots in America?

Tulsa Pastor Mike Todd is trending nationwide this morning after wiping spit all over someone’s face during a sermon. https://t.co/Ga4VzkNUxl

Terror at a Synagogue

The City of Philadelphia has extended the deadline for city workers to comply with its COVID-19 vaccine mandate. https://t.co/LibkOBk9JH

What is wrong with some people?

That’s quite the crew

In this week’s Kanye/Kim K news…

Kanye West posted a live video on Saturday in which he called out Kim Kardashian for “playin’ games” by not letting him attend their daughter Chicago’s 4th birthday party. https://t.co/XkKOqVzejp

Britney Spears has responded to her sister Jamie Lynn’s recent ABC News interview, in which she spoke about their relationship and defended her role in the pop star’s 13-year conservatorship. https://t.co/WHISu4y7D3 pic.twitter.com/OHOIxKPVsZ

The NHL All-Stars have been announced

Claude Giroux gets the nod

Flyers Captain @28CGiroux will rep the Orange & Black for the seventh time at the mid-season showcase. https://t.co/wdWoQcYfDH

Are you digging these or nah?

WWE is looking at rebranding the Elimination Chamber the “WrestleMania Chamber.” Not official until it’s announced.

Tennis star Novak Djokovic flew out of Australia after a court upheld the government’s decision to cancel his visa over his unvaccinated status https://t.co/l95f0ATLV7 pic.twitter.com/rmZ4Bw4FZl