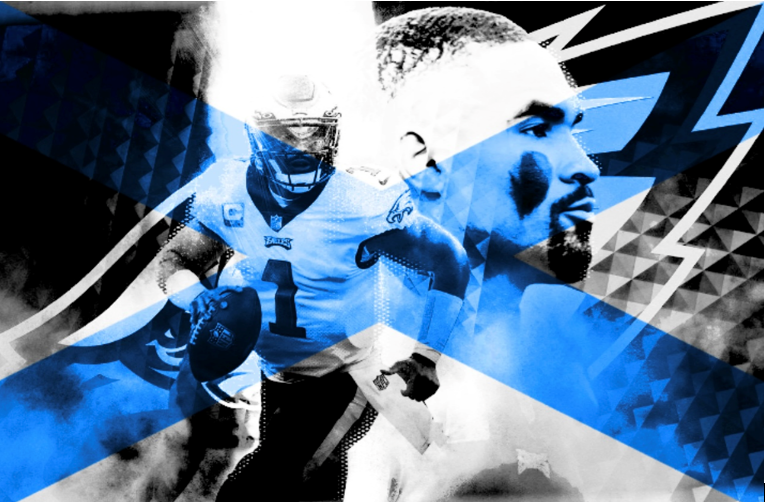 We’re back with an all new Brew. The Eagles play the Lions in week 1 on Sunday. The Flyers National TV schedule has been released. Everyone wants a piece of Pat McAfee. The Undertaker is coming to Philly. There’s CM Punk drama in AEW. We have a lot to get to, so let’s do this! It’s Brew time.

Eyes on the Prize

A sell out in Detroit

The #Lions home opener vs. the #Eagles on Sunday is sold out. Only standing-room tickets are available.

“I just think you have to be a sponge of all things and I’ve always made that reference. Nothing changes with this. Being a leader, you have to be able to see how different people operate, say, oh, I can apply that to my style of leadership”

Will the Eagles D step up?

Eagles’ season opener vs. Lions is important test to see if defense fixed an area of concern https://t.co/GdyfAyrVO0

Reps for one of the biggest women’s organizations in the country tell TMZ Sports they don’t believe Jon Gruden should coach in the NFL again. https://t.co/BemgEHOiFR

Everyone wants a piece of Pat

NEWS: Pat McAfee is joining ESPN’s “College GameDay” as a full-time member of the show, The Post has learned.https://t.co/hUAA9Ncp82

Laughing in the face of southern frat boys is definitely what I’d do if I won that game too lol pic.twitter.com/QOdMhacc9d

Congrats to @JHarden13 on the record setting launch of @JHardenWines – top 10 in sales! I can’t wait to try. pic.twitter.com/xeV9GMTbOS

This guy doesn’t seem very smart at all

Someone apparently climbed to the top of the Ben Franklin Bridge on Sunday, and walked along the cables https://t.co/75rrLV829J pic.twitter.com/Pm1mCB3Pvz

Another failed business for the Con Man

Who is he gonna blame for his latest failed business deal? https://t.co/41AXlzZRt1

Mr. Little D*ck energy is still lying and really needs to be locked up

This guy is so guilty

EXCLUSIVE: Trump told his White House team he needed to protect Russiagate documents … which he called his ‘evidence’ of a deep state plot against him.https://t.co/MBHBkGWFcB

Chris Rock ain’t here for it

Chris Rock is NOT here for Will Smith’s apology. Refers to it as a “hostage video.” Here’s why: https://t.co/PuZ9Gj5Luf

Would you want @MeekMill to perform at your wedding? 👀💍 https://t.co/PzmgiHEHbs

#Apple has announced the iPhone 14 Pro with tons of new features! Available for pre-sale on September 9th and in stores on September 13th, starting at $999 for the Pro and $1099 for the Pro Max! 📱 @Apple pic.twitter.com/8ebvIyACll

Kate Beckinsale displays her toned physique in a tangerine bandeau bikini as she celebrates the Labor Day holiday https://t.co/KfCDqRT3Gl

This former teacher made a come up

I’m a millionaire thanks to OnlyFans and I don’t regret quitting teacher job https://t.co/4CcV7LWICt pic.twitter.com/2kHBiSdgdq

The incident involved a 58-year-old woman from Pennsylvania and occurred at a popular snorkeling spot near Green Cay. https://t.co/E7xWb4VVPl

The CM Punk schtick is getting old

All this miserable guy does is bitch and moan

HHH is officially running the SHOW in WWE. 💪🎮 pic.twitter.com/hVQKOLuX7R

The Undertaker is coming to Philadelphia