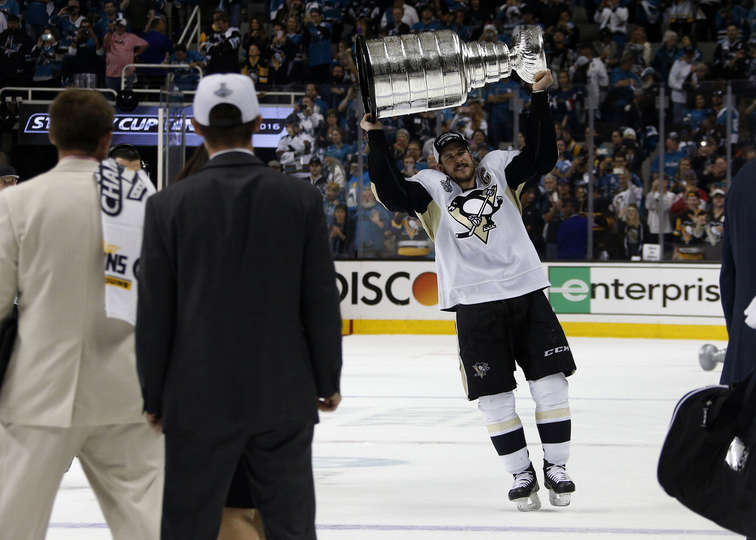 The Golden State Warriors will look to win their second straight NBA Championship tonight at 9 P.M. in Oakland. In the best game of the series, the Warriors beat the Cleveland Cavaliers Friday night to come in within one win of their second consecutive championship.

The rest of the series other than Friday’s game? It’s sucked. Draymond Green can’t help hitting people in the nuts, so he’s been suspended for tonight’s game.

I’m not all about that hockey vs. basketball feud. But there’s no doubt that each of the Stanley Cup games has been far more entertaining and close than the NBA Finals games. I’ll fully admit I’ve probably watched more minutes of the NBA Finals than the Stanley Cup Final. And, yes, it bothers me that the NBA chooses to use “Finals” over “Final.”

So now we have to deal with all those Penguins fans gloating again. And Nationals fans gloating because the Phillies blew another one yesterday. Jayson Werth, of course, had to seal the deal with a game-winning two-run single. A bad sports weekend.

It’s been a terribly sad week. On Friday and Saturday nights, there were two separate shootings in Orlando. Friday night, Christina Grimmie was shot and killed after a concert. Saturday night, 50 people lost their lives and over 50 more were injured while enjoying a night on the town at Pulse nightclub.

I urge you to stay away from political commentary. I couldn’t get on social media myself yesterday. It was the perfect opportunity for many lowlives to make their point heard for and against gun protection. I could barely comprehend what had happened to Grimmie the night before. Now, we wake up to the news of what occurred at a gay nightclub? It was too much for me.

It’s heartbreaking. There’s no other way to put it. No words.  Pray for Orlando. Here’s everything you can do to help in the wake of this tragedy.

Another man was arrested in Los Angeles Sunday after claiming he wanted to harm a gay pride parade. Be vigilant, everyone.

Head to the Christiana Mall in Delaware this Saturday from 1-4 P.M. for your chance at meeting Julio Jones and winning a pair of tickets to see Jones play in Philly this fall. Click here for more information.

Dario Saric isn’t a lock to come over to the States next season any longer.

Nelson Agholor was accused of rape on Friday. We still don’t know all the facts, but sources have indicated to various reporters that Agholor was being set up.

Agholor’s agent, Connor Barwin and Fletcher Cox have all released statements regarding the incident.

Torrey Smith stomped a dude at a pro wrestling show in Maryland.

I probably would not wear these.

Steph with the Straight? pic.twitter.com/zGPIwf8z9J

Magic Johnson is no longer the Lakers’ honorary vice president.

Vince Velasquez has landed on the 15-day disabled list with a right biceps strain.

@danewissenbach ended up dislocating his teacher's knee with this crossover. 😨 (Submitted by @hibs_5)

The video that changed everything…

The NFL is forcing the Patriots to wear numbered jerseys at practice.

If Kevin Durant thinks about leaving, which I hope he doesn’t — Oklahoma loves Kevin Durant, and Kevin Durant loves Oklahoma. But if he’ll stay, I’ll make him a Cabinet person for health and fitness on my Cabinet,” Fallin said, according to the Tulsa World.

UC Santa Barbara won a trip to the College World Series after Sam Cohen hit a game-winning grand slam with one out in the bottom of the 9th inning with his team down 3-0. What an incredible finish.

The series would have had a Game 3 between the two teams had Louisville won. As you can see from the video, the Cardinals were the second-ranked team.

Mets manager Terry Collins was hospitalized on Sunday after feeling ill before the Mets’ series finale against the Brewers.

Here’s a fight that happened at the Quicken Loans Arena in Cleveland on Friday. But, you know, Philly fans.

An incredible account by Bernard Hopkins after attending the funeral of Muhammad Ali.

What really surprised me was all of these people, from Will Smith, to U.S. Senators and congressmen, all of these people who I didn’t know really knew me came up and introduced themselves. They said how much I reminded them of Ali.

I believe that. We’re both outspoken. We were both misunderstood at times early in our careers and fans came around to like us later. I’m still not used to a lot of people liking me. We both had to reinvent our styles in the ring. Ali won with boxing and quickness early in his career, and I was slugging people out early in his career. Ali won with defense and will power in the second half of his career and I’ve learned to use more defense.

How powerful is the federal government? They have all of the power to chase you down and screw your life with all of the money in the world. What did Ali tell them? He told them to go (expletive) themselves!

Curt Schilling is still an assclown. 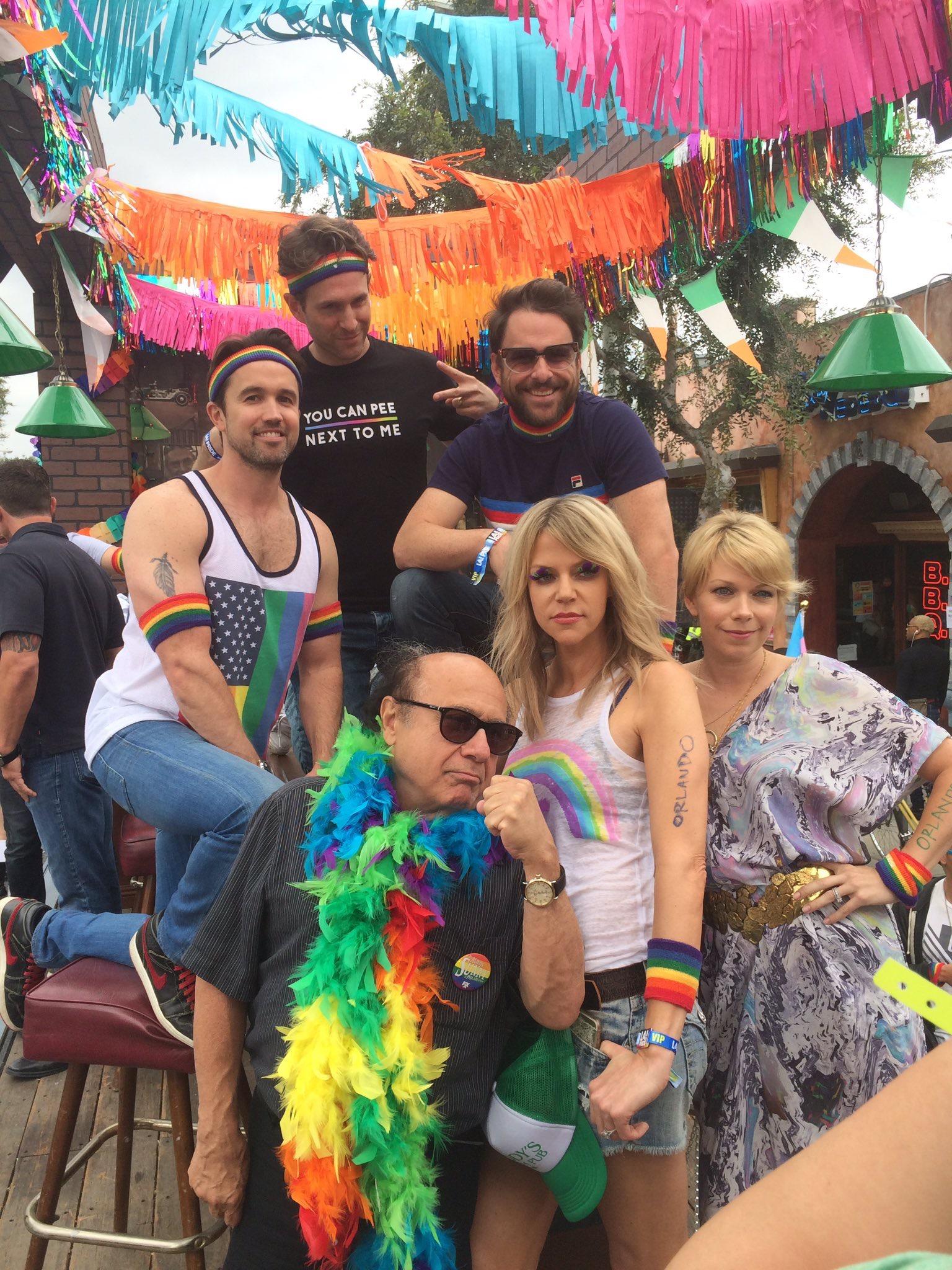 WWE has given Nowinski’s foundation $400,000 a year since 2013. In 2014, the payment accounted for 36 percent of the foundation’s total grants and contributions of $1.1 million, according to its most recently available federal tax statement.

‘I take this work very seriously. I have friends dying with CTE.’

“It certainly seems like a situation where you’re asking the foxes to help guard the chicken coop,’’ said Marc Pollick, president and founder of the Giving Back Fund, a nonprofit that for 20 years has created and managed charitable foundations for athletes, entertainers, and corporations. “If you’re partnering with a company that is facing those kinds of [concussion lawsuits], where’s the firewall?’’

WWE not only sponsors the Concussion Legacy Foundation but has a seat on the foundation’s board of directors that is held by Paul Levesque, an executive vice president of WWE who performs under the name Triple H and is the son-in-law of the company’s majority owner, Vince McMahon.

“A lot of us are hurting, and Chris knows that,’’ Goguen said from his home in New Brunswick. “It makes me mad that he took WWE’s money and now seems to be working for them.’’

I love this referee.

This is a teenager doing this, people. A teenager.

Odubel Herrera and his bat flip. What do you think? (H/T to Chris Jones)

Russians attacked the English after a Euro 2016 soccer match.

Listen to me, Vaughn Johnson and Brian Isley talk about NXT TakeOver: The End, Brock Lesnar returning to UFC and a lot more right here.