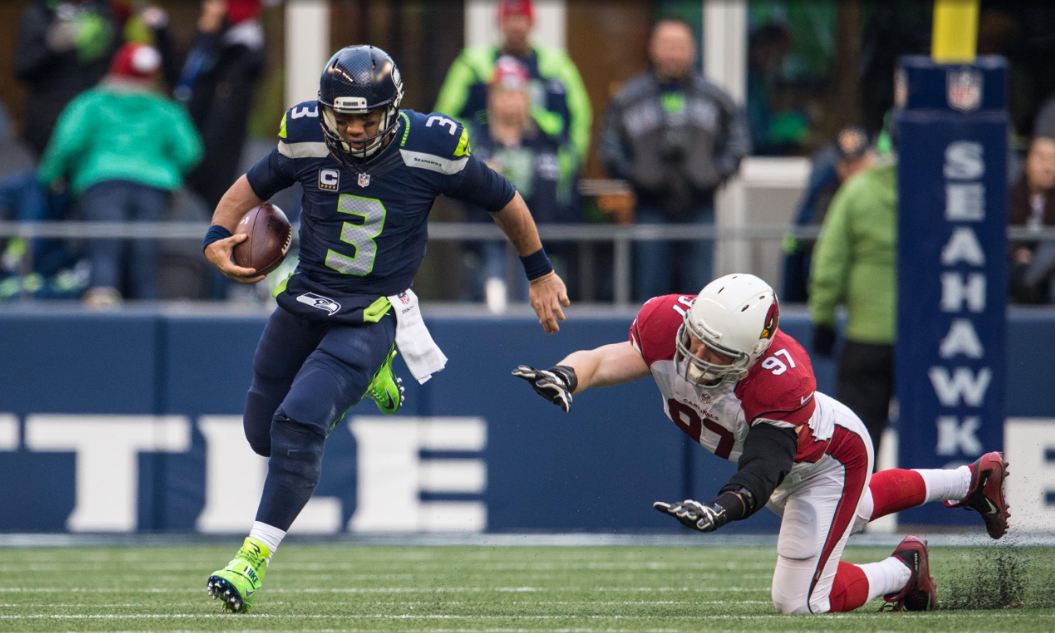 Week 16 may go down as the week that changed at least three teams’ seasons, and affected Fantasy Football Championship games everywhere. Derek Carr [fractured fibula] and Marcus Mariota [fractured fibula] were fantasy monsters this year and an integral part of many championship runs, but they both went down with season-ending injuries. The Seahawks’ Tyler Lockett also was a wild card, but he went down with a fractured tibia and fibula in his right leg. For your sake, I hope these injuries didn’t cost you a championship!

Another problem we have run into is the benching of starters in Week 17 due to playoff clinchers. You can see how I feel about Week 17 Championship Games here. The Steelers have already busted the fantasy bubble by deeming their triple threat as bench fodder this week. Do I have to say it again? This is why the fantasy season should only include 16 weeks of action. Ain’t no one got time for that Week 17 stress!

Let’s take a look at the recap for Week 16 below to see how some studs stayed productive and disappointing stiffs kept us scratching our heads.

Travis Kelce: Jason’s brother is having a really good year and is ending the season on a high note. He has 100+ receiving yards in five of the last six games and is averaging 10 catches a game during that span. Wouldn’t we all be happy with a performer like that on our fantasy team?

Adam Thielen: This guy started to take over as the Julian Edelman of the Minnesota Vikings about halfway through the season and never looked back. He has made the Sleeves of Sam come alive once again and given the team something to smile about in an otherwise disappointing season.

Thomas Rawls: This is three weeks in a row where Rawls has underperformed. Rawls has a combined 109 yards in that span. This Seattle team is turning into a throw first offense with their main rushing attack coming on the heels of Russell Wilson. This is not an envious position for any starting running back.

Demaryius Thomas: Trevor Siemian is the reason for the demise of all the Denver receivers. He attempted 43 passes last week, but only completed 17. This guy couldn’t hit a tractor trailer parked on the 50, let alone a free receiver who beats coverage. Until Denver finds a quarterback, Thomas will be an inconsistent performer from week to week.

Week 16 is the last meaningful week in fantasy: Why do leagues use Week 17 as a championship week? In my previous article [The Unnecessary Stress of Week 17], I touch on why this is a bad idea and one that makes little sense. Going by the true end of fantasy in Week 16, David Johnson showed why he needs to be the consensus No. 1 pick in 2017.

Injuries can change the whole course of a season: Thoughts go out to Derek Carr and Marcus Mariota as their fairy tale ended in Week 16 with a few unfortunate injuries. These injuries showed the reason why you need to keep a deep bench in any fantasy playoff run. Hopefully, the owners who felt this wrath are loaded up if they have to play in Week 17.

Rex Ryan has been shown the door in Buffalo with more to be coming soon … Tony Romo is now deemed as untouchable … Carson Wentz buys his guys guns while Ezekiel Elliott buys ATVs. These young guys get it … Tom Coughlin may be in at Jacksonville to save the elbow of Blake Bortles … The Josh McDaniels buzz has begun already … Tom Savage was as exciting as opening up a pair of socks on Christmas … Kenneth Dixon still has his own advertisement in the Lost and Found … J.J. Nelson made Michael Floyd expendable and could push Larry Fitzgerald into retirement … Bring on the playoffs!