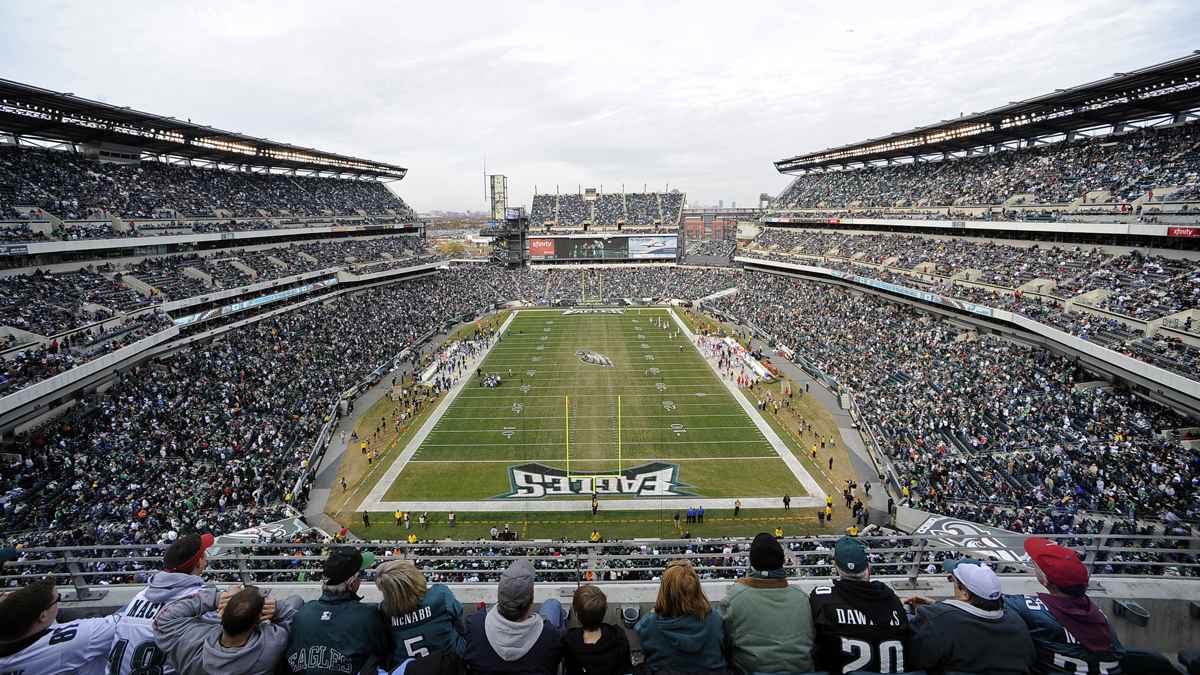 One year after hiring a new head coach to the tune of a 7-9 record, the Philadelphia Eagles are raising ticket prices.

In a season ticket holder email sent to Philly Influencer, the Eagles announced they’ll be raising ticket prices and use variable pricing for the 2017 season. It’ll be the first ticket price increase in three years. 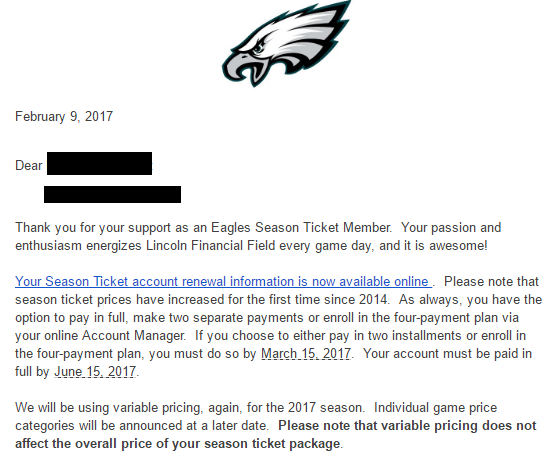 RELATED: Connor Barwin Said He Would Take a Pay Cut to Stay with the Eagles

If you can’t see the image:

Thank you for your support as an Eagles Season Ticket Member. Your passion and enthusiasm energizes Lincoln Financial Field every game day, and it is awesome!

Your Season Ticket account renewal information is now available online . Please note that season ticket prices have increased for the first time since 2014. As always, you have the option to pay in full, make two separate payments or enroll in the four-payment plan via your online Account Manager. If you choose to either pay in two installments or enroll in the four-payment plan, you must do so by March 15, 2017. Your account must be paid in full by June 15, 2017.

We will be using variable pricing, again, for the 2017 season. Individual game price categories will be announced at a later date. Please note that variable pricing does not affect the overall price of your season ticket package.

Variable pricing means the Eagles will increase and decrease ticket prices based on the quality of the opposing team and any promotions they may have throughout the season. According to the season ticket holder who sent us the email, the cost per game will increase $5, ostensibly for upper and lower level seating.

RELATED: Report: Eagles Could Be “Moving On” from Jason Kelce

If the Eagles somehow make the playoffs next season, I guess it’ll all be worth it.