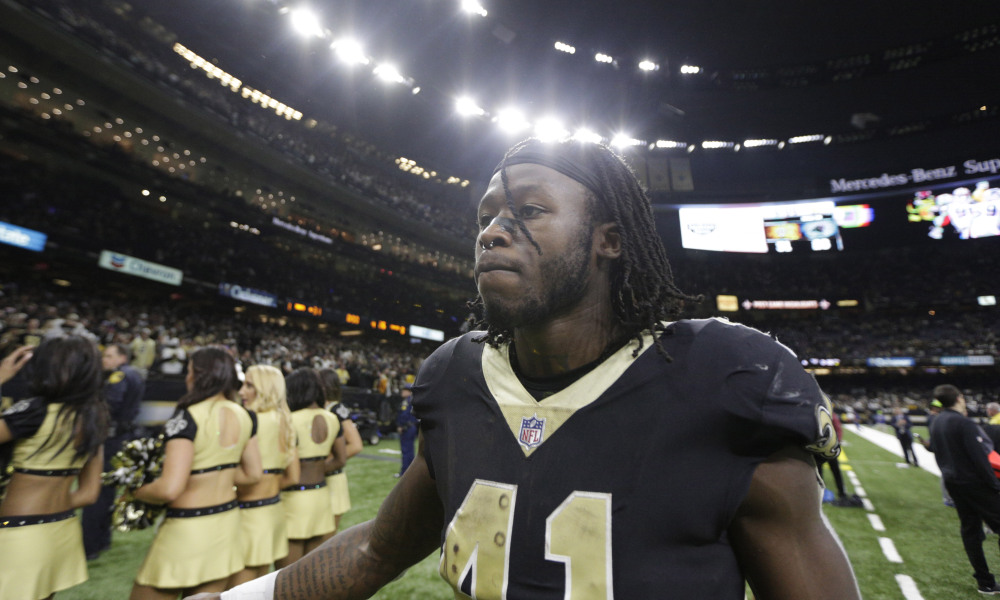 To be the team, you have to beat the team.

When you’re the champs, everybody wants what’s yours and jealousy prevails. New Orleans Saints running back Alvin Kamara was the latest victim.

Kamara told the Bleacher Report in a recent interview had the Minneapolis Miracle never happened, the 68-yard game-winning touchdown to Stefon Diggs on the final play of the game, the Saints would have beat the “shit out” of the Eagles a week later in the NFC Championship.

The next time I’m down in the Big Easy I’ll make sure to get extra salt in my gumbo!

Let me just say this from the jump, had the Saints played Philly in the NFC Divisional Round, they probably would have won. It was a game where the defense carried the offense, which was still in the midst of figuring out how to move the ball with Nick Foles. Philadelphia prevailed 15-10 with a late goal-line stand. Atlanta came into the contest struggling offensively, especially in the red zone as the Falcons were attempting to move on from Kyle Shanahan, now with San Francisco.

New Orleans was only 10 seconds away from booking a trip to Philly until the miracle happened.

The hard reality for Kamara is had New Orleans shown up in the first half, the miracle would’ve never been necessary.

“We’d beat the s–t out of (the Eagles) cause we was rolling. If we won (against the Vikings), I knew nobody was gonna stop us cause we came all the way back.”

Minnesota thought it was rolling into Philadelphia with all of the momentum too and looked what happened. That Vikings game was when everything came together for the Birds, Foles played the best game of his career and the Eagles rolled to an easy 38-7 victory.

“It’s a certain point where you f–king just do everything could do, and sh– still don’t go your way. That’s how I felt about that game. I felt like we did everything. We came all the way back, and then sh– just happened like that. That’s like some one-in-a-million-type sh–. I couldn’t even be mad. I was mad, of course, but it was like how does that even f–king happen? That’s not even real. It’s almost not realistic, like what the f–k?”

The Saints do have a recipe that potentially would’ve frustrated the Eagles and I think New Orleans would’ve give Philly a better game than Minnesota did. The Eagles defense struggled against teams with quick passing games and backs who could create havoc coming out of the backfield. New Orleans had both of those in Drew Brees and Kamara. But the way the offense and defense was humming come that NFC Title Game against the Vikings, the Saints wouldn’t have had a shot.

Until these two teams actually meet in the playoffs, however, everything is just a hypothetical. All you got to do is beat the champs. The Eagles will be in New Orleans during the season.