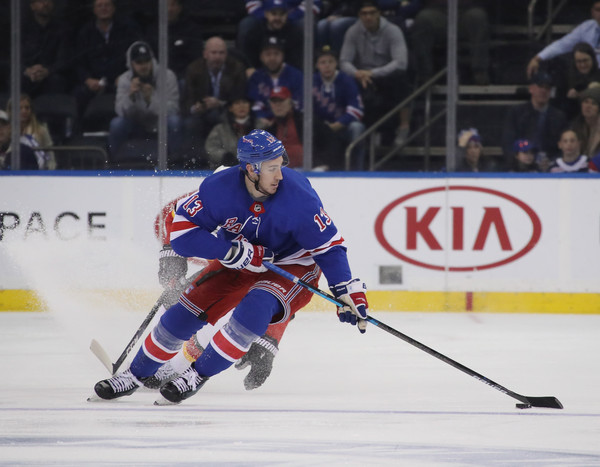 Late-ish last night the Flyers and Kevin Hayes reached an agreement on a contract and, spoiler alert, a lot of people are unhappy with the deal. TSN’s Bob McKenzie broke the news on Twitter last night.

Is slightly over $7 million per year a little steep for my taste? Yes.

Did we know he was going to command north of $6 million per year? Also yes.

I’m not going to sit here and try to convince the more casual and negative fans that this was a good trade, those people are stuck in their ways and are convinced the Flyers will be mired in mediocrity for the duration of time. I’d be wasting my breath.

I will say this, there is a lot to like about the signing that some people aren’t paying any mind to. For example, Hayes is only 27. At the end of the deal he’ll be 34 which isn’t terribly old for a hockey player. For the majority of the deal the man will be in his prime. Which brings me to my next point.

Last season was his best statistical season to date. He played in 71 games and potted 19 goals with 36 assists for a total of 55 points. He has shown the ability to put up 25 goals and plays a solid two-way game. Have him on the second line with James van Riemsdyk and Jake Voracek and there’s no reason he can’t have a 60+ point season over 82 games.

Let’s talk about how having a legitimate second-line center drastically changes the outlook of this team, shall we? At the start of last season we were expecting a rookie, Mikhail Vorobyev, to take third line center minutes with Nolan Patrick being put to the test at second line center. Your memory is working just fine – this experiment didn’t work. Going into next season the lines will look something like this, as it stands on the morning of June 19, 2019.

This is the deepest Flyers team in recent memory. By acquiring Hayes he gave a very experienced head coach in Alain Vigneault a middle-six that has the potential to be one of the best in the Eastern Conference. The depth is finally there. His other moves, like acquiring Braun and Niskanen have given the young blue liners experienced mentors who can still produce at a professional level. He’s shaking up the roster which shouldn’t shock anyone – they’ve been running out the same dozen-or-so skaters for the last three-four years with no uptick in efficiency. It was time for a change and Fletcher’s doing his best to put the team in a position to compete.

I’m not saying you’re wrong to be skeptical or upset with any or all of Fletcher’s moves. I’m just asking to give it a few weeks to see how the draft and free agency pan out. There’s a chance Fletcher really shapes out the roster into one that can be a force in the Metropolitan Division. In my opinion he’s off to a good start.