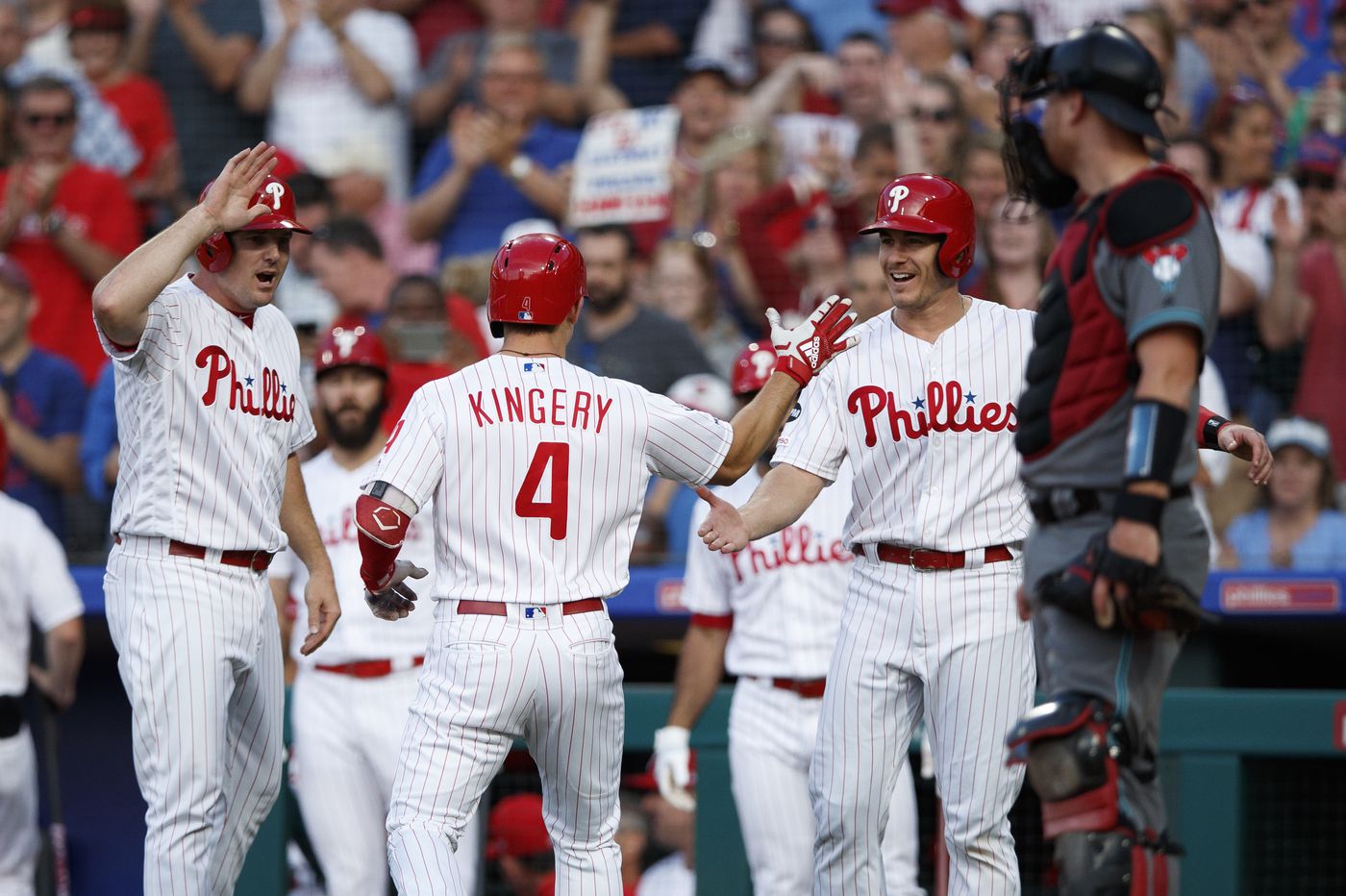 Who would you rather have?

Player A is Cesar Hernandez in the leadoff spot while Player B shows his production from the seventh spot in the batting order.

In seven games at the top of the order, Hernandez has gone 4-for-32 and has seen his batting average drop from .283 to .268, only scoring three runs in that span. He has only drawn three walks. Yes, the Phillies have gone 5-2 since Cutch went down, but that is less about Hernandez’s contributions and more about the acquisition of Jay Bruce, among other things.

Enter Scott Kingery. The second-year super utility man was making a case as a regular in the lineup through the first 14 games of the season, before going to the IL with a hamstring injury. After hitting .226 last season with only eight home runs and 35 RBI, he started 2019 with a bang (.406/.457/.719) before the injury.

He’s picked up right where he left off since coming back on May 19, with a current slash line of .324/.365/.630 in 35 total games, while already hitting seven homers. His turnaround can be partly attributed to Kingery being more aggressive early in counts; he has swung at the first pitch 38.3 percent of the time, compared to 23.8 percent last season as a rookie. He is even taking more pitches, despite his newfound aggressiveness. While 4.10 pitches per plate appearance is not the same as McCutchen (4.45), Kingery hits his way on base. His improved approach at the plate would make Kingery an ideal candidate to take over the leadoff spot, at least until the All-Star break.

The only thing potentially holding Kingery back from hitting leadoff is the amount of walks he has drawn, even going back to his minor league career. He has only walked five times in his 115 plate appearances and only has 29 free passes in his 182 Major League games. Hernandez’s switch-hitting capability also gives him an advantage over Kingery.

A lineup of Kingery, Harper, Segura, Hoskins, Realmuto and Bruce all back-to-back with Hernandez slotted in seventh, like he was to begin the season, arguably gives the Phillies the best chance to win. Now that the Braves have overtaken the Phils for first place in the NL East with a weekend series in Atlanta on the horizon, it is time Kapler tries something new. Kingery could, and should, be that something.