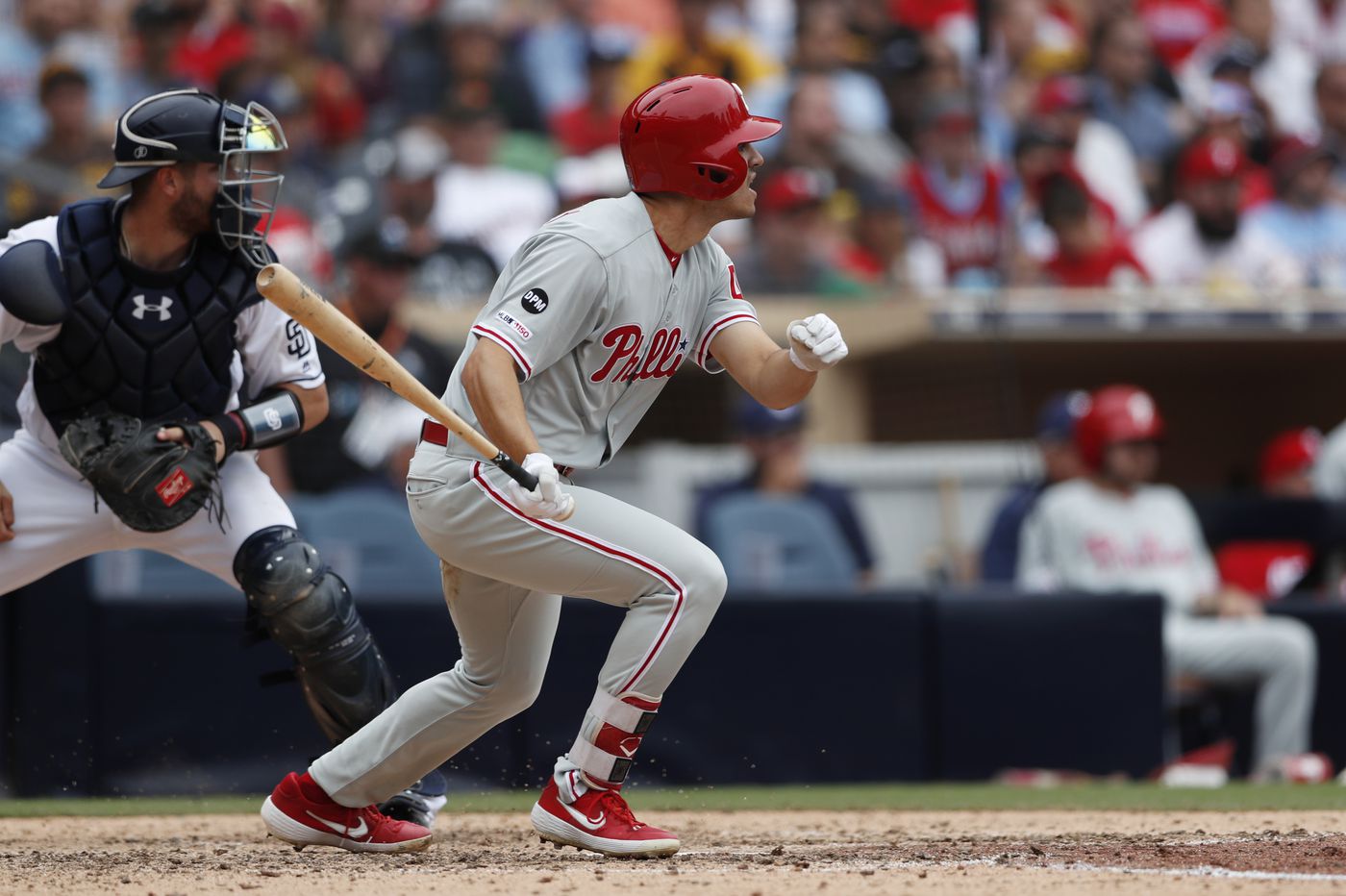 Adam Haseley (OF):
After a good start to the season, Haseley, also featured in April’s report, was promoted to the Triple-A Lehigh Valley Iron Pigs on May 29. After going 3-for-4 with two RBI in his debut, he ended May 0-for-7 with two strikeouts. He is still hitting .266 with seven home runs and 21 RBI between Double-A Reading and the Iron Pigs. The 23-year-old got the call he has waited his entire life for on June 4, when the Phillies added the outfielder to their 25-man roster. Haseley has played two games with the Phillies, starting in center field and hitting eighth. He is 1-for-7 at the plate, but his lone major league hit and RBI was the game winner on Wednesday against the San Diego Padres.

JoJo Romero (LHP):
It has been a rough start to the 2019 season for the Phillies seventh overall prospect. The left-handed Romero began the season with the Iron Pigs before being demoted to the Fightin Phils prior to his May 21st start. After pitching to a 9.64 ERA across 28 Triple-A innings, things have not gone much better in Reading. In his three Double-A starts, he is 0-2 with an 6.89 ERA across 15.2 frames. He has only giving up less than four earned runs twice this season. Armed with a mix of five pitches, Romero is capable of getting his four-seam fastball up to 95 mph consistently, but in five of his 10 starts this year, he has walked at least three batters. He has not issued any free passes in his last two starts.

Damon Jones (LHP):
A standout of the Class-A Advanced Clearwater Threshers rotation after spending 2018 with the Single-A Lakewood Blue Claws, Jones is outperforming his expectations in every way this season. After seven starts to begin the year, Jones had a 0.76 ERA and even after giving up five earned runs in a May 19 start, his overall ERA still shines at 1.37. In fact, that start is his only outing in which he gave up more than one earned run all season, yet he still carries a record of 3-3. Two of his three losses came up the hard luck variety, in which he only gave up one earned run. Jones, an 18th round pick in 2017, is a strikeout machine. Across his 52.2 innings this season, he has struck out a whopping 80 hitters. It is even crazier when his career numbers are in the spotlight; in 192 total minor league innings, he has 241 strikeouts. He still needs to work on his control, but the 24-year-old southpaw could work his way through the Phillies system quickly if he stays on this trajectory. First, he will look to crack the Phillies top 30 prospect list.