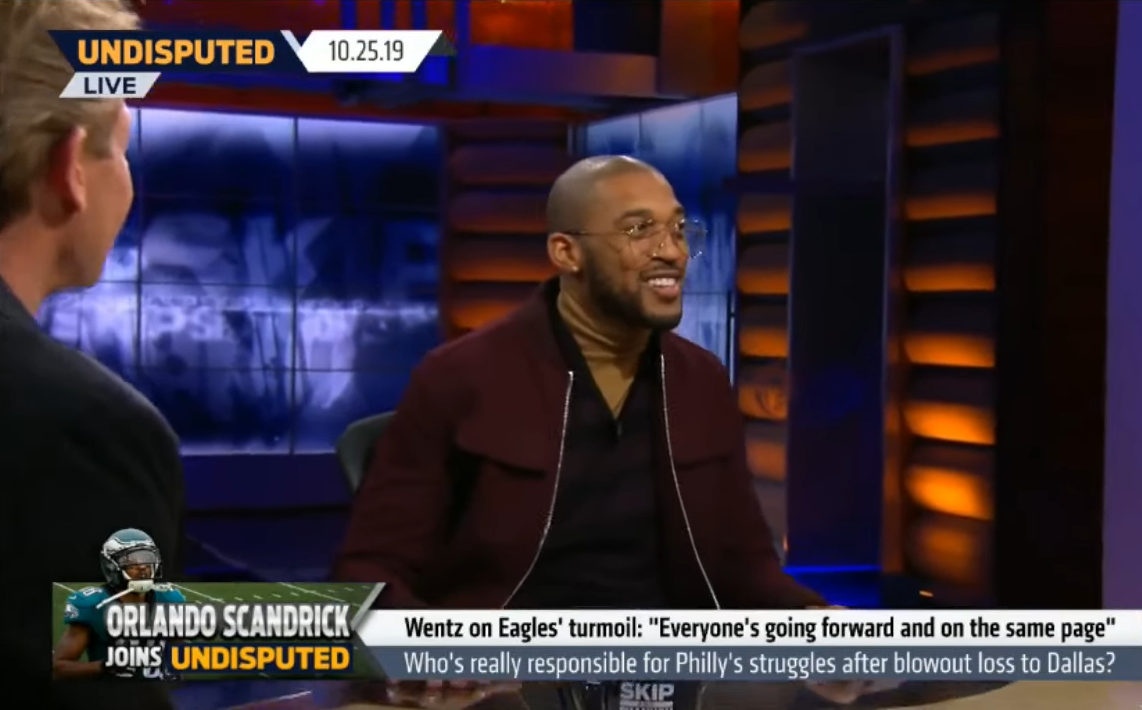 The former Dallas Cowboy ripped his former team Friday on FS1’s Undisputed after being released by the Philadelphia Eagles Monday.

“The problem in Philadelphia is much, much deeper than me … That locker room is different. I would tell guys, I still feel like they’re living on that Super Bowl high. There are some accountability issues there and it starts from the top.”

“I don’t believe anything that Howie says,” Scandrick said. “Howie is one of those people who told me it was raining outside, I’d get some shorts just in case.”

Prior to his release, Scandrick was asked about the locker room following the Dallas game and he proclaimed that it was fine.

Here are some quotes from Orlando Scandrick immediately after the Dallas loss. Much higher on the locker room makeup then. pic.twitter.com/40Q3Dk0QAi

Funny how being cut changes everything.

“We can’t have mother fuckers like that in the locker room.”

Malcolm Jenkins responds to Orlando Scandrick: “We can’t have motherf— like that in the room.” 😳 (NFSW: Language) pic.twitter.com/J7bxFKfRdi

Scandrick may have just woke the Eagles up and saved their season, you can listen to the entire interview below.