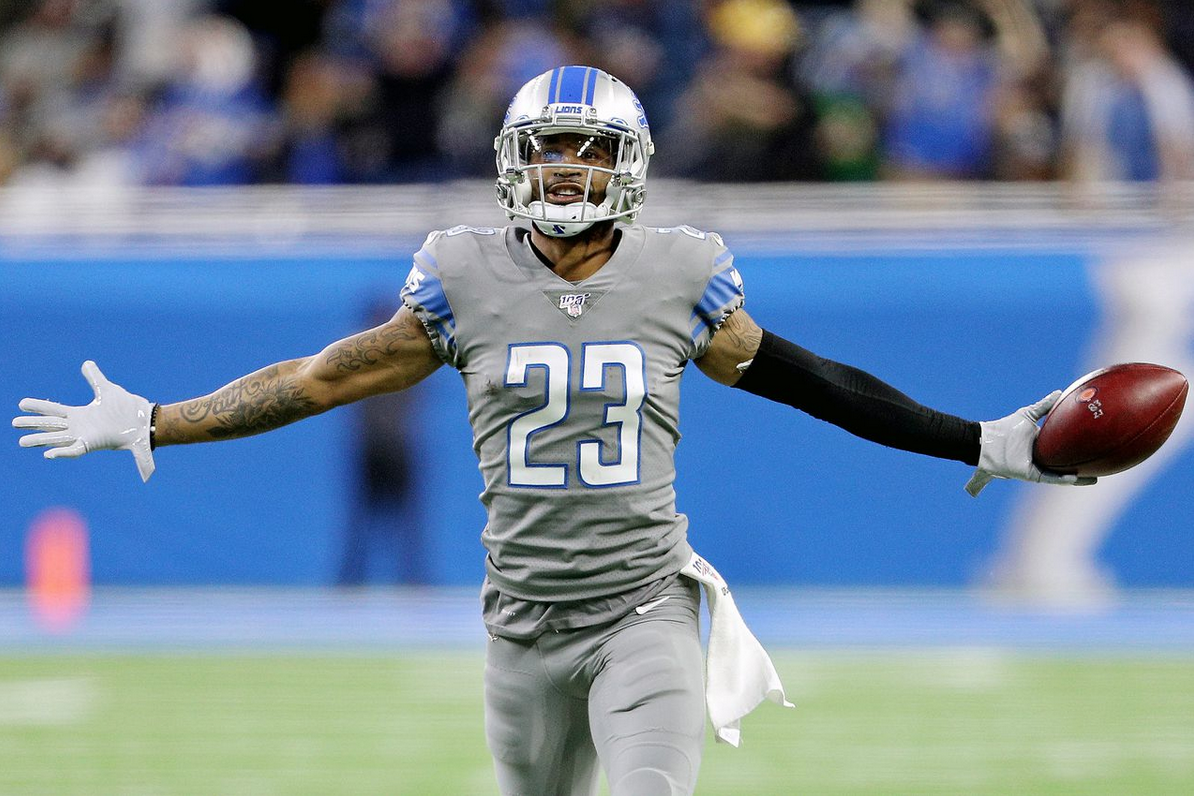 If the Philadelphia Eagles are going to keep slaying the beast in the NFC East, they needed to find someone who could shut down Amari Cooper.

They just acquired their man.

The Eagles added Slay from the Detroit Lions Thursday for a third and fifth-round selection, then immediately extended and made him the highest paid cornerback in the NFL.

Reports: #Eagles have agreed to acquire CB Darius Slay from the Detroit Lions in exchange for a third-round pick and a fifth-round pick in the 2020 draft. pic.twitter.com/BMrXT0TdNq

Slay’s agent Drew Rosenhaus confirmed to ESPN that the Eagles signed his client to a three-year extension worth $50 million, with $30 million of it guaranteed. That makes Slay the highest paid cornerback in the NFL in terms of his average annual value, which is $16.6 million.

The deal after the deal: the Eagles and new CB Darius Slay reached agreement on a 3-year, $50 million extension that includes $30 million guaranteed, @RosenhausSports tells ESPN.

I believe Slay and Jones both have outstanding mirroring skills, but Slay undoubtedly has better ball production, logging 19 career interceptions as opposed to Jones’ two.

.@Lions @Eagles @_bigplayslay23 v the other team’s #1 WR like at @dallascowboys @AmariCooper9 . He lives for the competition. #Birds defense got better today #flyeaglesfly. #BaldysBreakdowns pic.twitter.com/GOhaQbJJpK

He thanked the city of Detroit via his Twitter for the love and appreciation he received during his time there.

Detroit! Ya’ll have been so good to me & my family. I’m going to miss all the fans & showing the city love. I appreciate the fans, coaches, staff & City. Nothing but love & respect to y’all. To my Eagles fans, ya boii is READY TO WORK! @MeekMill whats goooood! #Eagles #FlyHigh pic.twitter.com/gnhf1IpmjD

Now, if the Eagles can also go get Yannick Ngakoue, who was teasing Seattle Wednesday via his Instagram stories before turning his attention to Philadelphia Thursday.

Yannick Ngakoue posted a pic on his IG story that looks a lot like SeaTac airport 👀 pic.twitter.com/Hk3cEp5bKP

This free agency period would already be a home run if he’s poached from the Jacksonville Jaguars. The Eagles still need some weapons are wide receiver, but it’s an extremely deep wide receiver class, that’s where they can target their woes there.

Check out my video on Slay and my thoughts on Ngakoue if Howie Roseman can finagle a way to pry him free from the Jags.