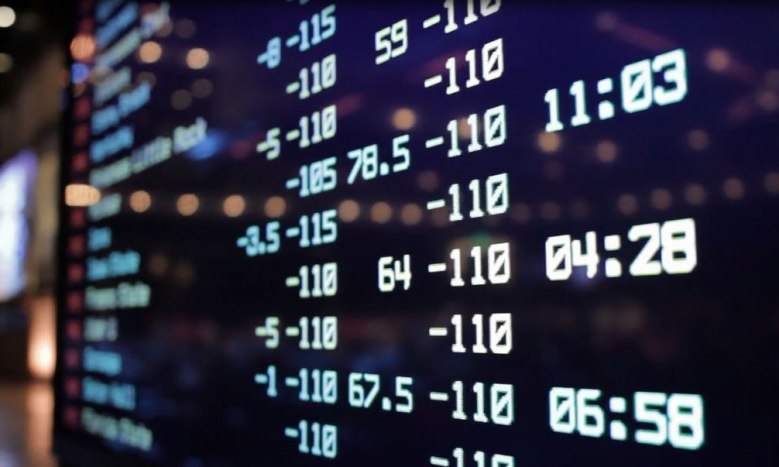 The NFL free agency period went off in the safest way possible. Physicals have been delayed, team facilities are eerily empty, but America’s pastime has continued to move forward. Just very safely. During the most uncertain times, the NFL has delivered in restoring some type of normalcy for sports fans and giving us hope that a season is still a possibility in September.

March brought us plenty of things to talk about as several of the league’s stars found new homes. April will bring us the NFL Draft as rosters will continue to take shape. As all 32 team’s vision for 2020 becomes more clear, there is more opportunity to find value in the futures market. March may not have brought you certainty, but it did deliver information. Information is our greatest asset in sports gambling.

The indicators below serve as a starting points in identifying teams that can exceed expectations or have a likelihood to regress. As you go through your research and evaluation, each metric or variable is another brick as you build your analysis. Always follow the information until you are comfortable with your play. The best part of the current sports environment is that there is plenty of time for research. Let’s go over a few key indicators that I target when looking for value on NFL Futures. These are not in any particular order as the sum of the information is always greater than its parts.

1. Coaching Changes. The NFL truly stands for “Not For Long” in the world of head coaches. Every season we see at least a handful of coaches clean out their office on “Black Monday” as their franchises shift in a new direction. A new coach brings a new culture, new ideas, and an environment where the players are on notice and have to prove themselves. We saw the impact Matt LaFleur had last season with Packers, and there are a few teams where the shock therapy of a new regime could produce immediate results this year.

The Cowboys and Browns were two teams that ended up hiring new coaches because of the team’s inability to meet the high expectations of the roster. Both teams were widely viewed to have very talented rosters, but neither were able to put together a winning a season. Talented teams coming off an underachieving year, with a new coach to put each player on notice, is a nice target for an NFL futures investment.

The Cowboys are at 9.5 wins on Draft Kings sports book while the Browns are at 8.5. Other teams with new head coaches that are worth a look are Washington (5 wins) and Carolina (4.5 wins). I expect Ron Rivera and Matt Rhule, two culture builders, to have an immediate impact on their new teams.

2. QB changes. Quarterback is the single most important position on an NFL roster. The quarterbacks make the most money, they get drafted at the top of the draft, and they touch the ball on every offensive play. It is the only position that carries the clout to move the lines each NFL week. A good quarterback can not only mask your team’s mistakes, but he can make every player on the field look better. There is a reason the quarterback is a head coach’s best friend.

We have already witnessed the huge impact of the position through free agency. Nobody considered the Buccaneers as Super Bowl contenders a month ago, even with all their offensive firepower. Insert Tom Brady and the expectations immediately rose. The Buccaneers with Winston at QB were a team that ranked third in offensive yards, fifth in Defensive DVOA, and fourth in net yards per play. They also ranked 28th in turnover margin, an area where a veteran QB can make a significant difference.

The Steelers and Colts were on the outside looking in at the playoff picture last season. Both teams will receive an upgrade at the QB position. The Steelers get a healthy Ben Roethlisberger back, and the Colts signed veteran Phillip Rivers. Mike Tomlin did a tremendous job of keeping the Steelers in the playoff race with an offense that ranked 29th in offensive yards and dead last in offensive DVOA. Big Ben replacing Mason Rudolph and Delvin Hodges should be able to push the Steelers to two more wins, making the 9 win total an intriguing play.

Matt Nagy added to Nick Foles to the Bears quarterback room hoping to get some offensive production to compliment their eighth ranked defense. Other teams relying on the new signal-callers include the Chargers and the Panthers. Tyrod Taylor will engineer a more ball control offense in LA while Bridgewater brings his 22-12 career record as a starter to a team that has current odds of 5.5 wins. I grabbed the Panthers at over 4.5 wins on the day of the Bridgewater signing and still think they hold value at the current number.

3. Net Yards per Play. This statistic is used to identify teams that are outperforming the results on the field. It is calculated by subtracting the average yards a team allows per play from a team’s average yards gained per play. Net yards per play doesn’t take into account turnovers, red zone efficiency, missed field goals or any of the other variables that can determine outcomes. It is a simplistic look at the raw numbers. The success of an offense versus the success of its defense at the play level.

As a starting point, I will identify the net yards per play for each team and compare them with the win totals from the previous season. The teams that appear to be outliers are the teams to target and investigate further. Dallas and Tampa Bay were two teams that we already identified as potentially having good value.

The Cowboys and 49ers ranked first in the entire NFL for the best net yards per play mark last season at 1.3. Despite being tied for the best mark in the NFL, Dallas won five fewer games. Their 8-8 record isn’t indicative of a team that performed on pace with the NFC champion. This further supports a case for good value in the Cowboys for 2020.

Tampa Bay is another team whose performance in this metric doesn’t align with its 7-9 record. The Buccaneers net yards per play average for 2019 was .8, tied for 4th in the NFL. The team Tampa is tied with? The Super Bowl Champion Kansas City Chiefs. If Tampa can make some strides in turnover margin, their record could match the success they saw last year on a play-by-play basis.

Another team that could have had more success if they didn’t have so many turnovers is the Los Angeles Chargers. The Chargers were eighth in the NFL in net yards per play, sandwiched in the rankings between the Saints and Vikings. Los Angeles was a five-win team out gaining opponents to the same tune as two playoff teams that won 13 and 10 games.

On the opposite end, let’s look at two playoff teams that won 13 and 10 games last season that didn’t fare as well in this metric as you might expect. The Packers won 13 games but ranked 17th, just above the Falcons and the Giants. The Texans ranked 21st and fell between two seven and eight-win teams in Chicago and Indianapolis. These teams appear to be outliers and could be targets for regression in 2020. There are several variables and factors that determine outcomes throughout the season, but this metric is always insightful when looking for value in the futures market.

4. Turnover Margin. Teams that take care of the football increase their odds of winning. Last season, 10 of the top 11 teams in turnover margin made the postseason. Pittsburgh, who had an incredible 38 takeaways and no answer at QB to convert them into points, was the only exception. In case you were wondering, the Steelers have a future Hall of Famer returning under center this season. The challenge is, turnovers are not the easiest thing to predict and defensive takeaways do not carry over  season to season.

The goal is to identify teams whose success or failure was impacted to a degree that is unlikely to repeat itself in 2020. The Minnesota Vikings were 4th in the NFL in takeaways with 31, an 11 takeaway increase from 2018. If the Vikings are not in the Top five next season, is the team strong enough to win at the same rate without that turnover advantage? The Green Bay Packers were +12 in turnover margin and top seven in takeaways, much stronger than they performed in net yards per play. As we start to understand how the teams win, we can identify the likelihood of continued success.

Three other teams that we previously mentioned had negative turnover margins in 2019 that could greatly improve in 2020. The Chargers -17 ranked dead last in 2019. Tyrod Taylor will look to engineer a more conservative, ball-controlled approach this season. The Panthers -14 was 29th in the NFL, but they have now handed over the offense to Teddy Bridgewater, who threw only two interceptions in five games last season.

Historically, teams with losing records that had a positive turnover margin perform better the following season. The three teams that fit these thresholds are the Colts, Broncos, and Redskins. Before banking on the Colts, keep in mind they added a layer to the conversation by signing the quarterback who threw the 3rd most interceptions in the league.

5. Point Differential. Scoring more points than your opponent is the name of the game. Throughout the course of an entire season, it gives us a glimpse of teams that may have over or underperformed. I will start by identifying the winning teams with a negative point differential and the losing teams that landed in the positive. Tampa and Houston are two examples. There is reason to believe Tampa Bay is heading in the right direction, as we previously discussed. Their +9 point differential backs some other angles we discussed supporting Tampa Bay. Conversely, Houston holds the distinction of being the only playoff team with a negative point differential. Their -7 point differential was only one point better than the 5-11 Chargers.

It’s also important to factor in that Houston played the sixth toughest schedule based on Football Outsiders DVOA efficiency metrics, where the Chargers schedule ranked 23rd. The Dallas Cowboys ranked third in the NFC by outscoring their opponents by 113 points, but against a relatively weak 26th ranked schedule. It’s important to look at each metric in context when evaluating a team’s performance over the course of a season. Seattle had a very low point differential, but Russell Wilson made a case for league MVP by leading the Seahawks back to win several close games against the NFL’s second toughest schedule.

There is not a single metric or indicator that will lead you to success on its own. There is no Russell Wilson in the world of sports betting that will magically lead you to victory each Sunday. Predicting NFL performance is a puzzle, and each of these angles are pieces that I try to fit together. The goal is to procure as much information as possible to build a clearer picture of how a team wins and how the added variables impact a team’s ability to continue it’s level of performance.

The future is all we have in the world of sports. Hopefully, I provided you with a good starting point in making some great investments for this upcoming season. I analyzed some of my top targets last week on The Daily Ticket with Sean Brace on Fox Sports The Gambler. You can listen to the podcasts below. Best of luck and stay safe!

*All stats from ESPN, Football Outsiders, and team rankings.com