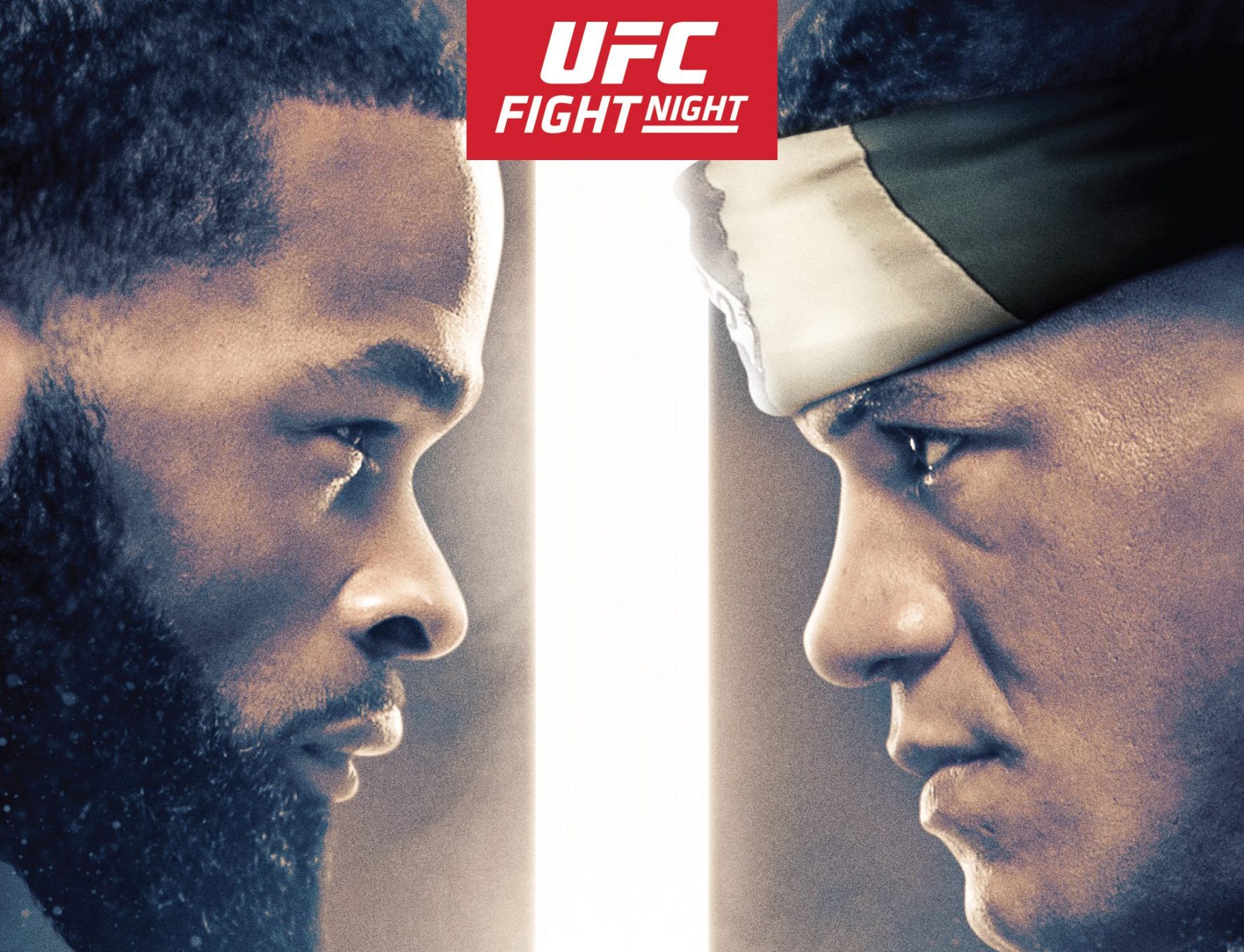 Two weeks have passed since fighters re-entered the octagon, and after a string of successful events in Jacksonville, the UFC will return to Las Vegas this weekend for a night of free fights on ESPN.

Former champ Tyron Woodley is the headliner, marking his first fight since losing the welterweight belt to Kamaru Usman at UFC 235 back in March 2019. The card boasts eleven fights – here we look at four fights in particular, with odds courtesy of DraftKings Sportsbook.

This preliminary fight is the tale of two fighters on different trajectories. Tim Elliott, the betting favorite, is a consummate veteran, having fought in the UFC from 2012-2015, was cut from the promotion and won his way back via the Ultimate Fighter series in 2016. He’s fought the toughest of the tough in the flyweight division and is riding a two-fight losing streak, 2-3 in his last five. Despite this, he’s still the eleventh ranked fighter in the flyweight division.

Brandon Royval, on the other hand, is making his UFC debut on Saturday night. He holds a two-inch height advantage over Elliott and a 3.5-inch reach advantage, too.

Given the circumstances, and my belief in Elliott any time he fights, I lean toward the veteran to get back in the win column. For starters, I’d lock in the fight to go the distance at +100. By that logic I’d throw money on Elliott by decision at +180. Elliott to win by KO, TKO, submission or DQ goes off at +195, for what it’s worth.

Chookagian is 4-2 in her last six fights dating back to 2018. In that span she’s only won via decision. Shevchenko won her way into the promotion via Dana White’s Tuesday Night Contender Series in 2018. She’s 2-1 in the promotion with a submission win under her belt.

The moneyline for the fight is super close – the homer in me wants to root for Chookagian, she’s as solid as they come and has fought the “Who’s Who” of the flyweight division.

However, I was at the fight where Shevchenko submitted Lucie Pudilova. It was one of the most impressive performances I’ve seen. Add in the fact that her little sister is one of the most dominant fighters in the promotion and nothing is a given. There’s a lot on the line for both fighters so I’ll give two odds: Chookagian by decision is +135, Shevchenko by decision is +105. I like both these odds and I’d have to flip a coin to decide. Water gun to my head as I write this – give me Shevchenko by decision.

Blagoy Ivanov and Augusto Sakai enter their fight as the twelfth and thirteenth ranked heavyweights in the division – which should explain why the odds are even.

Ivanov is 2-2 in the UFC with wins over Ben Rothwell and Tai Tuivasa and losses to Junior dos Santos and Derrick Lewis. Both wins came by decision.

Sakai is 3-0 in the UFC with two KO/TKO wins, Chase Sherman and Marcin Tybura, and a split decision win over Andrei Arlovski.

Sakai is a fighter on the rise – I’m leaning his way in the co-main event. I’m feeling a stoppage win for Sakai which goes at +300. Funny thing is the same odds go for Ivanov, too.

Tyron Woodley is looking to bounce back against the sixth-ranked welterweight Gilbert Burns.

Woodley has an impressive resume – he knocked out Robbie Lawler for the welterweight belt back in 2016. Defended that belt with a majority draw and majority decision over a red hot Stephen Thompson, a unanimous decision over a dangerous jiu-jitsu practitioner in Demian Maia and a submission victory over Darren Till before losing the belt to Kamaru Usman.

Burns is 5-0 since losing to Dan Hooker back in 2018 with wins over Gunnar Nelson and Maia. However, Woodley is the toughest task Burns will have to date.

There are two schools of thought with this fight, much like the first one I previewed, do you lean toward the up-and-comer or the tried and true veteran?

Me? I’m on record hating Woodley as a fighter. I think he’s ridiculously boring and had one of the weirdest title reigns I’ve ever seen. He was too good to lose but not exciting. I respect it, but it made for brutal television.

On one hand, Woodley is looking to get back in the UFC’s good graces and keep his name in the top of the division. On the other hand Burns is coming off a performance of the night bonus with his knockout win over Demian Maia in March of this year. This is the fight to catapult him on the rankings and put him in title contention.