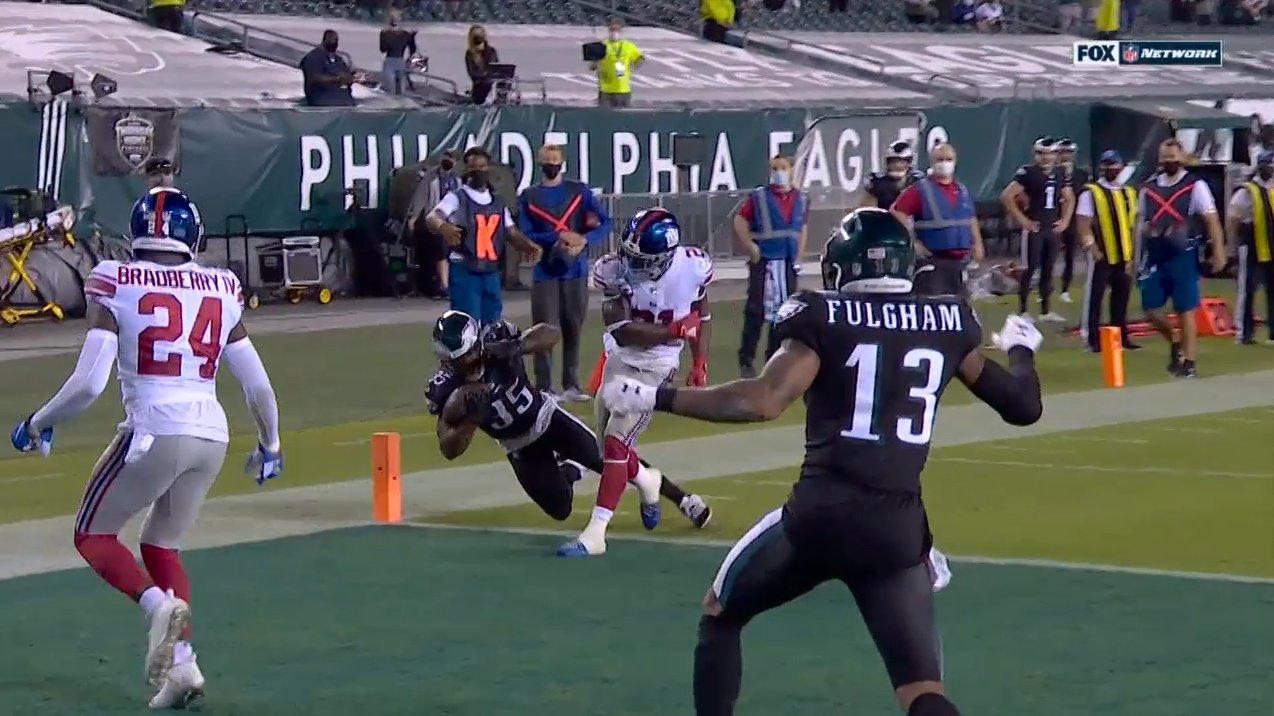 The Eagles pulled off their eighth straight victory over the New York Football Giants with some late-game magic offensively and defensively on Thursday night. Carson Wentz led the offense with his wizardry and Brandon Graham sealed the deal to save the Eagles’ season.

Here are a couple of the calls, brought to you by Merrill Reese and Rickie Ricardo. ¡Es bonito!

Wentz found Boston Scott for the go-ahead touchdown with less than a minute remaining in regulation.

Then, after the Eagles failed on their two-point conversion (what is Doug Pederson doing!?), Brandon Graham sealed the game with a strip sack on Giants quarterback Daniel Jones.

Then, Rickie, whose call just may have to go into the Pro Football Hall of Fame.

Check out Larry Henry Jr.’s recap of the game here.