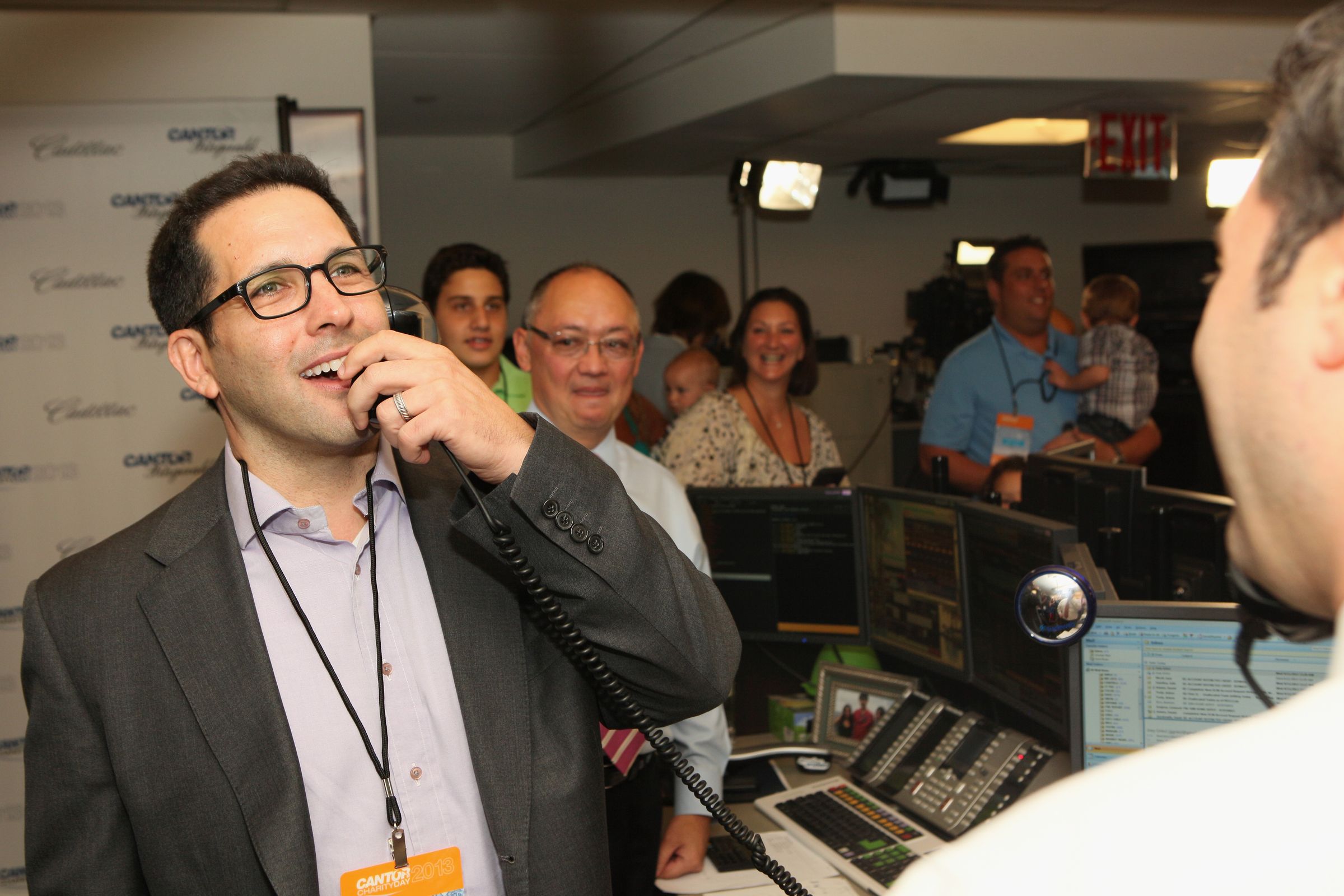 Yesterday, Adam Schefter said he thought the “momentum and signs” seemed to be piling up against Chip Kelly returning to the Eagles next year.

But, here’s the deal for the people who don’t think Schefter knew exactly what he was doing with those comments. He was on a nationally broadcast NFL radio show yesterday. Regardless of what he said, he would be quoted in various news stories throughout the country. In fact, our post yesterday had the exact transcription, penned by yours truly, of what Schefter said regarding the situation, saying it was his read from afar.

Regardless if it was his read from afar or not, his comments are almost always taken as gospel, so is it really a surprise that the reaction was what it was? We certainly didn’t report Schefter was saying anything, but it’s not surprising at all that people took his comments and ran with them. It’s happened before, it’ll happen again.

“First of all, I was completely taken aback at the way that was portrayed … I went back and listened to it twice because all of a sudden my phone started blowing up, and I’m like ‘I don’t get it, like what happened?’ And they didn’t play the first part of the interview where we talked about there were gonna be questions about 15 different head coaches’ futures this year. It’s gonna be an incredibly tumultuous January. It usually is. We talked about the fact that there have been 6.9 coaching changes per year on average going back to 2007 … I expect at least seven this year, maybe more. So it was all about that. And then, Pat Kirwan, who I have great respect for, who knows this league incredibly well, who is also very plugged in, said someone he knows and has great respect for is convinced, and he said it almost as a report, that Chip Kelly is leaving. He doesn’t know what to make of that, but what do you? And my answer to that, that I listened back to twice, was I think this is a situation that bears watching. I think the fans in Philadelphia … the word I used is ‘sick of Chip’ at this point in time. I said he’s probably sick of the situation. I think probably a better word choice would have been ‘They’re tired of him, and he’s tired of the whole situation.’ And that this is where it’s at right now. It’s a strained relationship today.”

“I never said his days in Philadelphia are numbered. I never said he’s out after this year. I don’t think I said anything that’s any different than probably you said on that show, people that called in. I think there’s a question as to whether or not Chip will be back next year. Is that an unfair statement? That’s my belief from talking to various people, and we’ll see how it plays out. I don’t know that he wants to be back, I don’t know they want him back, I don’t know these things. That’s why it bears watching. Because there’s a question about that. Am I wrong about that? You tell me.”

“The questions increase with each loss this team has … Ultimately in the end, I believe after this season, we’ll be wondering whether or not he stays or goes, whether that’s his choice or the team’s choice … There’s a question about his future in Philadelphia. I don’t see the big headline there, I guess I’m missing that. I listened back twice because as soon as I hung up I started getting texts from various people saying ‘Can you come on and discuss your report that Chip’s leaving,’ and I’m like, ‘What report that Chip’s leaving?’”

I mean, Schefter said this morning that it’s a strained relationship. That’s not a story? That’s not something to talk about nationally? Of course it is! Schefter is saying Kelly’s tired of his situation in Philly, and that’s a story, whether it’s a story anyone wants to read or not.

Schefter once backed up his colleague, Chris Mortensen, who was fed false information. You report what you’re told. Schefter covered his ass by using the phrase, “I think” yesterday.

Schefter is one of the go-to sources for the NFL for everything. You think he didn’t know exactly what he was saying in that interview? Schefter is calculated in what he says all the time. He confirmed there’s a Dez Bryant video around, but never saw it and wouldn’t expound on it. So, does it exist? Maybe, maybe not. But it became a big story that local sites jumped on. Schefter knows his interviews aren’t just a conversation between him and the interviewer. I don’t believe for a second he was surprised by people texting him after the interview asking him about his report that Kelly is leaving.

After all, it gave him a perfect reason to hop back on the airwaves today… on the biggest travel day of the year.