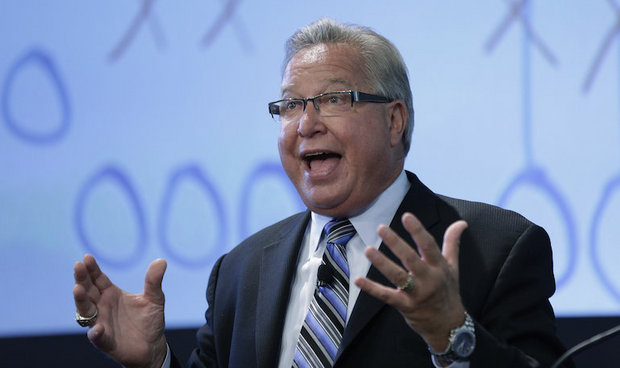 Ron Jaworski joined the 97.5 Fanatic Morning Show today in what seemed like a massive PR move by the Eagles.  In the interview, Jaworski laid out the exact details on the Eagles’ coaching search. We learned that Jaws wasn’t even in the room in Kansas City when Doug Pederson was interviewed.

Here are a few more juicy nuggets from the interview.

.@jawsespn "We came up with the list of coaching possibilities and we had 22 names that could be the next coach of the #Eagles."

.@jawsespn "I was apart of it since the day Chip Kelly was released. Roseman reached out to me & I said yes in helping the coaching search."

.@jawsespn "There was no predetermined thought of whether it would be a defensive, offensive, or special teams type of guy to be coach."

Listen to the entire interview here and tell us what you think. Is Jaws being sent out by the Eagles to try to calm the masses before the official hiring?