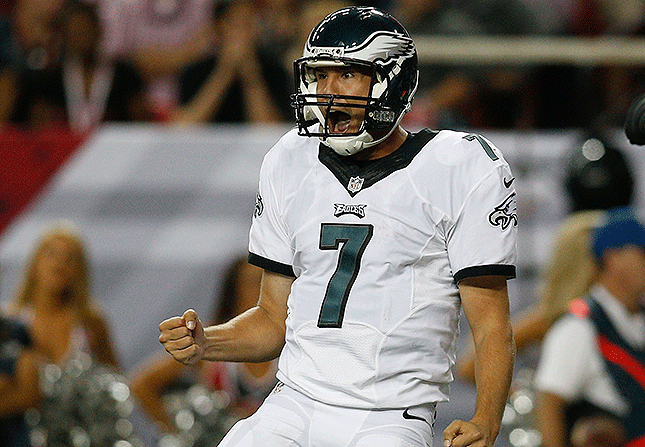 Not every player on the Eagles was a Chip Kelly hater. In fact, as it turns out, one of the biggest pieces to the Eagles’ offense is very upset that Kelly was fired. Quarterback Sam Bradford is said to be frustrated with the decision to let Kelly go.

NFL Network reporter Albert Breer was on with Mike Missanelli on 97.5 The Fanatic on Thursday. Here’s what Breer had to say about Bradford’s feelings with the whole Kelly situation.

“My sense of it, at least and I’ve heard Sam was very upset when they fired Chip, my sense of it is that Sam would probably prioritize stability. If you’re trying to sell Sam Bradford on staying in Philadelphia, I think you’re going to have to show him a model that looks like it’s going to be stable for at least a few years so he can grow through it.”

Kelly after all believed in Bradford, so I can see some of the frustrations that he may have. At the end of the day though, if the Coach has a dysfunctional team, he’ll take the fall for it. Clearly the Eagles were dysfunctional and clearly Jeff Lurie thought that the time was right to pull the trigger on letting Kelly bounce.

Let’s just hope that the next Head Coach of the Eagles is a guy that brings the team together. Whether Bradford is back with the team next year is another story. Maybe if Jon Gruden is the coach, he’ll want to be here.