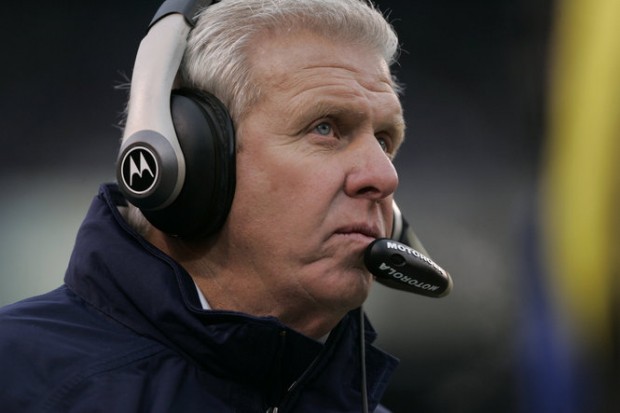 Bill Parcells appeared on 97.5 the Fanatic yesterday to talk about the Eagles’ head coaching vacancy. What’s interesting is that he gave a full endorsement of a guy that he thinks should be the Birds’ next head coach.

That coach happens to be a guy whose name could already be picking up steam. The Tuna endorsed… Tom Coughlin.

“I know guys Tom Coughlin’s age who know a whole lot more about football than some of the 30-year-olds who are coaching it,” Parcells explained. “They struggled the last few years. We know that. I think that he can do whatever he wants to do. I don’t think there’s a number or age on what someone is capable of. If he has the energy to do the job and still knows what he’s doing, then age shouldn’t be a factor.”

You can listen to the whole interview here.