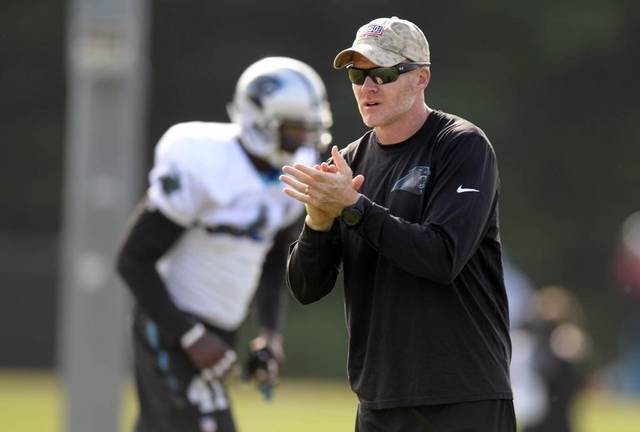 As we previously told you, Sean McDermott recently went on radio earlier this week to discuss the Eagles’ head coaching vacancy. It certainly sounded to the casual listener like he was lobbying for the Eagles’ job opening. However, as of right now there aren’t any interviews with he and the Eagles lined up.

However, things may be picking up for McDermott elsewhere. The Panthers’ defensive coordinator is now set to interview for both the Tampa Bay and Cleveland openings.

For those interested in tracking planes and other such internet stalking methods… Sean McDermott's interview is in Charlotte, not Cleveland

McDermott will meet with the Browns on Sunday. The Browns fired Mike Pettine this week after two losing seasons. Their organization has been a disaster since I can remember. Plus, they’ve had to deal with the Johnny Manziel drama all season.

Meanwhile, According to Peter Schrager of FOXSports.com, the Bucs will interview him this weekend. Tampa Bay of course shockingly (to most) fired Lovie Smith this week after two seasons. The Bucs had six wins this season and had made many strides since Smith took over. The Bucs’ management really did smith dirty too, as according to reports he was fired over the phone.

We’ll just have to stay tuned to see if Jeff Lurie finally makes the call to McDermott for the Eagles’ job.