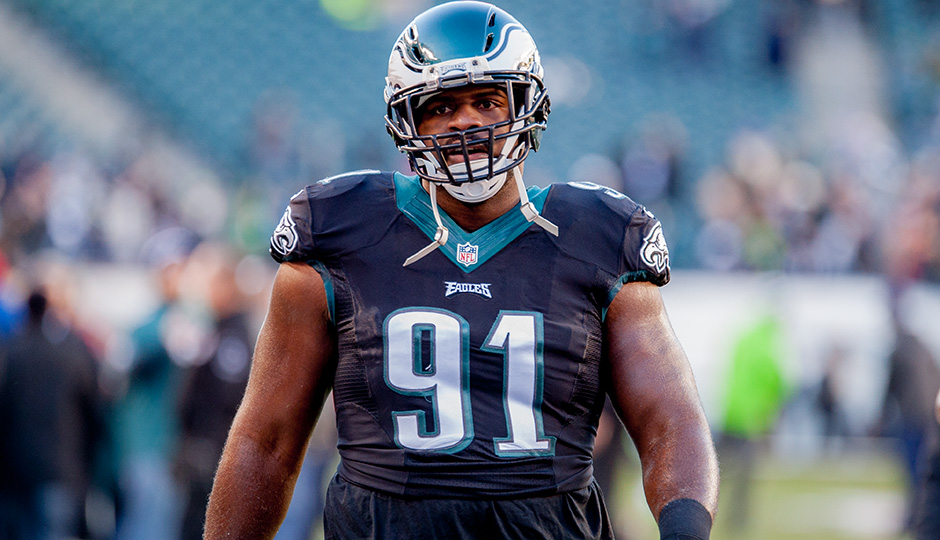 The latest Eagles re-signing was defensive end, Vinny Curry, who got paaaaaaaaaaaaaaaaaid. That puts the list of recent re-signings by Howie Roseman at four: Zach Ertz, Brent Celek, Lane Johnson and now Curry.

Naturally, many assume Fletcher Cox would be next on the list. He was actually probably the first, but his contract will probably be the biggest of the Eagles’ off-season should they re-sign him. Howard Eskin reported that Cox’s new contract could eclipse $100 million, with between $60-$70 million guaranteed.

That sounded like music to Eagles’ fans ears when we first heard it. But, according to one NFL insider, the Eagles and Cox aren’t exactly close to a new deal. Adam Schefter joined the 97.5 The Fanatic Morning Show and talked about everything going on in the NFL. Towards the end of the interview, Schefter talked about Sam Bradford, the possibility of Chase Daniels coming to the Eagles, and Fletcher Cox getting paid. Here’s the exchange between Gargano and Schefter:

Anthony Gargano: So, Fletcher Cox is going to get extended.

AG: What do you think the number is gonna be? Upwards of $100 million? What’s the guarantee?

AS: Well, I’d have to see the numbers on the other players. I haven’t looked at that in-depth. Have you seen that? The numbers of the other defensive lineman-

That doesn’t sound like music anymore. In fact, it sounds like someone passing gas. Not even a burp. A long, loud wet one. You know what I’m talking about.

OK, OK, enough with the fart analogies. This isn’t good to hear, even if Schefter isn’t a “plugged in” national reported like a local

This could mean anything, though. They could be in the middle of negotiations that are going quite well, but still aren’t close to finalizing a deal. That makes sense. Cox is one of the best players in the league, and has to be paid like one. I wouldn’t put it past him to sit out training camp and part of the season if no new deal is reached – and I absolutely wouldn’t blame him.

I talk to Fletcher almost every day,” Curry said with a smile when asked if he thought Cox was close to a deal. “He was a big influence on why I came back.”

If it ever reaches the point of Cox sitting out until he gets a new contract, I’ll start worrying. With Roseman re-signing four of the team’s talent so far this off-season, the future looks bright for Cox. There is obviously a commitment from the organization that wasn’t there when Chip Kelly was in charge. You better believe guys like DeSean Jackson and LeSean McCoy are thinking they got done pretty dirty right now.

You can listen to the full Schefter interview here.