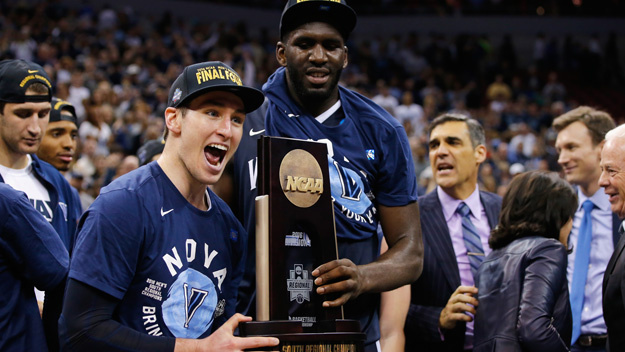 It’s always cool to see local guys drafted into the NBA, or any other league for that matter. National Champion Ryan Arcidiacono doesn’t know what that feels like because he wasn’t drafted, but that doesn’t mean he won’t play in the NBA next season. According to Darren Wolfson out of Minneapolis, he’s reporting Arcidiacono is heading to the Spurs on a partially guaranteed deal.

Villanova national champ PG Ryan Arcidiacono is heading to the #Spurs on a partially guaranteed deal, per source. Good spot for him.

Sure, Archie is fighting an uphill battle to get on the court, but what better place for him to land?

Daniel Ochefu also found a home, for now, signing with the Washington Wizards after the draft, per Washington Post’s Tim Bontemps.

Daniel Ochefu will sign with the Wizards as an undrafted free agent, per league source. One of a few guys they've landed tonight.

The Wizards currently only have five players under contract for next season, so that might improve Ochefu’s chances to stay with the team long-term. We’ll be keeping track of both of these guys in the NBA, and hopefully for a while.