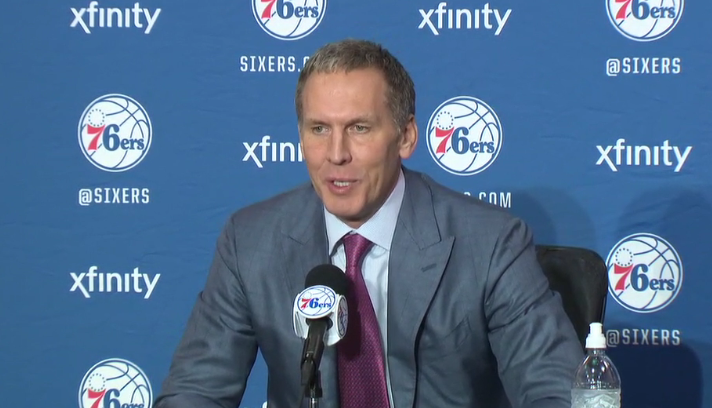 The Sixers didn’t trade up in the top eight of the draft, despite Sixers president of basketball operations and general manager Bryan Colangelo saying they wanted to. And last night, after drafting Ben Simmons first overall, and two European players in Timothe Luwawu and Furkan Korkmaz [who nobody knows much about, so we’ll have a recap of those picks later today], Colangelo addressed the media.

It sounds like Colangelo definitely wanted to make a move last night, but was disappointed the Sixers couldn’t achieve their goal, which ostensibly means trading up in the draft. But then he said all of the rumors surrounding the Sixers trying to trade up in the draft with the Celtics and then the Timberwolves were false.

Both players are under contract for next season, but both have buyouts that could bring them to the NBA as early as this offseason. Whether that happens, it’s unlikely they make a impact right away if they do come over. Luwawu was projected by some to be a late-lottery pick, and Korkmaz had a chance to be selected in the middle of the first round as well.

Here’s more of Colangelo talking to the media after night one of the draft last night: