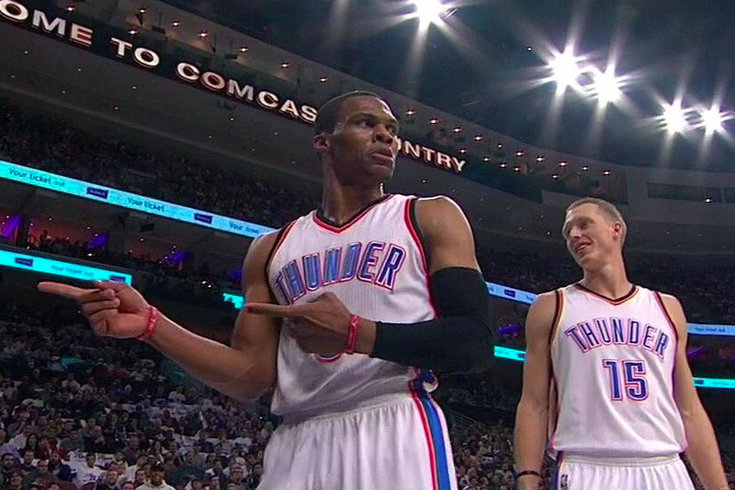 A little past the midway point of the first quarter of the Philadelphia 76ers season opener Russell Westbrook drove in for a three-point play and the star Oklahoma City Thunder guard wasn’t warmly received by one Sixers fan sitting in the front row.

Porky has the shortest, stubbiest pair of middle fingers I’ve ever seen! The unidentified man was kicked out of the building following the incident.

Dude got tossed… not in his seats… keep u updated @PHL_Influencer pic.twitter.com/fr1tXwpDqb

The image has already gotten the photoshop treatment. Joe Buettner composed an awesome image of Kevin Durant’s face being put on top of the fan, obviously poking fun of Durant’s decision to sign with the Golden State Warriors in the offseason.