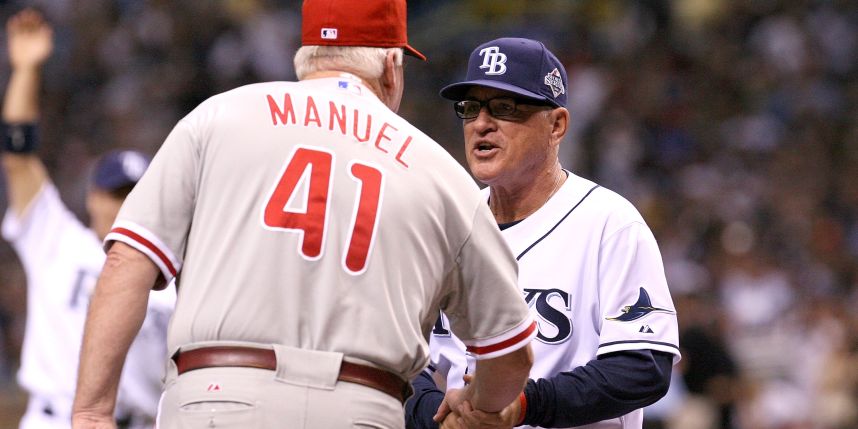 With the rise of Philadelphia’s latest hero (or zero), depending on how you look at it, from the Sixers season opener, another story about Philly fans came to light on Wednesday.

Chicago Cubs manager Joe Maddon, who piloted the Tampa Bay Rays back in 2008 against the Phillies in the World Series, talked to reporters ahead of game two of the 2016 World Series about the infamous rain suspended World Series game eight years ago. The Hazelton, Pennsylvania native told an interesting story about Phillies fans and a hotel in Delaware, as quoted in USA Today’s For the Win.

We found a hotel in Wilmington, Delaware — the du Pont I think it was. I remember at 1:00 in the morning, the entire organization is standing in this magnificent lobby there, and I thought that was a pretty cool moment having us all there at the same time under some really difficult circumstances. But even being down in the series, et cetera, it was still kind of a memory that I’ll always remember.

But you have to be able to conclude or complete a World Series game. I think at that time there was actually no built-in mechanism for that.