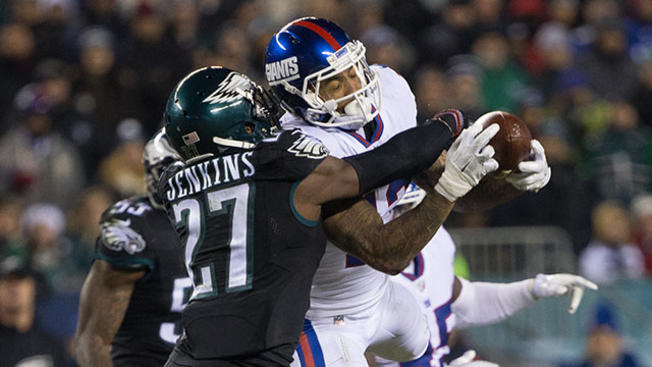 After a two interception night Thursday in the Philadelphia Eagles’ 24-19 win over the New York Giants, including one which was returned for a touchdown, safety Malcolm Jenkins was named the NFC Defensive Player of the Week on Wednesday.

The #Eagles @Toyota Player of the Week is Mr. Pick-Six himself.#FlyEaglesFly pic.twitter.com/dogsgzR1s9

It was nice to see him haul in those picks for a change, his ball skills have never been a strength of his. Jenkins also did an outstanding job of shadowing Odell Beckham when called upon.

Jenkins now has three interceptions and a fumble recovery on the season.