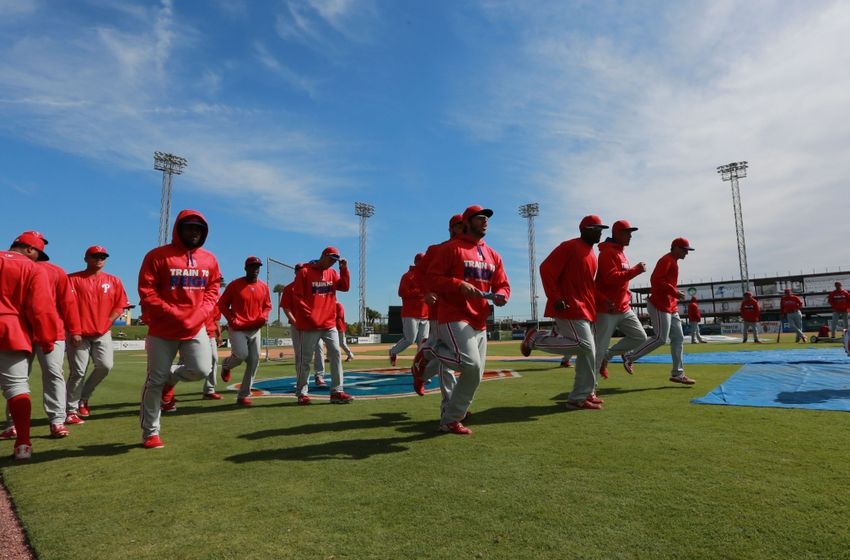 Baseball is back! Spring Training is underway down in Clearwater, Florida, where the weather is probably comparable to the warmth we are enjoying here in Philly right now. What is happening down there in camp? Let’s catch up as there’s just 46 more days until Opening Day!

-Jeremy Hellickson, who exceeded expectations in 2016 as a starter for the Phillies, is the odds-on favorite to be the Opening Day starter, according to manager Pete Mackanin, who said the following:

“Well, let’s put it this way, he’s probably got the best chance of being our Opening Day starter,” Mackanin said. “I’m not definitely announcing it (yet) because anything can happen in the spring. But he was last year and, I’m not making the announcement, but there’s a good chance that he will be. So, if you’re in that area, him, (Jerad) Eickhoff, (Clay) Buchholz, even (Vince) Velasquez and (Aaron) Nola, they’ve got to be close (to on schedule). When we get a week or two into, then you’ll be able to guess without me announcing anything.”

-Fellow pitcher Zach Eflin tossed a bullpen session on Monday morning. He is still working his way back from two surgeries in the last six months. He is on pace to be back for the start of the regular season.

-Believe it or not, the exhibition games start this week. The Phillies face the University of Tampa this Thursday at 1:05pm.

-The World Baseball Classic is upcoming and there aren’t too many Phillies on the rosters of the teams, however, one Phillie infielder would be interested if he got the invite.

Dominican Republic 3B Adrian Beltre out of 1st rd of WBC. “If they called, I’d be interested,” Phillies 3B Maikel Franco said this morning.

-Monday was an early start for the team as it was Photo Day, before the sun even got up.

-This is a little older news, but just in case you missed it, Bright House Field is no longer. It has a new name, Spectrum Field.