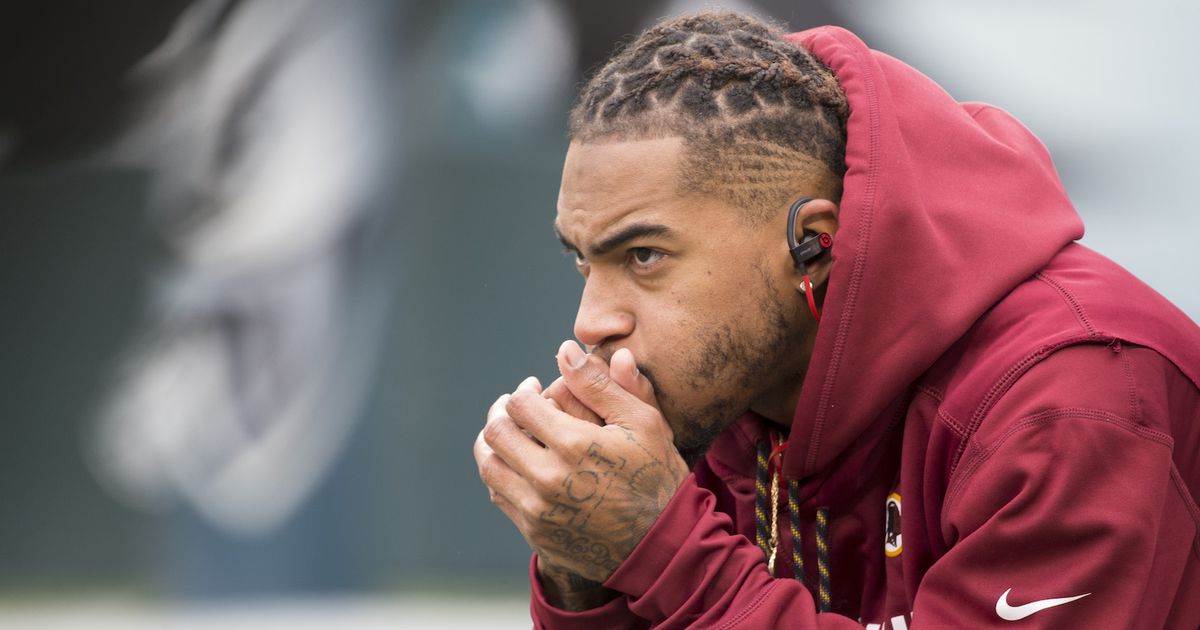 And we’ve got another DeSean Jackson to Philadelphia reunion post! We’ll finally find out where Jaccpot is heading in a few weeks.

Until then, Jackson was a guest on Adam Schefter’s You Don’t Know Adam ESPN podcast on Monday and admitted that a return to the Eagles would be a “great story” and if he left the Washington Redskins, he stated that he’d want to play for a “great quarterback.”

Does Jackson think Carson Wentz has is great?

I’m going on my 10th year in the league, and I would obviously love to play with a great, great quarterbackI think (Washington Redskins quarterback) Kirk Cousins is great quarterback. He’s done some great things these past few years as far as statistics … I want to win. I haven’t won a Super Bowl. A team with a great quarterback and a chance to win is what stands out to me … Wentz came in and had heck of a year as a rookie. I don’t think a lot of people saw that coming. You know, you had Sam Bradford who was there, he ended up getting traded to Minnesota, so he didn’t have no choice but to step up and be that guy. But that was a gutsy call for the organization to really believe in a young guy like that who just came out of college and give him that shot. I think he killed it. He was lights out, had heck of a year. He definitely showed me he can do it and he has all the intangibles of being a big time quarterback in this league.

It seems like the answer to that question is a resounding yes! Here’s what he had to say about that potential reunion with the Birds.

It definitely is a great story, I guess you could say. Starting your career somewhere and obviously going to a division rival team and having the possibility of maybe going back. I mean you kind of just think about all of that, where you started from and maybe where you want to finish it. It’s just a lot of speculation of a lot of thoughts. It almost sounds good but you never really know until the final decision is made.

The 30-year-old Jackson would obviously fit an immediate need for the Eagles at wide receiver, they haven’t found a consistent deep threat since former head coach Chip Kelly inexplicably released him. Despite his age, Jackson feels like he’s still a burner and has 4-to-6 good years left in the tank.

If that’s true sign him up! Jackson caught 56 passes for 1,005 yards and four touchdowns for the Redskins last season.