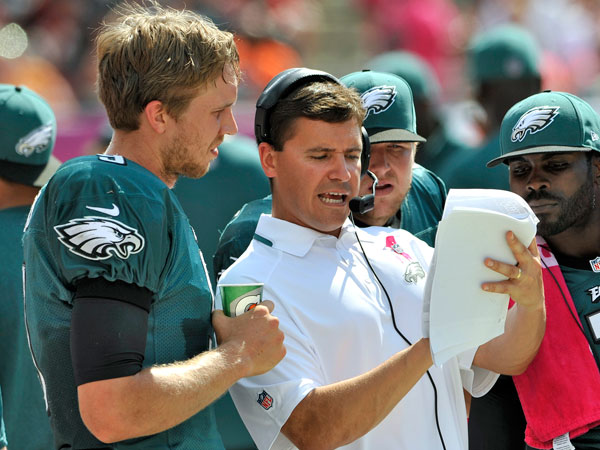 And now, questions about where Chase Daniels lands.

As Schefter states in the above tweet, this leaves Chase Daniel (not Daniels, Schefty, smh…) in limbo. Daniel is a highly-paid back-up and has expressed interest in vying for a starting position in the NFL.

One backup QB drawing interest on the trade market: #Eagles QB Chase Daniel. As teams try to improve there, Daniel is one to watch.

With the Foles signing and the reported interest from other teams, it seems that Daniel’s days are numbered in Philadelphia.

In his first stint with the Eagles, Foles amassed 46 TDs and 17 INTs, of course those numbers are boosted by the 27 and 2 season he enjoyed.

UPDATE: The team made it official with an announcement a few minutes before 9am.

#Eagles and QB Nick Foles agree to terms on a two-year deal. #FlyEaglesFly