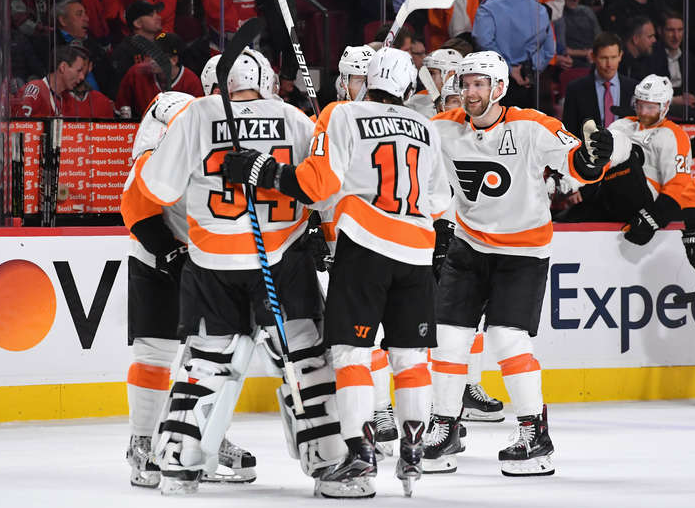 Monday night, the Philadelphia Flyers had a chance to take the number one spot in the Metropolitan Division, and new goaltender Petr Mrazek made it happen.

Not only did Mrazek lead the Flyers to their sixth straight win – his third straight as a Flyer – but he did it in spectacular fashion with a shutout shootout win. He stopped all 27 shots he faced and now boasts a 3-0-0 record with the Flyers.

The Flyers did not give Mrazek not much help on the offensive side of things, but Jake Voracek and eventually game-winning goal scorer Sean Couturier potted two goals in the shootout to propel the Flyers over the Montreal Canadiens.

The Flyers only have 19 games to go, it would be unfair to think that they will not lose anymore games in regulation but the team is tight and has a shot to claim a division title for the first time since the 2010-2011 season.