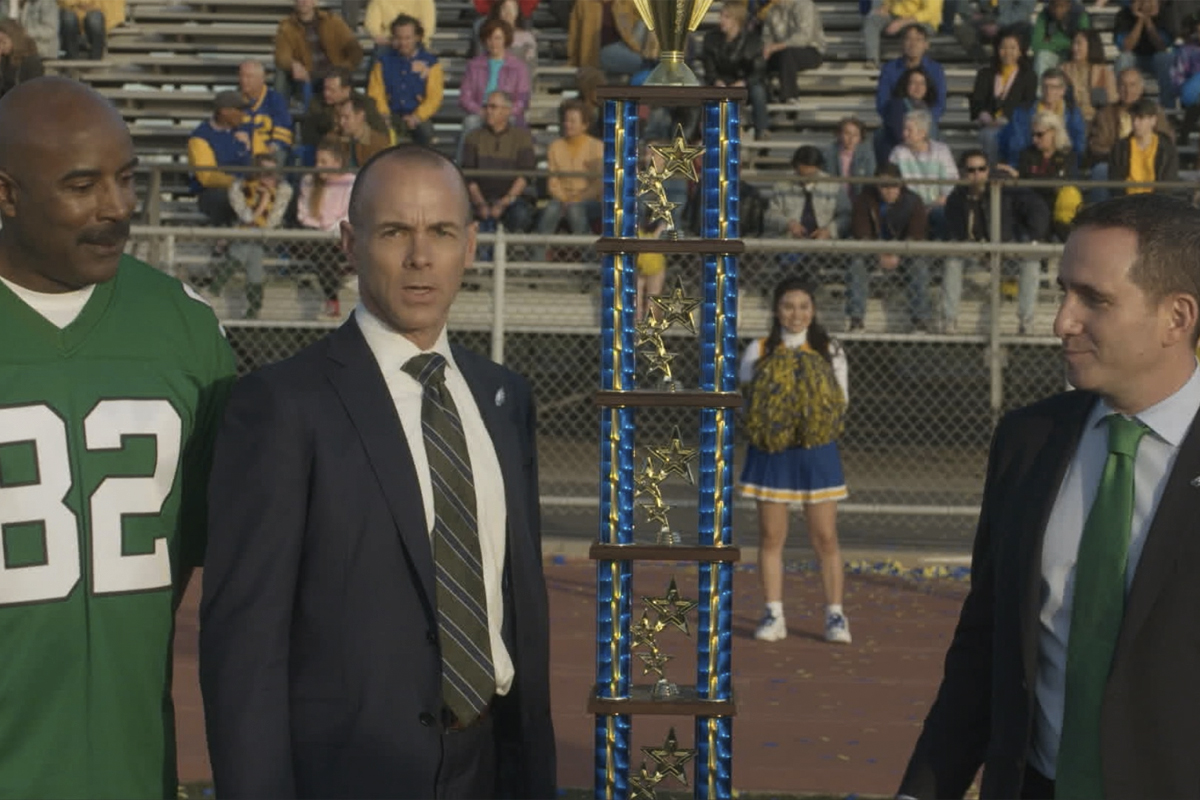 ABC’s The Goldbergs has had various Philly sports centric episodes throughout its run as one of the network’s top-rated programs. And next week in an all-new episode, Adam F. Goldberg will pay tribute to the Eagles and their Super Bowl championship.

More info on the episode:

When Barry Goldberg realizes he can still help his team even if he doesn’t play, the Quakers make a triumphant comeback against their rivals with longtime Eagles announcer Merrill Reese calling the action, “In all my three weeks of announcing high school football, I have never seen anything like this!”

Barry Goldberg’s real-life friends, also known as the JTP (“Jenkintown Posse”) later play a game of touch football with their TV counterparts in a scene featuring Quick and Reese. Befitting a championship team, the game trophy is presented by Eagles Executive Vice President of Football Operations Howie Roseman and Eagles President Don Smolenski. At the end of the episode, the cast gathers to do an “E-A-G-L-E-S, Eagles” cheer as the screen shows “Dedicated to Eagles Fans Everywhere.” There is even an audio cameo from Queen performing “We Are the Champions” as a salute to the Eagles.

The Goldbergs airs on Wednesday nights at 8:00 P.M. on ABC.