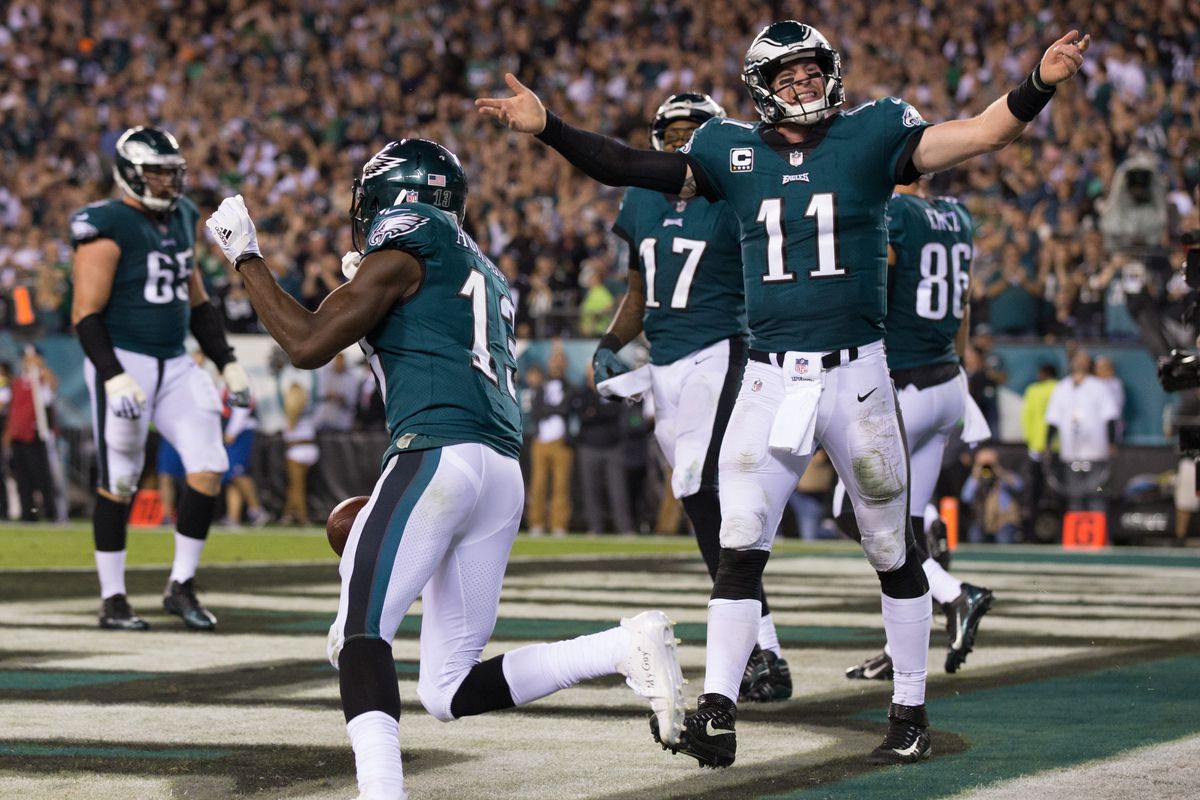 Carson Wentz received the honor of being voted third overall by his peers in the Top 100 Players of 2018 list, courtesy of the NFL Network. Aaron Rodgers, Drew Brees and Tom Brady were the other three quarterbacks voted in the top ten. If you could pick one of those three to make a game-winning pass, who would it be?

The NBA Awards were given out and Ben Simmons received his much deserved Rookie of the Year honor. This was a night that also seen James Harden win the MVP and Duane Casey win Coach of the year. Tony feels LeBron and Brad Stevens should have taken home the awards, respectively. Your thoughts?

In an unfortunate event, the New York Yankees took over Citizens Bank Park this week, Philadelphia Eagles style. How can that happen? What is the reason for the lack of attendance at Phillies games?

A scuffle turns into a brawl between parents at a 12U softball tournament in Kingsport, Tennessee. Is the growing number of sideline scuffles caused by alcohol or social media jealousy? Or both?

Speaking of social media, has the world’s new direction become a center for fake stories and unneeded jealousy? Do some of the posts fuel anger and want, more than congratulatory remarks?

The Heat Ratio (@theheatratio) brings a set of unique views and opinions each week to focus on all the top sports stories making it to the top of the headlines. Listen in as Tony (@TCutillo23)says Klentak and Kapler are the reasons why the Phillies are so boring while John (@PGHJohn36) says it’s just baseball in general. From sunglasses shopping to youth sports drama, it’s all here waiting for your take!

As always you can stop by my Facebook page (FantasySportsAddiction) or tweet me (@TCutillo23) for questions or some nice fantasy/real sports debates. E-mail me at [email protected]. You can listen to The Heat Ratio (@TheHeatRatio) podcast every Wednesday at 12 P.M. on Wildfire Radio, and subscribe on iTunes here.