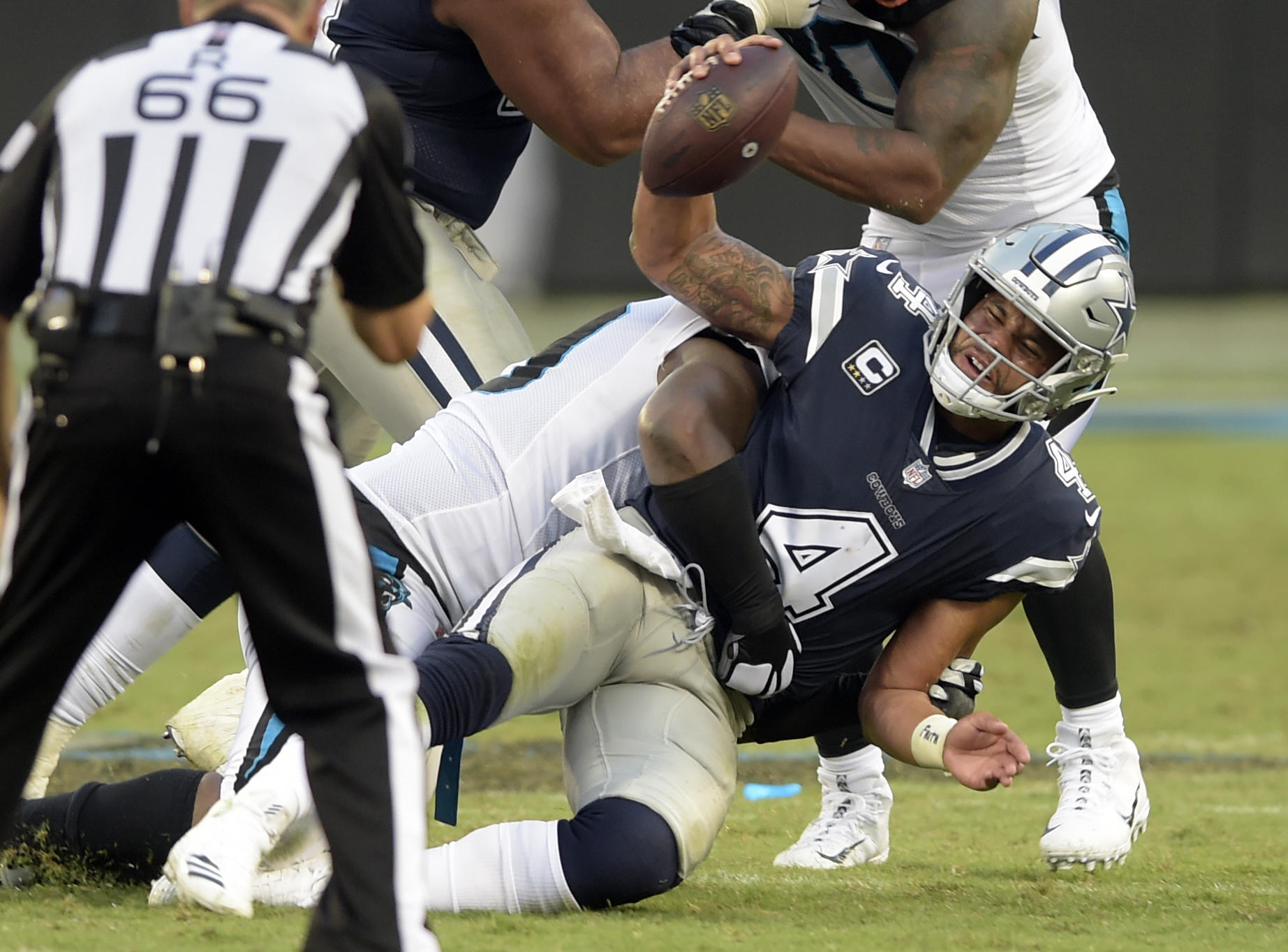 Football season is finally back. Each week is full of big plays, thunderous tackles, and breakaway runs. For most fans, the best outlet for processing everything from a dropped TD to an amazing score is to type away to the edge of character limits. Here are the best reactions to the NFL’s week one action.

Hey Matt Ryan, are you going to throw Julio Jones a catchable ball in the Red Zone? pic.twitter.com/rjNmoNBlHH

Nathan Peterman is having such a bad day that when he threw an incompletion his QB Rating went up from 1.7 to 4.9 pic.twitter.com/yCqM3lDuNM

.@maxkellerman when he sees the Patriots and Tom Brady are still not at the predicted cliff pic.twitter.com/EPdqnQLECS

Kirk Cousins has arrived.
He is being escorted in by security.#49ers pic.twitter.com/8BjCrZwksJ

BREAKING NEWS: The #Dolphins–#Titans game has been suspended and will be completed as part of a double header when the Titans are scheduled to visit Miami again in 2024.

Buffalo Fans when they realize they have Nate Peterman and Josh Allen but they traded out of the pick that could have had Mahomes…… pic.twitter.com/xN9w9Ap51W

This man Aaron Rodgers must’ve taken the strongest pain pills during halftime. He was absolutely geeked out of his mind during the post game interview ?? pic.twitter.com/SEMLhBMike

If the Lions are able to create turnovers from Matthew Stafford’s turnovers.. well that just adds a whole new wrinkle to this Lions offense

Marshawn Lynch, in high school: “Do you have a moment to speak about our lord and savior Jesus Christ?” pic.twitter.com/DF9ZmU2IKm

The Meltdown of the Week

This week’s winner for Meltdown of the week comes from Youtuber Shango who runs the Dallas Cowboys Show channel. He had some great soundbites that included greats like “Get rid of Dak today. I don’t care!” Watch and listen to the glory:

Until next week, happy tweeting and don’t smash any TVs.