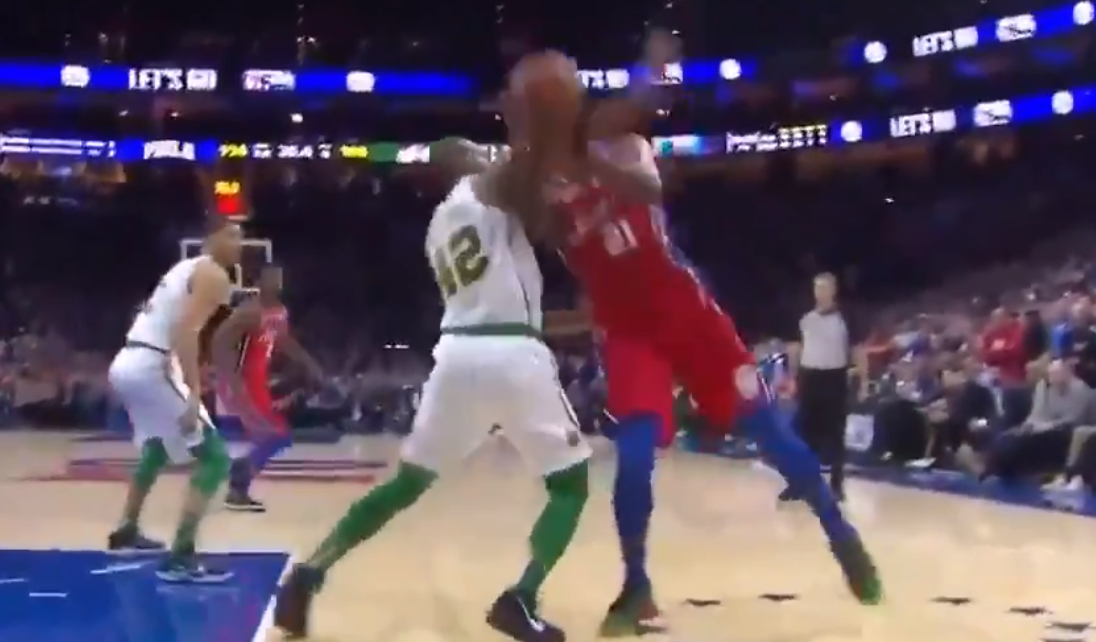 Not how we thought Tuesday night’s game was going to go down. Or should we have? Heading into the game vs. the Celtics, the Sixers were 3-19 out of their last 22 against Boston. However, no Kyrie and All-Star weekend within reach, the Celtics rolled in punched us in the mouth… again. As usual, guys like Marcus Morris and Al Horford didn’t miss, but this time Gordon Hayward poured in 26. That was all they needed.

I honestly didn’t feel good about the game from the moment that broadcast opened up and they said PLAYERS ONLY! Damn you, TNT!

I honestly never felt good about tonight & I blame @NBAonTNT. Right from the jump, bad juju.

It amazes me how boring those guys were in the booth. Greg Anthony brings NOTHING to the game. The only good thing was when they came back from commercial and McHale called someone a dickhead.

TNT’s Kevin McHale caught on the mic calling someone a “d—head” during tonight’s Sixers-Celtics broadcast. pic.twitter.com/Oi0Cz8ZyJ2

Just not our day, but a tough game to watch. We’re loaded and grooving after wining our last two with Harris, and then the shots don’t fall. Or is it deeper than that? Is Brett Brown able to push this team over the hump? Still to be determined, in my opinion.

what has Bret Brown ever done be guaranteed job security besides lose during “the process”…Mark Jackson had the Warriors contending but he could only take them so far and he got sacked… https://t.co/hjrhHWzOqB

Brett Brown on his messaging to his #Sixers about tonight’s regular season showdown with the #Celtics pic.twitter.com/KJBV8oNkLJ