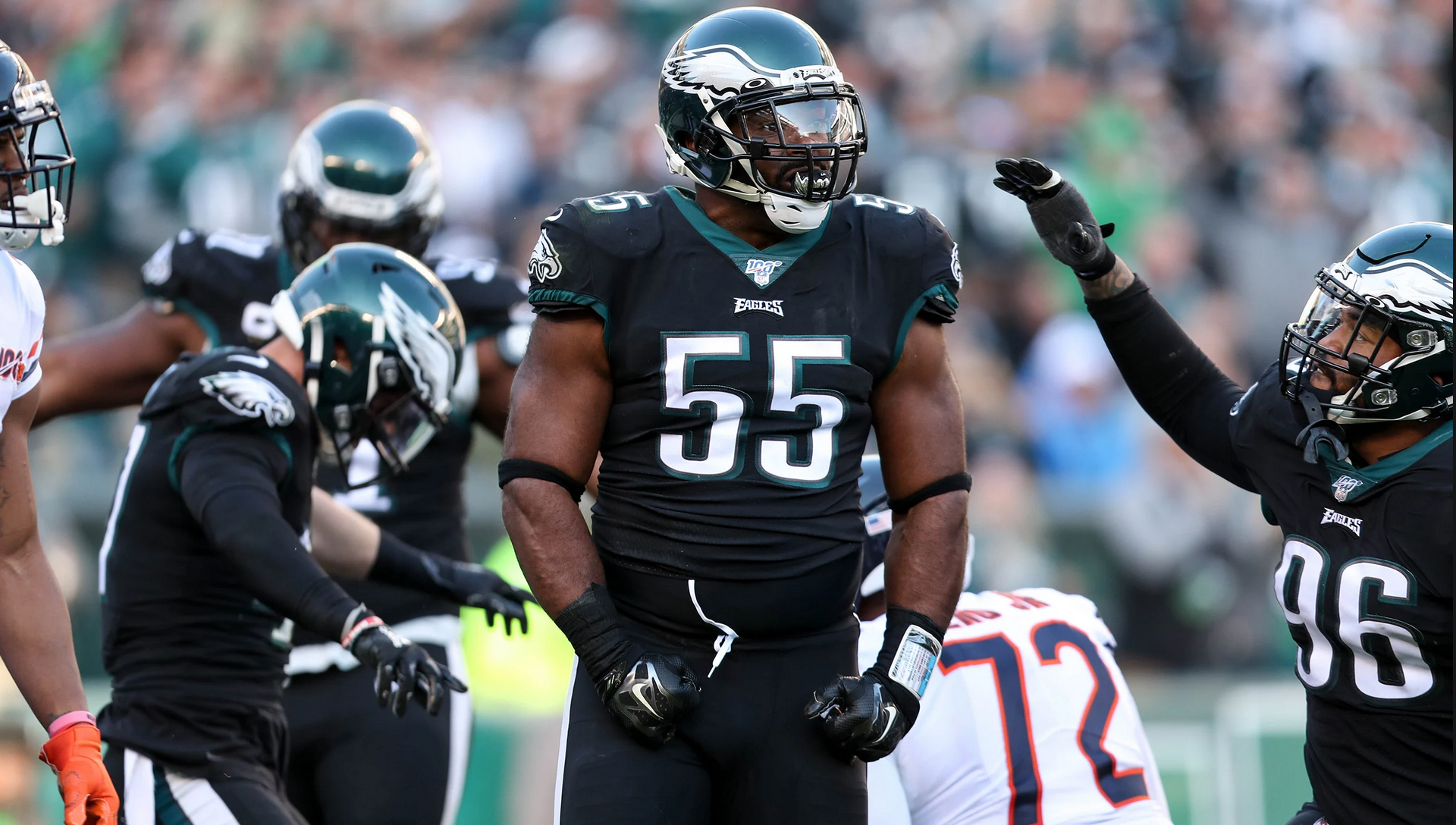 That’s how the Chicago Bears began the football game Sunday against the Philadelphia Eagles, who are finally getting off to better starts.

Jordan Howard had 86 of the Eagles’ 146 rushing yards against the vaunted Bears defense as Philadelphia held off Chicago 22-14 at Lincoln Financial Field.

That’s now back-to-back solid efforts by the Eagles’ defense, especially during the early stages of the contest which has been such an issue for the team this season. They had allowed opening drive touchdowns in five of their first seven games, but have followed that up with three-and-outs in consecutive weeks.

The Eagles have registered seven sacks the last two weeks. If you take away the 10-sack performance the Birds had against Luke Falk and the hapless Jets, they totaled just seven in the other six games this year.

Fletcher Cox has picked up his play following a slow start to the season. He looks to finally be fully recovered from offseason foot surgery. Brandon Graham has been a monster in recent weeks as well. He has six sacks on the year, he’s been slicing into the backfield and registering tackles for loss in the backfield and is sniffing out screens routinely.

So much fun to watch week after week. #FlyEaglesFly pic.twitter.com/Ik4q4PEEQm

But it all goes back to the quicker starts.

There were too many instances this season where the Eagles trailed 10-0 or 14-0 following the first two possessions of the game. The Eagles are a slow and methodical offense and while Carson Wentz can certainly do unbelievable things, they are at their best when they are controlling the pace and the clock. When you continually get off to poor starts each and every week, you’re limiting the amount of plays you can use in your playbook. You’re also throwing your entire game-plan away after a quarter and a half.

By weathering the early storms in recent weeks, it has allowed Doug Pederson the luxury to use his entire playbook. It has allowed the Eagles to run the ball more, something they’ve always had a lot of success with.

Watching this touchdown by Jordan Howard must be unBEARable for Chicago fans. pic.twitter.com/LDxZUIxnqe

So last year the issue was not being to close in the fourth quarter because the Eagles didn’t have a running game.

The Eagles are getting healthier. The trio of Ronald Darby, Jalen Mills and Avonte Maddox are back and their presence helped the Eagles’ defensive backs on Sunday. A banged-up secondary yielded 10 catches for 143 yards and a touchdown to Allen Robinson in the Wild Card game last year, but he was limited to just one reception for six yards on Sunday.

Confidence is being built and swagger is being restored.

With that being said, we do have to take a step back a realize who the Eagles have played the last two weeks. Josh Allen and Mitchell Trubisky aren’t exactly lighting the world on fire at the quarterback position.

It’s how the Eagles have won the last two weeks that has me encouraged. They’re getting off to better starts, they’re getting after the quarterback and the secondary play has been better. Other issues still need to be cleaned up like red-zone defense and 3rd-and-long defense, but again, things are looking up.

The litmus test for the Eagles comes after the bye.

That’s when we’ll really know if the Eagles’ defense is back.