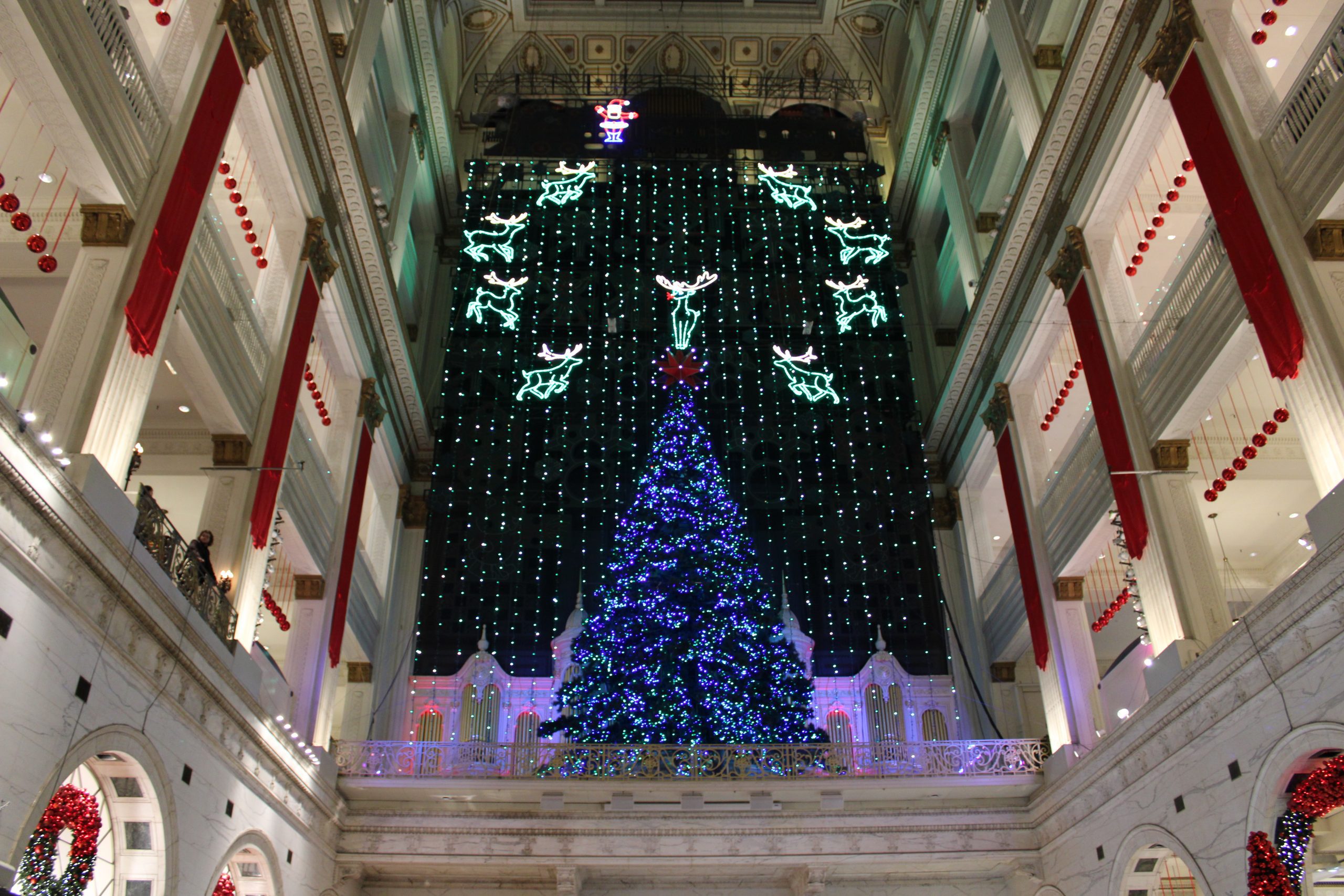 Since 1956, the Macy’s Christmas Light Show and Wanamaker Organ Concert has been a treasured Philadelphia tradition. During the sixty-three years, the showcase has received radiant updates while keeping its traditional splendor. The true essence of Christmas and the heartfelt spirit of wonder will be on full display for weeks to come.  Over the weekend, Macy’s Center City gave families a glimpse of the merriment and joy that awaits them this holiday season. Santa and his helpers revealed the highly anticipated Christmas windows, there was live music, holiday treats, a Dickens Village preview, tremendous deals, and more in the lavish and festively decorated department store. 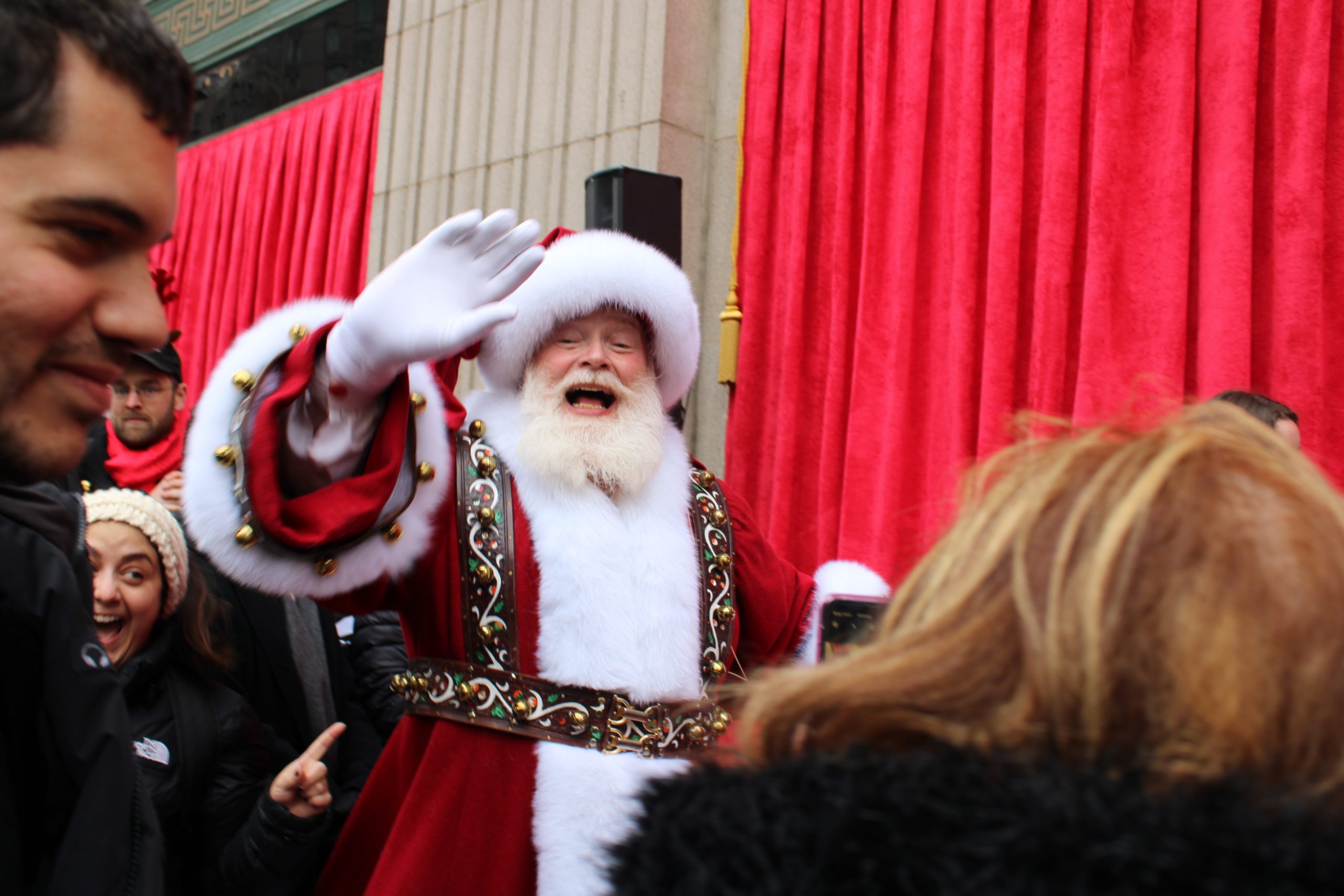 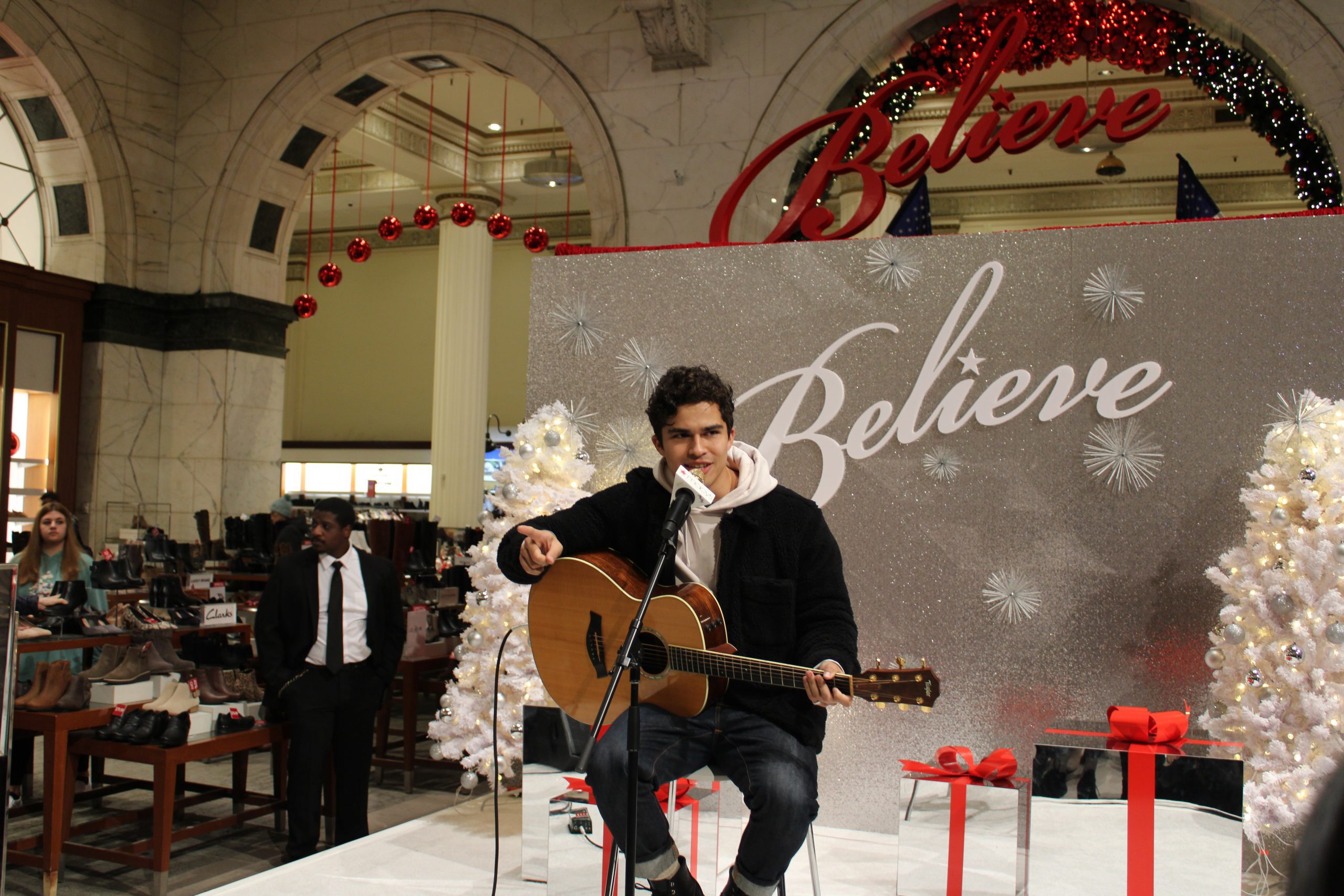 Running from Friday, November 29– December 31, 2019, Macy’s Center City will be bringing you season’s greetings and spreading joy through attractions, events, and with special savings for you and your entire family.

The Macy’s Christmas Light Show and The Wanamaker Organ Concert 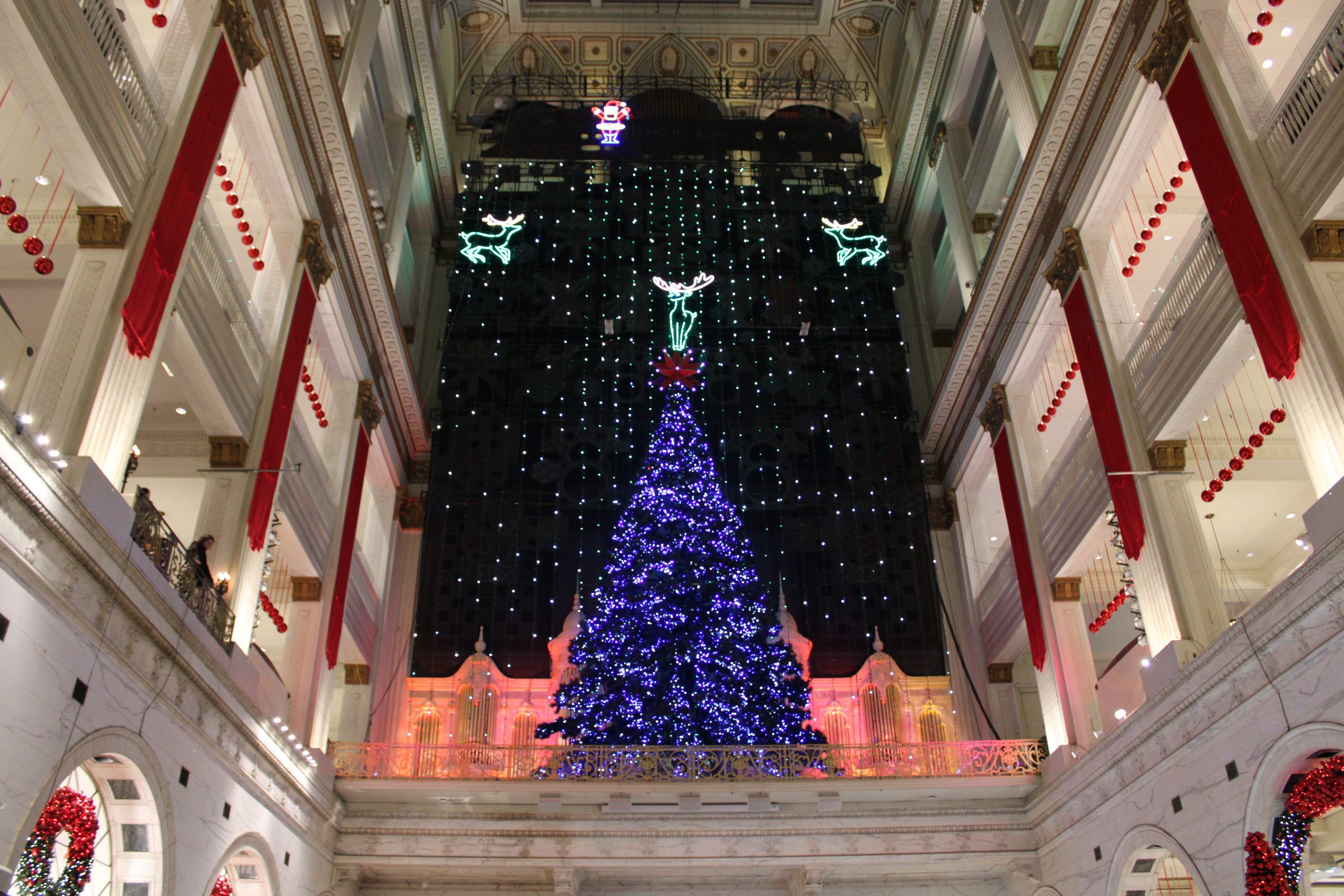 More than 100,000 vibrant, energy-efficient, and shimmering LED lights will dazzle you through the end of December. Come be swept away by the dancing and truly amazing holiday images. The Macy’s Magic Christmas Tree, on display during the show, is glistening with approximately 34,500 LED lights in six different colors. Daily Light Show Showtimes are 10 a.m., 12 p.m., 2 p.m., 4 p.m., 6 p.m., 8 p.m. Macy’s is closed on Thanksgiving and on Christmas Day but will be open on New Year’s Day.

The world-renowned Wanamaker Grand Organ will be providing live holiday music during the finale of the noon Light Show. The Wanamaker Organ is also played on Monday, Tuesday, Thursday, and Saturday at 5:30 p.m., and each Wednesday and Friday at 7 p.m. All organ concerts are 45 minutes long. The heavenly Wanamaker Organ is the largest playing pipe organ in the world and has more than 28,677 pipes.

The annual Macy’s Christmas Light Show and the Wanamaker Organ Concert is free to the public. 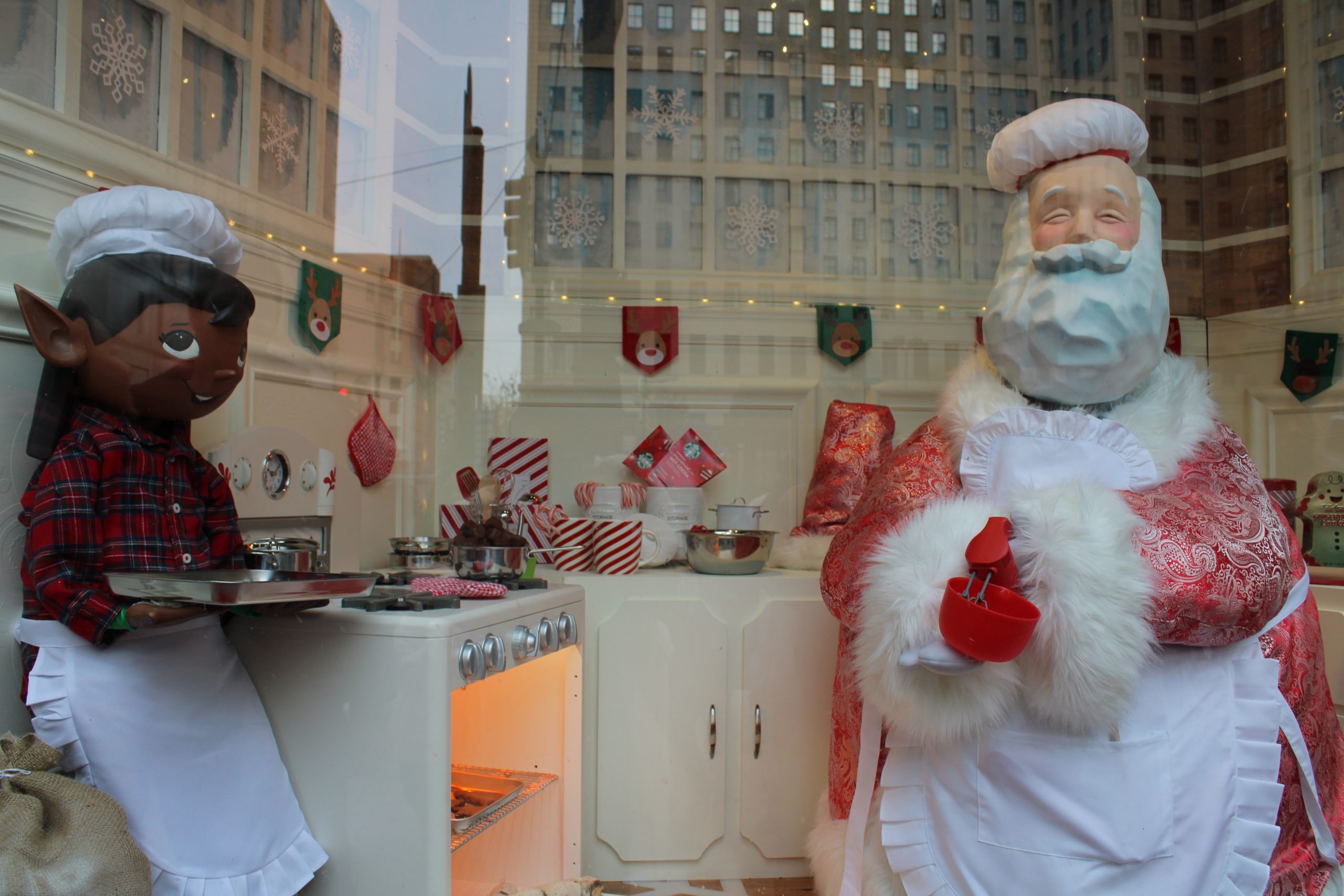 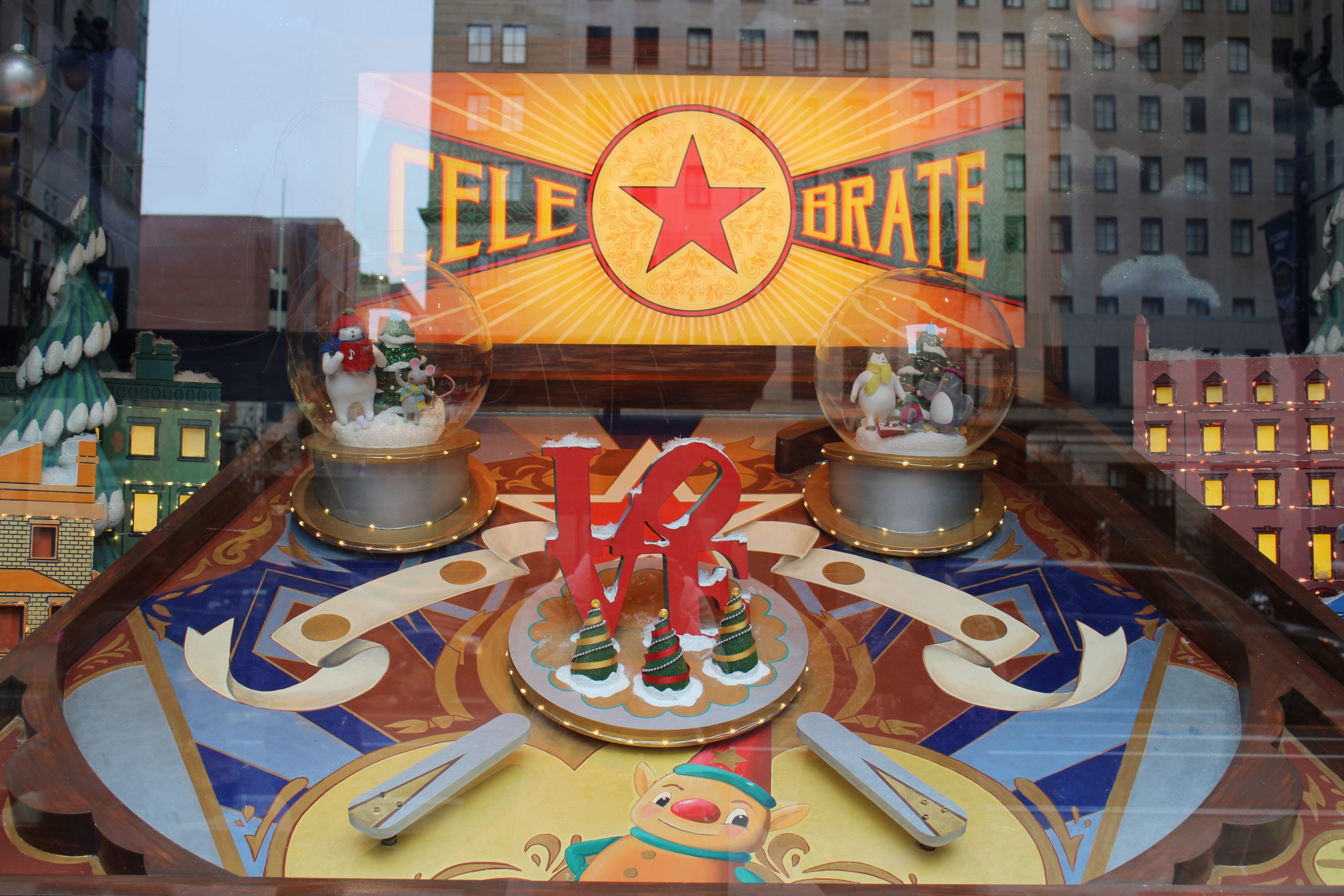 Adorning the Market Street facing windows of the popular department store are the Macy’s Holiday windows. Since the 1870s, Macy’s has filled their windows with holiday spirit and intricate decorations.  Macy’s was the first to store to ever display holiday windows. This joyous tradition is something that should not be missed. 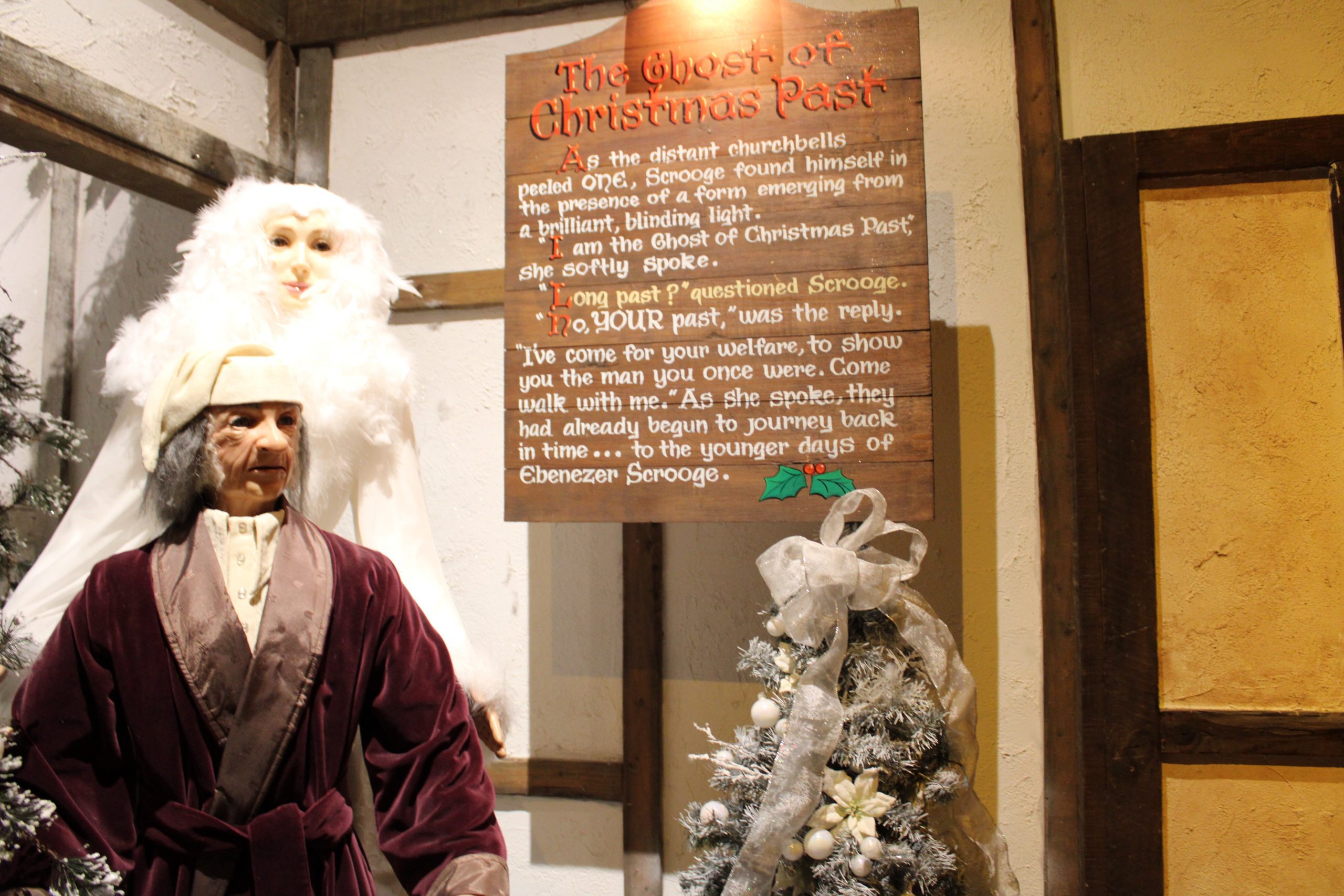 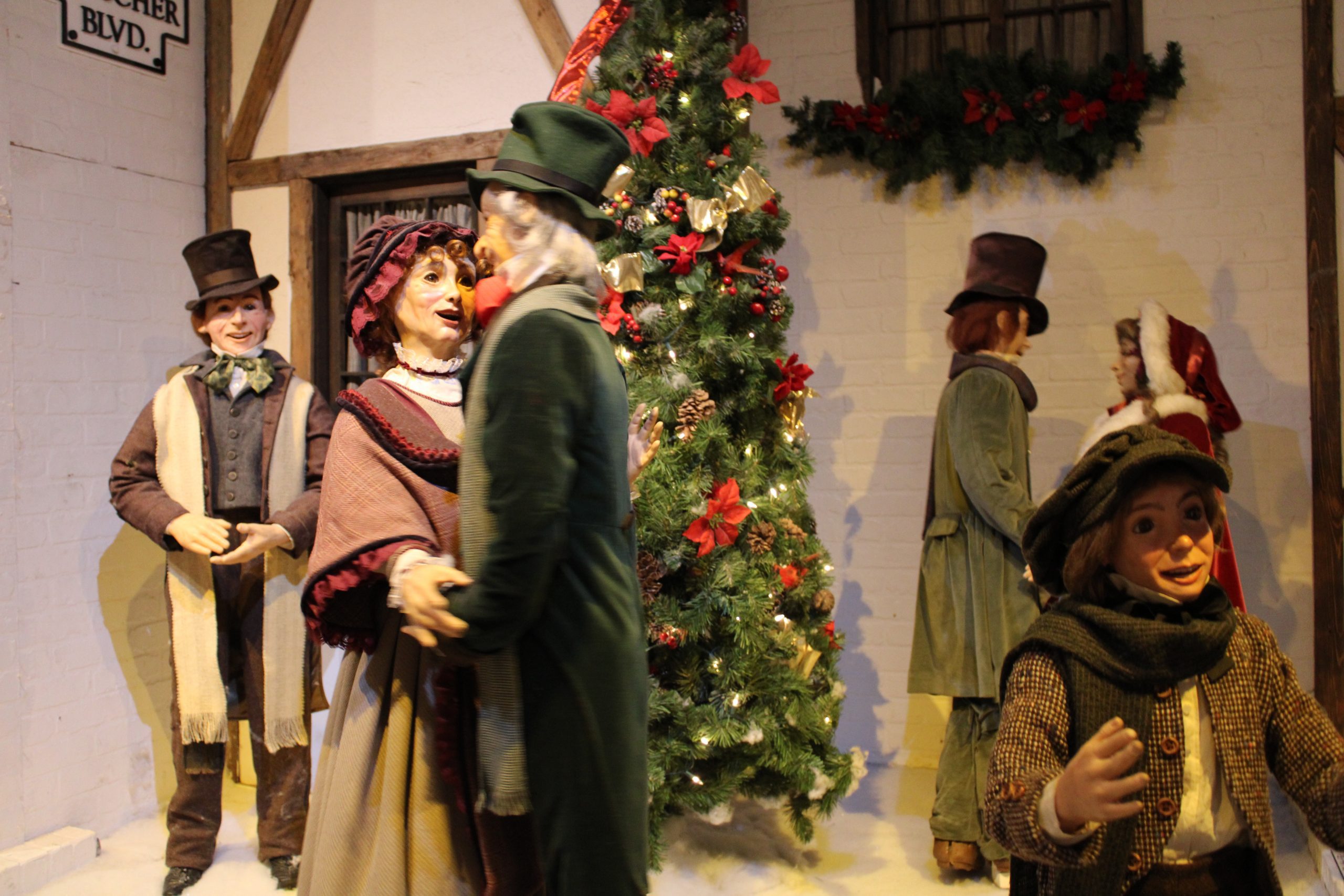 Each year, the third floor of Macy’s Center City is transformed into “Dickens’ Village” through the end of December (November 29 – December 31). For more than 20 years, this beautifully crafted 6,000-square-foot Village brings Charles Dickens’ classic holiday tale to life. The free and self-guided tour features antique and lively animatronic dolls. Your family can walk through the A Christmas Carol-themed display and watch as the novel unfolds right before their very eyes. Once you get to the end, you’ll get the gift of having a sit down with Santa and getting your photo taken (through December 24).

The vindication story of Ebenezer Scrooge Open daily: 10 a.m.-7 p.m. You can see the charming exhibition each day of the holiday season (excluding Christmas). This holiday classic display is one of the most unique holiday traditions the city has to offer. 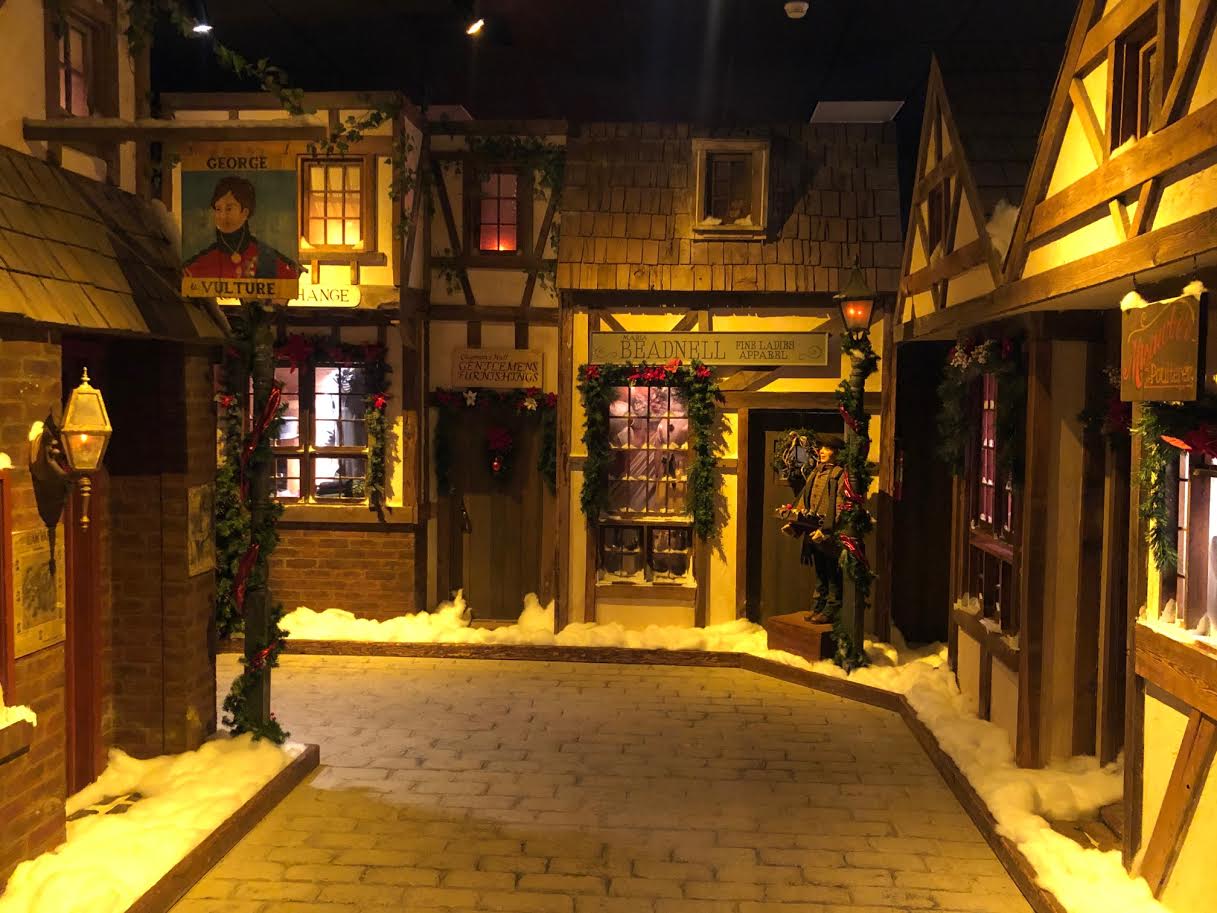 Macy’s Center City ( 1300 Market St)  is located just one block from City Hall and is near several other premier Philly attractions. Feel free to utilize the Philly PHLASH shuttle or SEPTA public transportation to get to the store.  There are also paid parking lots nearby and plenty of street parking.