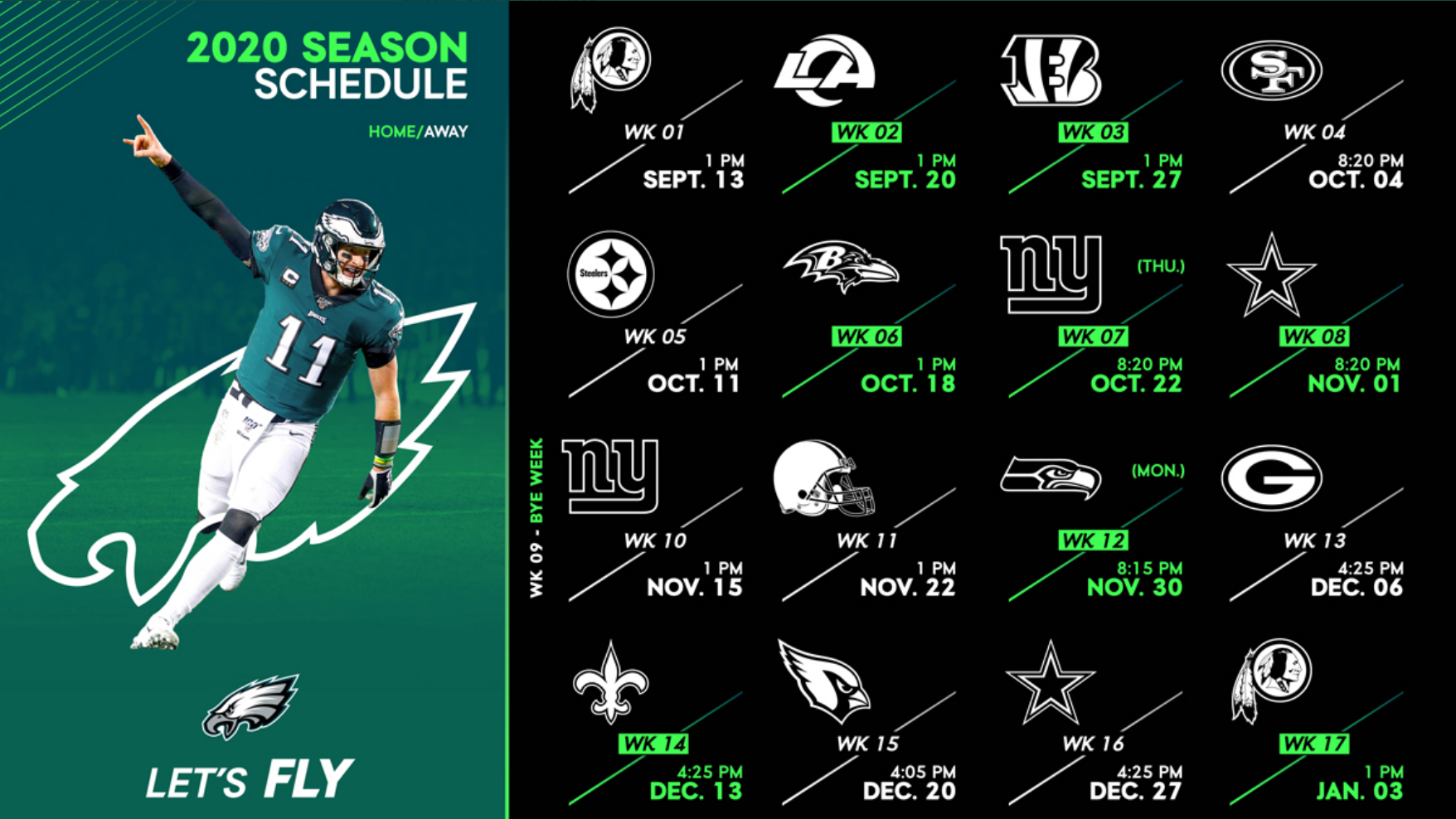 The Philadelphia Eagles’ 2020 schedule has been unveiled, let’s break it down.

That Week 12 contest against Seattle begins a rough three-game stretch where the Eagles have to face Russell Wilson, Aaron Rodgers, and Drew Brees in consecutive weeks. This will be a key point during the season with a Week 16 showdown looming in Big D against the Dallas Cowboys, which very well could be for the NFC East.

Check out my thoughts on the schedule below.