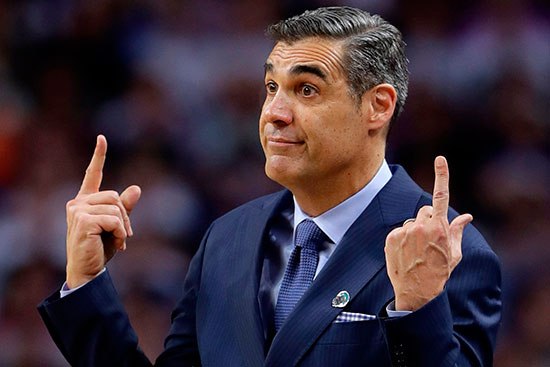 We got back to our winning ways yesterday going 3-2, and if not for overtime in Illinois-Nebraska, we were on our way to a smooth 4-1. But such is life, along our journey we will have both good and bad beats. That being said, I shall be expecting the betting gods to give us our fair share on the other side soon enough. I’m sure you are expecting one of the funny anecdotes or tales that I have typically included in these posts, but alas, tipoff is drawing near. Today, we are doing strictly business and diving right into our Saturday Six-Pack:

This to me, and probably most people, is the best mid-major matchup of the year. The combined records of these teams are 36-4, and many of their wins have been dominant. If you made me take a side on the game, I would probably go with Loyola-Chicago, but I can see this going either way. I do expect both teams to show up though and have it be a competitive game for most of it, hence why I like the over here. Relatively a low number at 132.5, and both teams are averaging over 74 points coming into the game. This is also the front end of a back-to-back for both of these teams against each other. For the second matchup, defenses may have figured it out, but in this first battle, I’m expecting a shootout.

Take the over 132 and watch the points fly in this mid-major showdown.

I think the Big Ten is the best conference, but the Big 12 is right behind them and with teams like Baylor, Texas, Oklahoma, Texas Tech, West Virginia, and Oklahoma State all in the Top 25, they might have a case as the top dog. Two of those great teams are squaring off today in the Sooners and Mountaineers. Oklahoma won the first time these teams met earlier this year in Norman, but I don’t think they will sweep the season series. This time they face off in Morgantown, and I expect WVU to win this one. I do expect a close match-up, so there is a chance the 2.5-point spread could come into play, but I still see it as unlikely to happen. If the Mountaineers hold a few points in the final minute, the foul game should be enough to get us the cover.

Take me home country roads and ride with the Mountaineers laying the points.

To look at the Big East standings this year is a reminder how impactful COVID-19 has been on some program’s schedules. Creighton is 11-4 in conference play (currently second in the standings), and right behind them is Xavier at 4-2. The Bluejays have played the most games in the conference, and in some ways that might be beneficial for them as they square off against the Wildcats. But I don’t see that being the case. Creighton has lost six of their last eight ATS coming into this matchup, and they haven’t played anyone near the quality of Villanova during that stretch. Ten days ago, Jay Wright’s squad lost to Saint John’s as a double-digit favorite in a shocking upset. Since then, they have won two games by double digits, most recently beating Marquette by 32. Villanova has their eyes on a one seed come March, and with the Big East not having a lot of other top teams, a convincing win against the second-best team in the conference might be a necessary resume builder to get them there.

Take the superior team and watch the Wildcats roll.

These two teams have both had wildly up and down seasons if you have been following. Tennessee started off the year looking like a title contender, winning 10 of their first 11 and were ranked in the top 10. LSU didn’t have the ranking, but also started off the year hot at 10-2. Both teams have since cooled off, and each has had some absolutely brutal blowout losses. When you do a deeper dive into each of their schedules, neither team really has many quality wins. Tennessee split the season series against #10 Missouri, but that is their only win against a team that is still in the Top 25. LSU does not have any wins that fit that description.

The game probably does mean slightly more to LSU. With the Volunteers still being ranked this late in the season, and being the second-best team in the SEC, they are likely tournament bound. LSU also has a chance to make it, but it’s certainly not a lock. That being said, I still don’t trust the Tigers and, therefore, am taking Tennessee. Tennessee is the higher pedigree team, and I expect them to wake up for this game.

LSU hasn’t proven anything yet this year, take the Volunteers on the road.

I almost did it again, it really almost happened. Oh, right, you don’t know what I’m talking about, let me add some context.

I haven’t played them much [actually never] in the blog, but I have fallen into the trap that is the Nets this season. I see Durant, Kyrie, and Harden in the same lineup, and I forget for a second I’m not prepping for an All-Star Game. But this team has not been good at all against the spread. In fact, they are one of the worst in the league this season, but admittedly, I keep almost falling into that trap. But not this time, I’m better than that, and I’m confident you’re better than that.

Please don’t take this as though I’m pulling a complete 180 and taking the Warriors, because that’s not what’s happening either. The over is 17-3 in the last 20 games for Brooklyn. Stephen Curry has been putting on a show this season and has been dropping huge numbers in primetime, such as last Saturday in Dallas when he dropped 57. The number is high at 243.5, but I think it’s that high for a reason. Just to be clear, at that high a total we will need each team to average over 30 points a quarter, which is a wild number to think about. But it’s prime time, and I think both teams want to show off their offensive prowess. This should be a really fun one to watch, and we will likely see an absurd number of three’s taken.

Sit back and watch four future Hall of Famers [yes, I’m counting Kyrie and I don’t like it, either] do what they do best, score a ton of points and play mediocre defense. Take over 243.5.

If it ain’t broke, don’t fix it. I know the Heat’s started to get their act together, winning four straight games and trying to remind us that they were in the Finals last year against the Lakers. But Utah seems like a team on a mission. They haven’t just won nine of their last ten, but they have also covered their last five times out. I also was a bit nervous that the Jazz are finishing the second leg of a back-to-back, but they have covered three out of four times in that situation already this season. What it really comes down to is the fact that I’m sold that Utah is legit, and while Miami has been better, I’m not fully sold that they are back to bubble form.

Again, if it ain’t broken, don’t fix it. Let the music take you away and back the Jazz.

This marks the start of my second week giving out picks in the blog, and shooting 59% from the field (10/17) isn’t bad at all, but I think we can improve. Why can’t that improvement start here? Good luck everyone, let’s get some money!