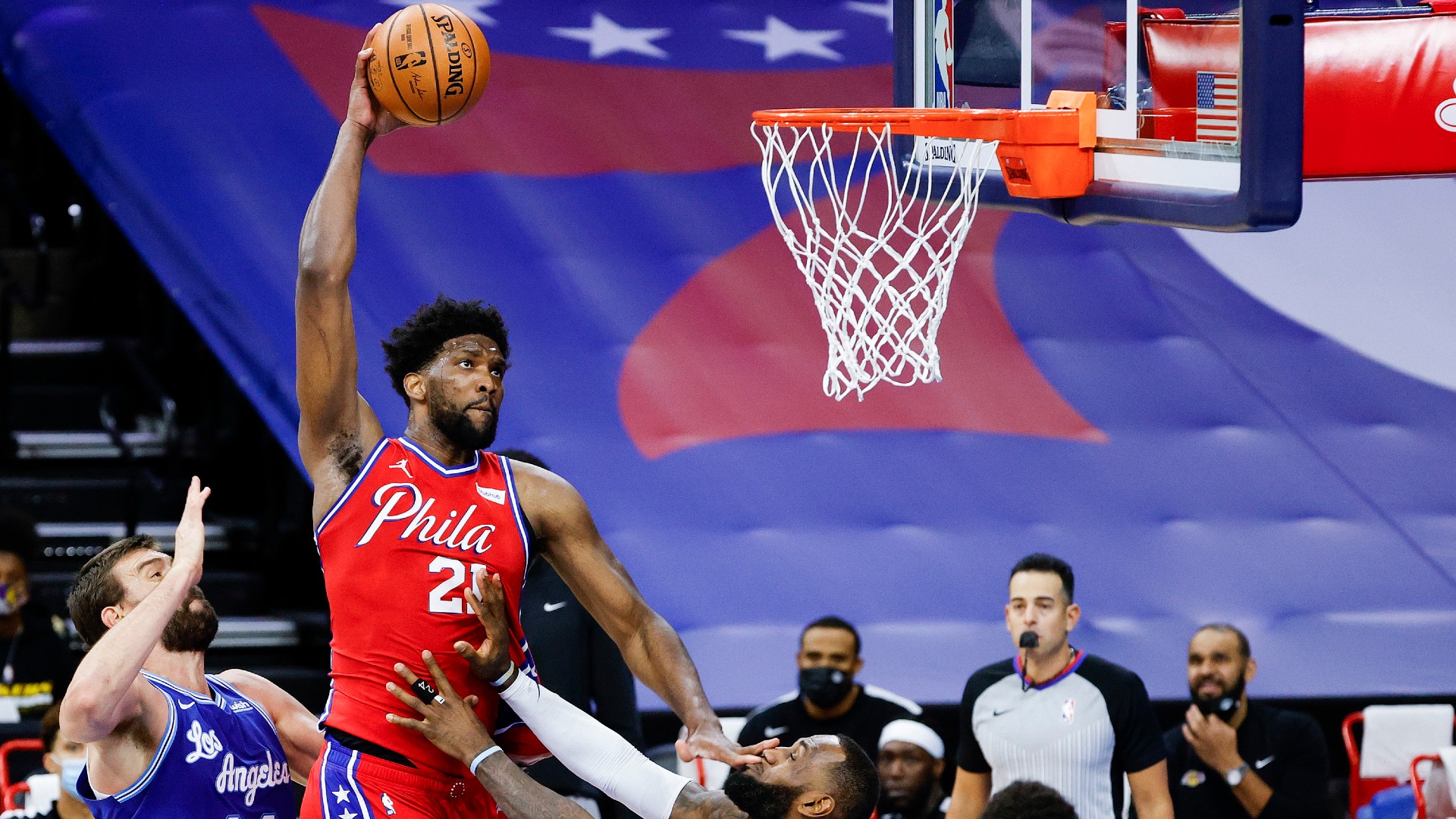 We’re back at it again with this week’s Morning Brew. It was the first weekend since the National Football League season ended. Joel Embiid is making a strong case for league MVP. The Sixers are looking strong to start the season, despite their two-game losing streak. The second impeachment hearings of former President Trump ended the same way the first one ended. This and so much more is covered this week, so without further delay – let’s hit you with that Brew that you’ve been craving.

Advertise with us! Find out how here!

The Sixers lost their second game in a row on Saturday

Joel Embiid is making his case for league MVP

Two-way dominance. Consistency. The stats. The team success. (And the biggest threats.)

“I haven’t seen anybody who can stop him,” Ben Simmons said. @DerekBodnerNBA on Joel Embiid’s early case for NBA MVP: https://t.co/w8plyFaWKB

Some think LeBron James should be MVP

It’s very interesting to me that the #Eagles view Carson Wentz as Matthew Stafford in that trade as opposed to Jared Goff in that trade..

And the Wentz rumors continue to swirl

That is the best offer the #Eagles have received – No first round pick offer for Wentz.pic.twitter.com/9ZGuiXI1nH

Jalen Hurts is preparing for the 2021 season

As the Eagles wait for better offers for Carson Wentz, Jalen Hurts plans to prepare for 2021 https://t.co/KYoz6QOQVH

Zach Ertz to the Seahawks or Colts?

The Eagles have reportedly discussed a potential Zach Ertz deal with at least two teams. 👀 pic.twitter.com/hUqoE3o8se

Baseball is almost back!

Donald Trump was acquitted in his Impeachment trial … again

The verdict in Donald Trump’s second impeachment trial is certain to influence the former president’s political future and that of the senators who acquitted him. Seven Republicans joined all Democrats to convict, 10 short of the 67 needed to convict him. https://t.co/0W2xrAemwl

President Biden released a statement on the Impeachment Trial

INBOX: Statement by President Joe Biden on the Senate Vote in the Trial of Donald Trump pic.twitter.com/eWtvLEDWQn

Democrats go soft when it mattered the most

After fighting for witness testimony, Democrats have caved and Trump’s #ImpeachmentTrial will end without it. Baffling. pic.twitter.com/swgu1MCHyd

No wonder so many people hate politics

If this ⁦@nytimes⁩ story is right, and the House dropped the witness demand because the Republicans in Senate threatened to block all nominees and legislation, that just underscores how scared Republicans have been of Americans learning the truth. Outrageous behavior. pic.twitter.com/9CzCZSlFJA

Mitch McConnell is a coward

Never forget what Mitch McConnell did:

1. Delayed the start of Trump’s trial until after he left office

2. Claimed the trial was unconstitutional because Trump left office (False)

If only McConnell could’ve done something about Trump’s behavior

Donald Trump’s domestic terrorist attack on the U.S. Capitol that killed a cop and at least 5 others lasted…

With that in mind, surely Lindsey Graham would be outraged by the January 6 insurrection, right?

Republican Sens. Lindsey Graham and Ted Cruz — who swore to do impartial justice before Trump’s second impeachment trial — just left a meeting with Trump’s defense attorneys where they coordinated “strategy”.

Lindsey Graham … then and now

How it started How it’s going pic.twitter.com/CY8NEQtezJ

WATCH: Laughter breaks out in the Senate Chamber after Trump attorney Michael van der Veen insists that any impeachment trial depositions should be done in person in his office in Philadelphia

“I don’t know why you’re laughing,” he says https://t.co/3HfaYxaxQC pic.twitter.com/5DnCaTWJvF

On the latest episode of @ShootersRadio, the guys dive deep into WWF’s St. #ValentinesDay Massacre 1999, where Stone Cold Steve Austin and Vince McMahon fought inside – and outside – a steel cage!

Get all your podcasts from our contributors in one place

GET ALL YOUR PODCASTS FROM OUR CONTRIBUTORS IN ONE PLACE! Check out our Anchor page!

Available wherever you get your podcasts!https://t.co/w9sZhuZ2vx

Always a Texan. Thank you, @JJWatt.https://t.co/2RNwmXRdKZ

This weatherman doesn’t hold back

“If you don’t like the person you’re with, you might as well go ahead and leave right now” pic.twitter.com/a9Efc1u19E

Check out all of our site contributors right here.