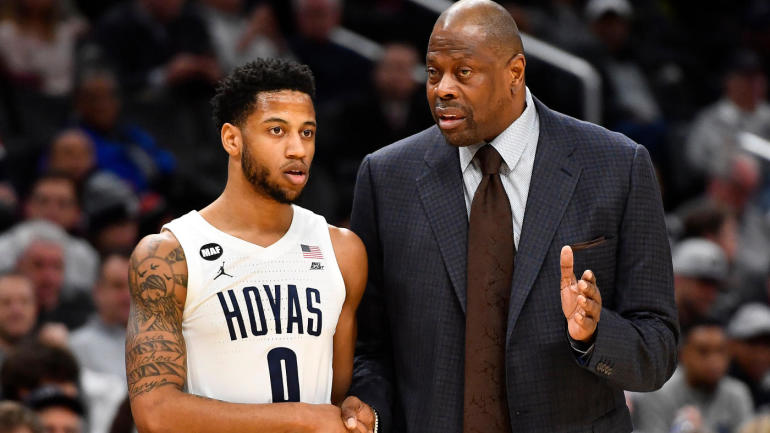 I don’t want to speak for everyone (especially Buckeye fans), but yesterday was everything I think we could have hoped for with the return of March Madness. Personally, I was able to sit down at my favorite bar for hours on end and just watch games all day and night long, just zoning out like I didn’t have a care in the world. It was magical, and I hope you had a similar experience. While I didn’t have a blog out yesterday, I personally also had a six-out-of-eight stretch in the night games, so let’s hope we can carry that momentum into today!

While I didn’t write a post Thursday, I did give out picks for the night with Sean Brace on the Daily Ticket, and also posted them on my Twitter page (@TOKeefe1992). We went 2-1, and I am counting that in the record.

Now that we have made that distinction for the history books, let’s get to the fun stuff with the Saturday Six-Pack!

No better place to get started than the first game of day two of the Madness! I do understand the concerns around Georgetown. They were a below average team [let’s be honest, they were bad] before getting into the Big East Tournament. But all of a sudden, they turned into a winning program like Hoya fans were used to for decades. They took down Marquette, Villanova, Seton Hall, and then dominated Creighton in the final to cut down the nets in the Big East.

Colorado, on the other side, has been a pretty decent team all season long, but as I’ve mentioned a few times on The Gambler this week, I have some real questions about the Pac-12. To be fair, my theory has been wrong twice so far in this tournament, with UCLA and Oregon State both winning outright as underdogs. Still, I don’t expect the Pac-12 to all of a sudden be to college basketball what the SEC has been to college football.

Georgetown is getting 5.5 points right now at DraftKings Sportsbook, and I feel very comfortable taking those points, when I think the Hoyas could win outright.

Take the 5.5 points with Georgetown.

We already had a major tournament upset yesterday, when 15-seed Oral Roberts took down the Big 10 powerhouse and second-seed Ohio State Buckeyes. That being said, I don’t see that happening again this tournament, and especially not in this spot. Personally, I love this Crimson Tide team. I think defense wins championships in March, and Alabama is arguably the top defensive team in the country. I have them going all the way to the final in my bracket before losing to Illinois.

That being said, my play here is not going to be Alabama, who is currently favored by 16.5. I am taking a strong look at that total which sits right now at 148. Like I just said, Alabama is a top defensive team in the country, and the stats back that up with KenPom ranking them second overall in Adjusted Defensive Efficiency.

I don’t think Iona’s Slick Rick Pitino is going to have the talent available to score against this Tide defense.

Take the Under 148 and appreciated some great team defense from Alabama.

We are allowed to sneak in some NBA to our bet slip even though it’s March Madness. The Sixers are coming off of a brutal overtime loss Wednesday to the Bucks and also lost Seth Curry to injury in the process. I’m also not sure if you heard, but that Joel Embiid fella is also on the mend until at least April.

So with these two injuries, the Sixers’ upcoming schedule is also adding in some additional problems; the toughest stretch of the season is coming up over these next few weeks. They include match-ups against the Warriors, Lakers, Clippers, and Nuggets.

This makes it all the more important that the Sixers get an early win against the Kings while they are still playing at home. While they lost on Wednesday, this team has actually played very well since Embiid went down, and I think they know the importance of a hot start to this road trip.

I know the general rules of thumb: If Embiid is not playing, don’t bet the Sixers. But they do have fans back at the arena now, and this team still plays well at home.

Trust the Process and lay the 6.5 points with the Sixers tonight.

The 2019 NCAA Champions are finally getting a chance to defend that title. I thought Virginia was the class of the ACC heading into this season, and that has since been proven wrong. I still think they are a good team, but they have shown some major holes in their game, which is a cause for concern in how far they can make it in the tournament.

The spread on this game currently sits at 7 in the Cavaliers’ favor, and I just don’t have a good vibe on it either way. What I do like, is the total that currently sits at 131. March Madness brings in all new types of people to the betting pool, and those people generally go off what they remember from years past. Vegas knows this when they set the line, and as always they would ideally like close to 50% of the money on both sides. My theory is that people remember Virginia as a defensive powerhouse, and that this total is set to low. This is not the same Virginia team that won the title a few years back. This team can score the ball and has more holes on defense than the past.

Need to give credit where credit is due. I think the whole world had the Spartans in big First Four game Thursday night, and UCLA stepped up and reminded everybody that this is March. What you expect to happen probably won’t. The Bruins beat Sparty in overtime, and also showed me that the Pac-12 might not be as bad as I thought. Again, I’m willing to admit there is a 1% chance I was wrong!

Now, UCLA is ready to face off against No. 6 seed BYU, and they are getting 3.5 points heading into this match-up. BYU is a tough team to evaluate, because they play in a overall weak conference outside of Gonzaga. Overall, I don’t really trust them and that is making me thinking that the Bruins can keep this run going for one more day.

UCLA has some momentum behind them, and honestly I expect them to win this game outright.

Take the 3.5 points and the Bruins.

Nothing else on the board jumped out at me as much as this NBA play. On Thursday, I went over several trends with the Hornets that made think they would go over against the Lakers, and the game ended up going under.

While that was frustrating and ruined my perfect night, I still see the value in those trends for another play tonight. The Hornets have now gone over in the trends below:

Okay, so I made the last one up, but you get the point. We have two strong trends still with the Hornets that show this team has been playing in overs in the situation they find themselves in tonight.

I know we got bit on Thursday, but we need to trust the process and look at the overall trends, not single results.

The total is currently sitting at 232.

Give it 1 more shot with the Hornets over trends, and go over 232 in this match-up.

And there you have it! The Six-Pack is complete and you have all the plays you need to have an action packed Saturday. Enjoy all the great games, and good luck to you and your bracket!