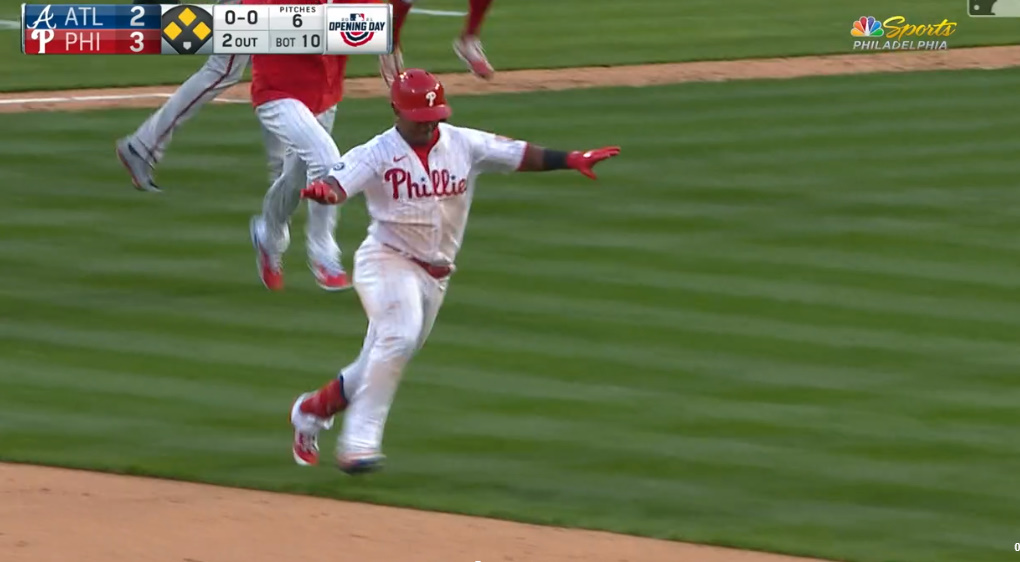 For a while, it felt like it was the same old Phillies.

Squandering scoring chances, and then Aaron Nola cruising until giving up a game-tying two-run homer to Pablo Sandoval.

But, alas, the Phillies were able to get the win in the end, thanks to a 10th inning single by Jean Segura, sending the fans home happy.

You can watch the TV call below, and also the TV simulcast with the radio call of Scott Franzke and Larry Andersen, which I have enjoyed providing to the masses the last few years.