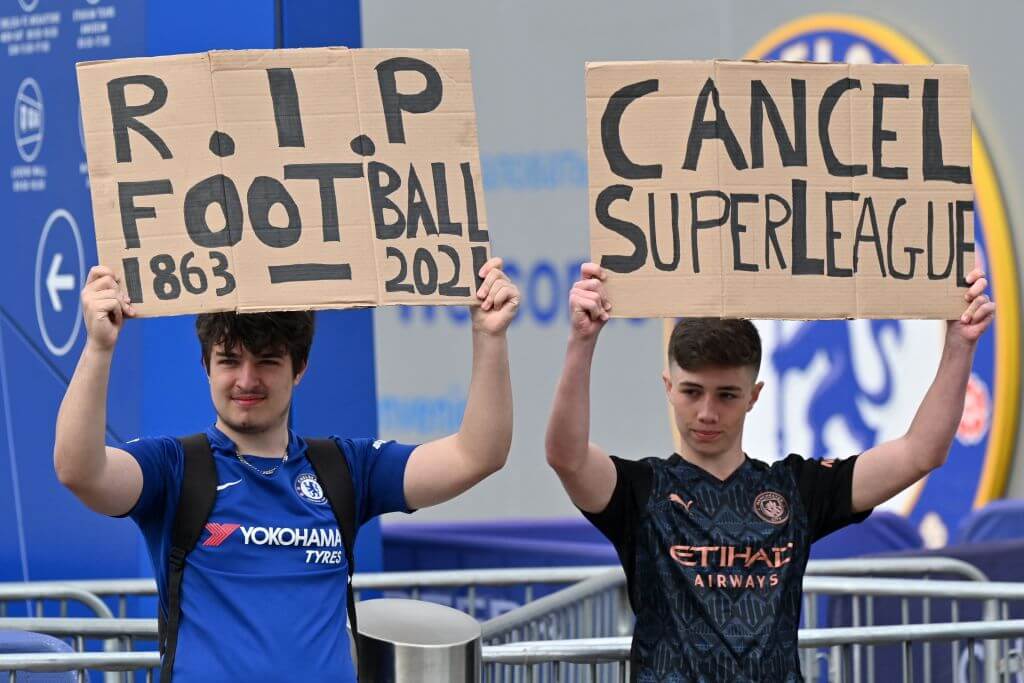 Well, that was fast.

The new European Super League is now in peril after many of the “founding clubs” have released statements on reversing course.

The news comes off the heels of the bombshell announcement made over the weekend for plans of a breakaway European Super League, which has certainly dominated the sports world over the past couple days. As the teams were announced, all clubs involved in this newly created Super League faced immediate backlash from what seemed to be the whole universe, including players who are on some of the Super League teams.

Liverpool captain Jordan Henderson had this statement to make in conjunction with teammates:

Captain Jordan Henderson and his #LFC teammates have posted a message on social media strongly opposing the planned Super League.

Henderson was not alone, as other prominent players have spoken out against the formation of the Super League as well. As pressure continued to mount on these clubs, whether it be via fellow domestic clubs, UEFA, FIFA, fans and or the media, we began to see a domino affect as Chelsea became the first club to back out of the breakaway league. Soon after the rest of the Premiere League teams followed suit, along with two Italian clubs, Inter and AC Milan.

#ManCity and Chelsea fans stand united against the European Super League as they protest at Stamford Bridge. pic.twitter.com/fNfqiXuFBm

As of now, the Super League has been put on “pause” to “reconsider the most appropriate steps to reshape the project.” So what is to become of this Super League? Will it be restructured? Or have we seen the last of it … which was only about a two-day ride, but a hell of a ride nonetheless. In this case, greed usually always wins. However, the people always hold the most power, and the masses definitely made their voices felt. This story is still ongoing so expect some more announcements to be made in the next 24 hours or so.