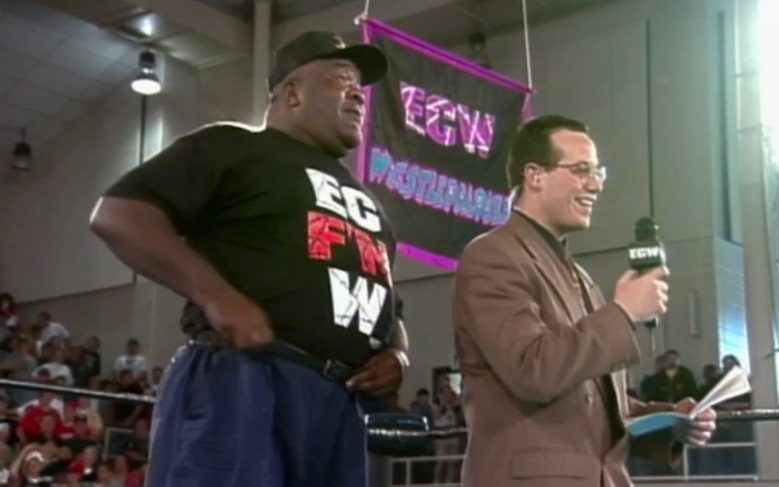 The guys dive deep into Extreme Championship Wrestling’s Wrestlepalooza ’98, which took place May 3, 1998 at the Cobb County Civic Center in Marietta, Georgia.

Shane Douglas would wrestle with four separate fractures, but that doesn’t mean the match was good. New Jack just flies everywhere. RVD and Sabu had a great botchfest. The pay-per-view was great!

We also include the unedited audio of Douglas’ shoot promo before Taz comes out to confront him. It was… wild.