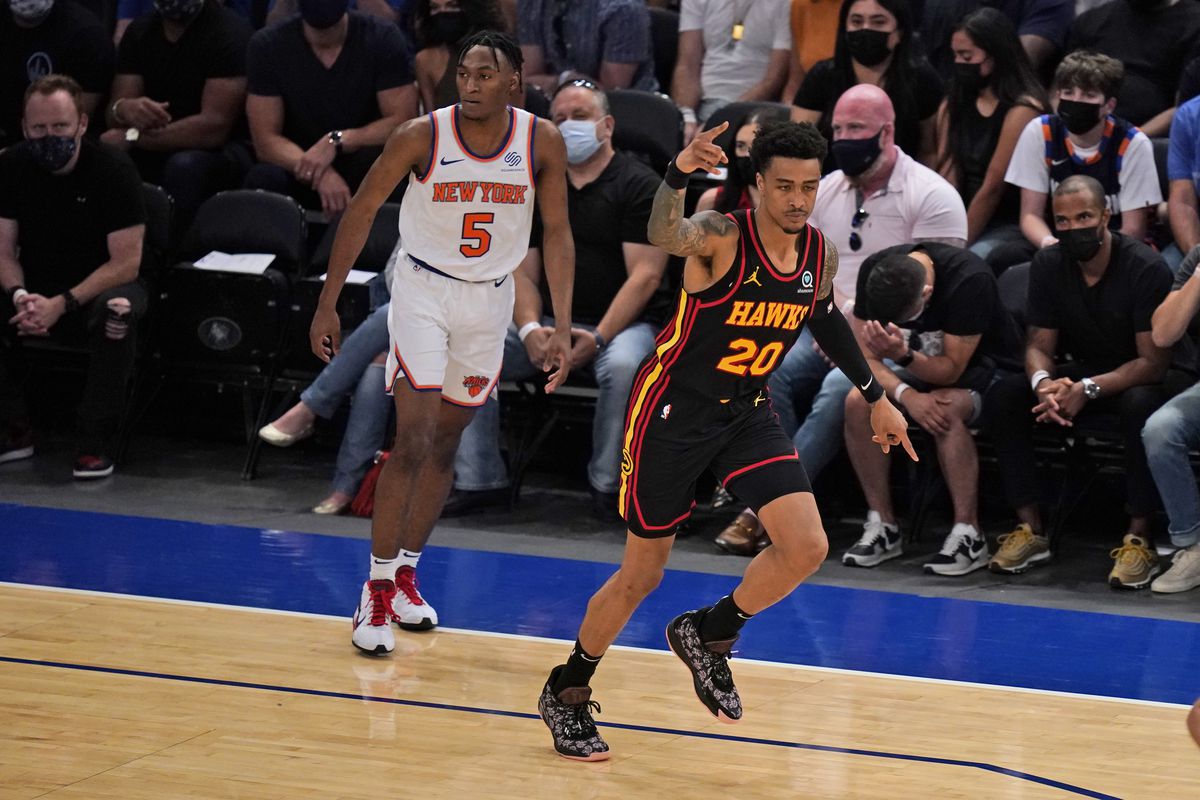 We’ve made it. One of my favorite times of the year is finally here… Memorial Day Weekend. For me, and many, it’s the unofficial kickoff to summer, which is the undisputed best part of the year (any other opinion is invalid). MLB is in full swing (with a ton of misses this year, offense being way down), and both the NBA and NHL playoffs are really taking off.

The only thing I love more than this time of year is winning during this time of year. We had a 4-1 day yesterday with our picks on Twitter (@TKO_Picks), and I’d really love to kick this weekend off right by keeping the ball rolling with some more Ws.

Without further ado, here is your Friday Five:

I spoke about this with Jon Jansen last night on The Line Change, I think this will be our best first-round series in terms of entertainment value. I’m not in any way shape or form a Knicks fan, but to see Madison Square Garden going wild the other night was cool to see, and as a fan of a team that went through a prolonged rough patch, I can be happy as a pure basketball fan that Knicks fans can smile for the first time in almost a decade.

The spread in this match-up is 4.5, and I can really see this game going either way. I have a slight lean towards the Knicks on the spread, but that’s not my pick here. The first two games in this series have been low scoring, and our total of 211 tonight reflects that. I understand the playoffs bring out much more defensive prowess, but when I look at the regular season match-ups of these teams, these totals are night and day. In their three regular season contests, the totals were 221, 235, and 264 (those are in order with 264 being their third and final regular season game). Like I said, I fully buy into playoff defense, but these offenses are better than what we saw in Game 1.

Also, with Atlanta coming home, I expect them to push the pace for a higher scoring game to avoid what happened in the second half of Game 2, as that is an edge for them over the Knicks.

I know that they are professional athletes, and having the dream job of so many they really deserve pity from nobody, but part of me feels bad for the Tigers tonight. They are facing Gerrit Cole who has been absolutely electric this season and I fear that him facing Detroit will remind us of a few weeks back when Jacob deGrom faced the Single-A Cardinals team. Tigers fans, I’ll be honest with you… it might be wise to only watch this game if you want to appreciate just how good Cole is, not if you are going to be hurt watching a rough game for your team.

I am very tempted to make my pick here Under 2.5 total team runs for the Tigers, but that doesn’t leave a ton of wiggle room for Cole or the bullpen, and hence I see a better play.

Casey Mize, a No. 1 overall pick for Detroit, has looked very good in his recent starts, and is shaping up to be a big piece of a Tigers’ rebuild process. The F5 (first five innings for those not familiar, not Brock Lesnar’s finisher) total sits at 3.5, and I think that is our more efficient play here tonight. Cole will likely be lights out, and I trust Mize to either shut down the Yanks, or minimize the damage to a run or two.

One of my favorite sayings about the playoffs is, “You can throw everything before this out the window, it’s meaningless now.” Man, am I about to do that with this next pick. The Nets in this series so far have been dominant. As a Sixers fan, I must admit that they are giving me some nausea, as I just don’t know if we have enough defense to contain all that firepower. That being said, laying eight points on the road in the playoffs is not something that happens very often, and that is for good reason.

Specifically with the Nets, this season they have been eight or more point favorites four times on the road this season. They have lost three of those last four games against the spread, and outright lost the game in the same three of four. Yes, I’m aware that the Nets did not have their ‘Big 3’ for much of the regular season, and now they are clicking on all cylinders, but its still a lot of points to be laying in this situation.

We all know the series is over, but I do buy into the narrative that it is a pride game for Boston to try and at let them dream for a few more nights beyond this. I still think the Nets squeak it out in the end, but I like Boston to show up and fight tonight.

This is in the blog, so it’s obviously an official record counting pick, but I’m going to tell you up front I don’t love this one as much as others in the post.

That being said, I’m going to start it with a question: Can the Clippers really be complete frauds? It seems like nobody besides Kawhi Leonard and Playoff P (to an extent) have shown up at all in this series for the second L.A. team. I knew coming into the playoffs that their depth and lack of a true third scoring option would limit them, but man is has been put on blast in these first two games.

I do believe the Mavericks will win this series, now having home court advantage and a 2-0 lead, but I have a real time struggling with the idea that Dallas is ready to completely bury the Clips. I already told you that it’s not my favorite, so you have been warned, but I’m going to ride with Microsoft and Steve Balmer for one last shot to make this a series tonight.

The second-best rivalry in the NL West (that has to hurt S.F. fans) has been very one sided so far this year, with the Giants currently winless against their Southern California counterpart. They were swept earlier this week, and dropped game one in this new series last night in a tight 4-3 loss. Playing into a narrative story in this one, I buy into the idea that this game does have extra meaning to the Giants.

They are throwing Anthony DeSclafani, who was absolutely pummeled by these same Dodgers earlier this week, letting up 10 earned runs in 2.2 innings of work. Obviously, that is a complete disaster, and DeSclafani’s ERA now sits at 3.54. Yet, if I simply exclude that one start, he has an ERA of 2.03 and has been elite throughout the rest of the young season. In reality, the true DeSclafani is somewhere in the middle. Long-term, he will regress to a high 3’s low 4’s ERA and get back to normal. But again, I’m buying into the narrative that this year he is better than what he showed in this last outing, and will step up tonight.

I know I’m selling you this pick a bit, and I need to as the Giants are +170 on the moneyline, but I’m ready to put this in my record cause I truly believe in this play tonight.

Everyone get out (if the weather let’s you) and enjoy this long holiday weekend!