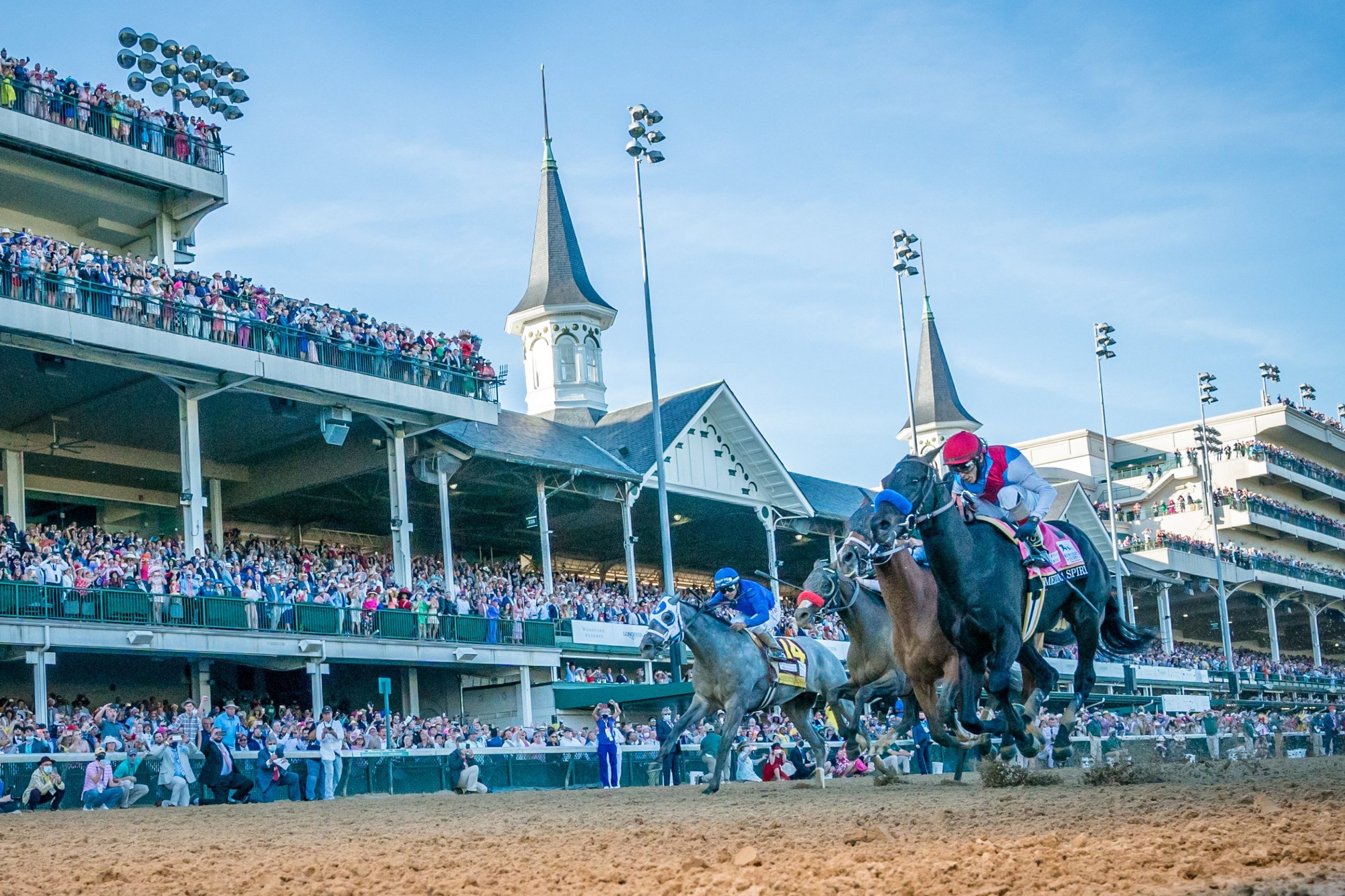 My how time flies as we’re onto the month of May. The Kentucky Derby was this weekend and the race had an exciting finish. In addition, the NFL Draft started Thursday night and concluded on Saturday. Night one saw the Eagles make a deal with the devil to land their guy. Night two appeared to show a bit of distention within the Eagles brass in their war room. Speaking of war, all hell is breaking loose with Aaron Rodgers and the Green Bay Packers.  All this and more in this week’s Brew. Let’s get to it!

The Eagles danced with the devil at the draft

The Cowboys trade the No. 10 pick to the @Eagles, who select: DeVonta Smith, WR, Alabama@DeVontaSmith_6 | @AlabamaFTBL

Eagles and Cowboys making a trade at the NFL Draft pic.twitter.com/6PR8wRgXoA

DeVonta Smith should provide a major boost to the Philadelphia Eagles offense and is ready to get reunited with Jalen Hurts. #FlyEaglesFly @lhenry019 https://t.co/nSIf3u7A45

Jalen Hurts and Davonta Smith have been reunited

DeVonta Smith and Jalen Hurts linking back up in Philly 🔗

Let’s check in on a Giants fan

The Friday Night picks for the Birds were as follows

Gee whiz fellas did you see me put in that pick?! pic.twitter.com/uwmlh13462

All of the Birds picks

Round 1 results for the NFL Draft… 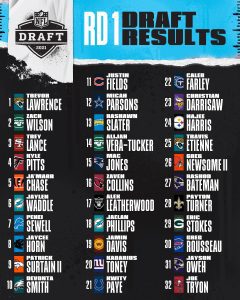 *Colts select a QB in the draft*

Put up a Carson Wentz 2021-2021 banner next to the Josh McDaniels banner in Indy https://t.co/zR5wkOBXgX

Carson Wentz when he saw the colts draft a QB pic.twitter.com/NEbwUMg8zw

More on Aaron Rodgers’ being unhappy with the Packers:https://t.co/LS1yFNDLtK

“The Denver Broncos are going to get Aaron Rodgers. They are going to bring him out to the Mile High City, they are going to sell him on the idea that he can do what Peyton Manning did.”@ClayTravis on how the Packers QB will eventually be the Broncos starter on Week 1: pic.twitter.com/HQwSDJKhkd

Or Rodgers to Brooklyn?

Breaking News AARON RODGERS has Agreed to a Vets Minimum With The Brooklyn Nets pic.twitter.com/EWs7X9BRdl

Aaron Rodgers seems unbothered by the chaos around him

Aaron Rodgers is looking unbothered at the Kentucky Derby 🤣 @brgridiron

Mike Tirico caught up with Rodgers

The full quote from NBC’s ⁦@miketirico⁩ after a conversation with still-#Packers QB Aaron Rodgers off camera at the Kentucky Derby. pic.twitter.com/WT5CbE9hWj

Tom Brady also made an appearance at the Derby

What a beautiful sound

The call to post at the @KentuckyDerby. TV: @NBC pic.twitter.com/Wm6mFk5wHV

On to the race itself

A battle down to the wire!

Watch the replay of the Kentucky Derby. pic.twitter.com/1YPo3DRTJZ

Bron in the finals, dont bet vs Brady or Saban… AND ALWAYS PUT MONEY ON A BAFFERT HORSE! #SportsBetting101 #KentuckyDerby

Things could be going a lot better for Rudy Giuliani right now. https://t.co/2c294FDY29

While on the topic of being screwed… here’s Matt Gaetz

EXCLUSIVE: The Daily Beast has obtained a confession letter that Joel Greenberg wrote while working with Roger Stone to obtain a pardon… and it directly implicates Matt Gaetz https://t.co/hJNkkmnudq

Republican leaders apparently are okay with the behavior from Gaetz

The likes of @GOPLeader & @SteveScalise have taken no action against #MattGaetz for any of his deplorable behavior–but when it comes to a long standing true conservative, who has integrity, like Liz Cheney-the gloves are off. #Trumpism in a nutshell. https://t.co/MKXaX6PLMh

The circus is taking it’s show on the road

Ted Cruz really doesn’t care about anyone but himself

The two “no” votes were Senators Ted Cruz and Mike Lee.

The new big lie… they’re coming for your burgers

Acosta: This was USDA Grade A bullshit and the reporter who wrote the story resigned… but the damage was done, pumped out over the airwaves at the bullshit factory also known as Fox News pic.twitter.com/1j2GDOVlwJ

It’s stunning that some in Congress are okay with this

Video obtained of the US Capitol riots via a legal challenge by ⁦@nbcwashington⁩ is perhaps more telling in how it *sounds* pic.twitter.com/TsTyk8UEt7

At least 10 of the 45 ultra-Orthodox Jews killed in Friday’s stampede at a festival in Israel were under 18, according to a newly published partial list of victims’ names. Four Americans, a Canadian and a man from Argentina were among those killed. https://t.co/oZzO9oPkiS

Things are getting worse in India

“One of the things to be considered is to temporarily shut down – I mean literally lock down – so that you wind up not having more spread,” Dr. Anthony Fauci said about India.https://t.co/81MUueYq2t

Tucker Carlson is an awful human being

Tucker: Really? The worst attack on our democracy in a 160 years? How about the immigration act of 1965? pic.twitter.com/ibftJ7ofnE

Shaq’s son made a decision

Not a good look for Marilyn Manson

Jayson Tatum went off and the Spurs choked like no other

Tatum’s 60 points cause the Spurs to blow their largest halftime lead in franchise history 😳 pic.twitter.com/mrLgSagX5q

Lamelo Ball is back

LAMELO WASTING NO TIME IN HIS RETURN! 🤯 pic.twitter.com/u0MTDjqLk2

This young fan caught Bo Bichette’s homer (while wearing his jersey), and he waited around to let Bo know!

Via @_ngn3_ on IG pic.twitter.com/qas2vqACla

Fernando Tatis Jr. is a monster

Daniel Bryan is off of Smackdown now

WHAT. A. MATCH! #SmackDown pic.twitter.com/yrQOih7tuA

LeBron said trying to return from the high-ankle sprain made him “more stressed” than he’s ever been. pic.twitter.com/OaPqxYhhc3

Manchester United fans are not pleased

BREAKING: Angry Manchester United fans are staging a protest against the club’s owners after getting inside their Old Trafford stadium.