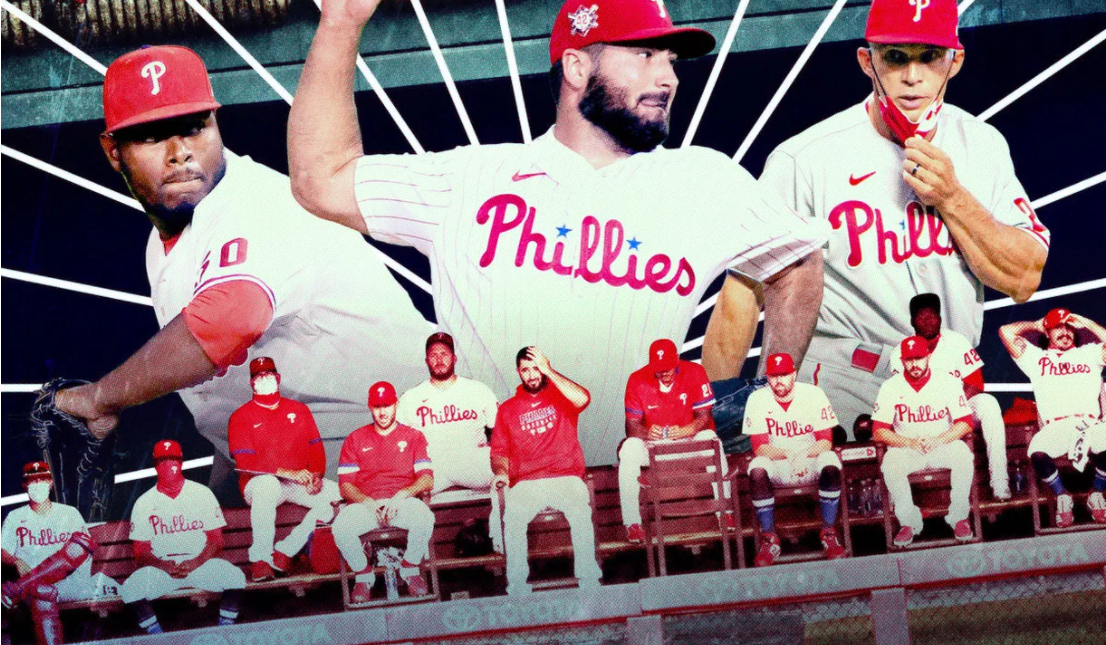 We’re back this week with an all new Brew. Unfortunately, so is terrible play by Philly sports teams in the city. We still haven’t recovered from the Sixers choking. The Phillies bullpen is proving to be one of the worst bullpens in the history of all of history and the fans are losing their minds about it. Oh yeah, if you’re keeping track – Ben Simmons is still a Sixer. So yeah, things are looking sunny in Philadelphia as always. Let’s just get on with it. It’s Brew time.

MICHAEL CONFORTO WALKS IT OFF!

This game wouldn’t be right without a Hector Neris blown save#Phillies #RingtheBell pic.twitter.com/AFVyUicWNd

Get out of here!

That Phillies bullpen has now blown 6 saves just in their last 4 games. That seems like a lot.

I agree with Kevin

The Phillies bullpen experience has been excruciating. I thought last year could not get any worse… 18 blown saves already this season leads MLB. I’m starting to think we sold every pro team’s soul for the Super Bowl 52 win.

An oldie, but a goodie

Someone please check on Nick

I think maybe this Hector Neris as the closer thing should be over pic.twitter.com/JEks2pKxa4

On the bright side, this is a beautiful stroke

.@wojespn reports the latest on Ben Simmons’ future with the 76ers: pic.twitter.com/WHL4CNrb1i

Scottie Pippen had some THOUGHTS on Ben Simmons (via @GQSports): https://t.co/geU2XdSQsJ pic.twitter.com/3KwzdJF28u

“The #Sixers can say they dont want to trade @BenSimmons25, thats a DAMN lie.” pic.twitter.com/pL6SwliEQ7

Even the Nationals had jokes

Game-tying 3 pointers in Philly this year:

The jokes are just getting brutal

Should Ben Simmons stay or go?

The Ben Simmons Saga: Should he stay or should he go?

Sean Brace has had enough

We trade Ben Simmons yet? pic.twitter.com/5inwbNPv4h

Tobias Harris has some words for the fans

Tobias Harris with some words for the fans a few days after the G7 loss: pic.twitter.com/j8lHgGUZzR

Portland has a new head coach

Billups — the 2004 NBA Finals MVP — was offered the Trail Blazers job tonight and will be the new Portland coach. https://t.co/R05tXu0KLP

Please get Dame to Philadelphia somehow

The backlash from Portland Trail Blazers’ coaching search and his concerns over whether a championship contender can be built have become major factors that could force Damian Lillard to request out, league sources tell @YahooSports. https://t.co/syN8upvWPx

Bring back the Kelly Green uniforms

NFL will allow teams to use alternate-color helmets again, starting in 2022. https://t.co/lEsSUpFMGt

Do it in the regular season

This is a cult

OAN calls for the execution of “tens of thousands” of Americans who “stole” the 2020 election from Trump. pic.twitter.com/N2ylNFK8FH

Spotted near LoserPalooza in Ohio

Crowd chants lock her up while Trump talks about Hillary Clinton while lying about the last election pic.twitter.com/mzruFMTQlV

We put some posters up today at the Trump rally just to be safe. pic.twitter.com/Ukx1TwSUIq

More from the rally

What a joke of a punishment

BREAKING: An Indiana woman becomes the first defendant sentenced for the Jan. 6 riot at the U.S. Capitol. Anna Morgan Lloyd pleaded guilty and was sentenced to three years of probation, 120 hours of community service and ordered to pay $500 in restitution. https://t.co/HRZ9j0OLfx

Wow. One day after making a tearful apology in court, January 6 defendant Anna Morgan-Lloyd is downplaying the attack and doing a sympathy tour on Fox News.

Yesterday, in court, she said: “I’m ashamed that it became a savage display of violence that day.” pic.twitter.com/Ovh3CbiTDa

A picture is worth a thousand words

Rudy Giuliani has been suspended from practicing law in New York. The New York State appellate court ruled that the former NYC mayor’s frequent ‘demonstrably false & misleading statements’ regarding the 2020 election & election fraud made him an ‘immediate threat’ to the public. pic.twitter.com/tASBlHV3Qt

.@RudyGiuliani sounds off after law license was suspended – “America is not America any longer…we have a double standard.” pic.twitter.com/a1h2uUvjE5

Someone please shut this nerd up

Could you imagine the tears from conservatives if liberals did this?

Public universities in Florida will be required to survey both faculty and students on their political beliefs and viewpoints, with the institutions at risk of losing their funding if the responses are not satisfactory to the state’s GOP-led legislature. https://t.co/cWzHyhhmIw

Former NRA President duped by Parkland parents into giving fake graduation speech to empty chairs. He thought this was the rehearsal, but a simple Google search would have told him the high school doesn’t even exist. pic.twitter.com/RLZns6YCIB

Right-wing pastor Greg Locke will not apologize for being a false prophet after repeatedly guaranteeing that Trump would be reelected because he insists that he got it right: “Donald Trump is the legitimate president of the United States of America.” https://t.co/dXYJkWzSlh pic.twitter.com/lnRsKuDhiC

A judge has denied former Minneapolis police officer Derek Chauvin’s request for a new trial in the death of George Floyd https://t.co/HtJfn28Mvn

Chauvin sentenced to 22.5 years in prison

US COVID-19 deaths: Most who died recently were unvaccinated, data shows https://t.co/zTnNd1LNUi

BREAKING: The death toll from the building collapse near Miami has risen to five, according to Miami-Dade Mayor Daniella Levine Cava. The discovery dropped the number of unaccounted for down to 156, she said. https://t.co/U8OqUhmKd8

Britney Spears told a judge on Wednesday that she was drugged against her will under a court-approved conservatorship that gave her father control of her life and finances.

Read an annotated transcript of her 23-minute speech. https://t.co/VfojCk8aVK

A lot of hearts are melting with this

July 4th is around the corner, do you have plans yet?

Here’s what you need to know about how to comply with the City’s plastic bag ban, which begins October 1, 2021

Thoughts on the 2021 All-Star Game uniforms?

We told you…this kid is a stud!

This throw is just incredible

still trying to comprehend how ke’bryan hayes made this play pic.twitter.com/ZgP5lAstYS

Look at this angle

This angle of Ohtani’s homer >>> pic.twitter.com/lvIgWIGbri

UH OH!! Looks like we may have our first POSITIVE substance check. Hector Santiago’s glove has been put into some sort of bag to be shipped off for inspection. What a time we’re living in. pic.twitter.com/ZyDCtJ7Fim

Gerrit Cole gives up four runs in the first inning, and gets the substance check pic.twitter.com/ledh7dNbcR

The Canadians are heading to the Stanley Cup Finals

And here it is, the goal that sends the @CanadiensMTL to the #StanleyCup Final.

Here’s the the Series schedule

The title defense continues when the @TBLightning clash with the @CanadiensMTL in the 2021 #StanleyCup Final, their first head-to-head playoff series since the 2015 Second Round.#NHLStats: https://t.co/cQtcLTo63v pic.twitter.com/iayMsaGL5o

Get out of the way, moron

look at this absolute nightmare that resulted pic.twitter.com/3Nf2QFMqHu

Edge vs Reigns at Money in the Bank, but it looks like Rollins will screw Edge…

Seth Rollins is not happy about Edge getting the match with Roman Reigns at #WWEMITB pic.twitter.com/vholqVJUCz